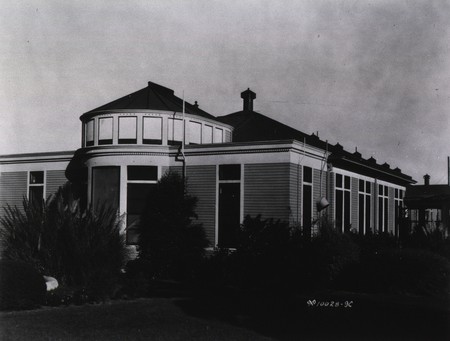 Without a doubt, the Presidio is the greenest part of San Francisco. It is a part of the larger Golden Gate National Recreation Area, replete with hiking trails, forests, iconic art museums, and fields of fresh greenery. The Baker Beach and Crissy Field are perennial favorites, providing an iconic view of the Golden Gate Bridge — as picturesque a backdrop as exists anywhere. For busy Bay Area inhabitants, the Presidio is place that recharges and rejuvenates.

Before its transition to recreational area, the Presidio served as a military fort for well over two centuries. The Presidio began as a Spanish fort during the faltering times of New Spain on North American soil. In 1776, a Spanish soldier named José Joaquín Moraga led a party of men to what is now San Francisco, defending Spain’s claim to the Bay Area as well as supporting Mission Dolores. When Mexico gained its independence from the Spanish rule, the fort came briefly under the Mexican ownership until American forces seized control during the Mexican-American War in 1846.

From then on, the Presidio served as a military base for the U.S. Army, from which American soldiers directed multiple military operations — including extensive work to control and protect Native Americans. In 1853, construction of Fort Point, which became an emblem of American coastal defense at the time, was initiated. Fort Point represented the U.S. effort to establish a system of defense on the West Coast, as well as the crucial military importance of San Francisco Bay.

The Presidio engaged in multiple military developments, including the American Civil War and the ongoing operations against the Native Americans in the region. The most significant and notable involvement was during the Spanish-American war in the Philippine Islands, during which the Presidio became the America’s center for training and shipping out forces to the Asian Pacific.

As a response to the influx of injured soldiers from the Spanish-American War, the Letterman Army Hospital was established at 1902. Built at a critical wartime location, this hospital would remain in service for almost a century.

In 1906, the devastating earthquake that hit San Francisco prompted immediate response from the Army units stationed at the Presidio. Under the direction of the San Francisco city government, soldiers were heavily involved in fire suppression efforts and efforts to provide security to the city’s inhabitants. Temporary shelter for earthquake refugees was set up on the Presidio as well.

The Presidio underwent rapid expansions during the U.S. involvement in World War I. Similar to its role during the Spanish-American War, the Presidio again became the center for assembling, training, and deploying troops. The Letterman Hospital played an active role in the war.

In the 1920s, the Presidio saw the creation of Crissy Field, the first Air Coast Defense station on the West Coast. Between the two World Wars, extensive aviation research and innovation took place at Crissy Field, which resulted in record-breaking transcontinental and transpacific flights.

During World War II, the defense of the Western U.S. was centered at the Presidio. Wounded soldiers from the Pacific Theater streamed into the Presidio to the Letterman Hospital, which saw an astonishing number of more than 73,000 patients in 1945 alone. At Crissy Field, temporary barracks were built at the ends of the airfield, which served as classrooms for second-generation Japanese-Americans to be trained as wartime interpreters.

After World War II, the Sixth United States Army was headquartered at the Presidio, assuming a familiar role of troop training and mobilization. Following the precedent of the 1906 earthquake, it also served as a federal agency to coordinate disaster relief by the military. When the Korean War began in 1950, the Presidio’s headquarters, forces, and the Letterman Hospital were remobilized to assume traditional wartime functions.

In 1995, the Sixth U.S. Army was inactivated as a part of the national force reduction efforts. As a result, the control of the Presidio was transferred to the National Park Service, ending over two centuries of military use of the Presidio. This act involved the deactivation of the Letterman hospital and its research institute. In 1996, Congress voted to privatize the Presidio, creating the Presidio Trust to manage the interior 80% of the Park’s lands.

The current-day Presidio is a financially self-sufficient neighborhood of mixed commercial and public use. It has a thriving real-estate scene, as well as a large inventory of historical buildings and recreational areas. Recognized as both a California Historical Landmark and a National Historic Landmark, the Presidio is a place of rich history — a true treasure of San Francisco.

Yoojin is an economics student at the University of California, Berkeley, in a constant pursuit of happiness and good vibes. Someday, she hopes to make a living out of thinking and writing about important social issues. Until then, she has made it her mission to chronicle every single boba place in the Bay Area. For snapshots of her explorations, follow her on Instagram @yoojinshin1.