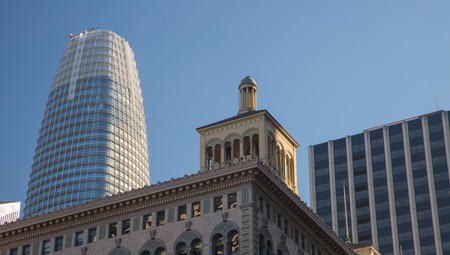 The Salesforce Tower, a shimmering glass and steel skyscraper visible from everywhere in San Francisco, epitomizes the tech boom that has transformed the city, redefining everything from its skyline to its place in the cultural zeitgeist.

As the morning fog parts over the North Bay, the glittering windows of the Salesforce Tower, a behemoth of glass and steel standing 1,070 feet (326 meters) tall, offer the first glimpse of nearby San Francisco.

Standing in stark contrast to the low-lying silhouette of the city, the skyscraper is named after its largest lessee, cloud-computing software company Salesforce. Completed in May 2018, it is the second-tallest building west of the Mississippi River and the tallest in San Francisco. 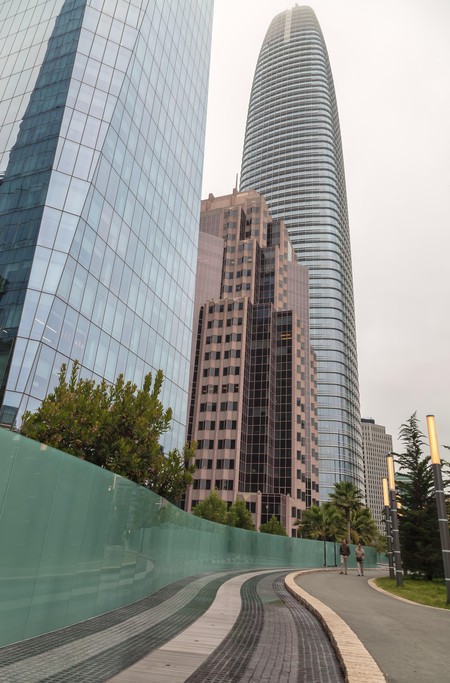 Casting a long shadow across the metropolis, the tower has redefined San Francisco’s skyline, epitomizing the transformational impact of the tech industry on the city.

Once known as a bastion of counterculture and progressive social values, San Francisco is now synonymous with start-ups and sky-high funding rounds. There are some 80,000 high-tech jobs in its 49 square miles (127 square kilometers), about triple the number a decade ago, according to new research from the real estate firm CBRE. One in three of the city’s office workers today are employed by tech firms.

For San Franciscans, the consequences of this sudden influx of wealth and power have played out at street level. While the industry’s presence and investment dollars have ushered in a new wave of prosperity (there are 70 billionaires in the city), an alarming housing crisis and astronomical rise in socio-economic inequality have taken hold.

In the city’s Victorian, terraced hills, techies’ buying power has led to the forced eviction of long-term residents. For the vast majority of working- and middle-class families, homeownership, the emblem of the American Dream, is now out of reach. 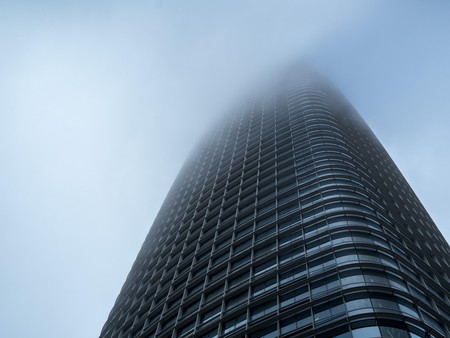 Just a stone’s throw from the Salesforce Tower is 181 Fremont, which houses Facebook’s San Francisco office. Recently, the five-bedroom penthouse that forms part of the mixed-use building sold for $42 million. The median household income in the city is approximately $80,000.

Marc Benioff, a San Francisco native and billionaire co-founder of Salesforce, has, despite the grandiosity of the building, tempered its messaging. At the ribbon-cutting ceremony, Benioff directly addressed the city’s challenges and tech’s role in solving them.

Painting the moment as “an opportunity for deep reflection about who we are,” Benioff, a vocal proponent of Proposition C, a bill aimed at fighting homelessness by raising taxes on big businesses, called on his fellow tech CEOs to put their weight behind efforts to address the problem of inequality.

“Kids walking down the sidewalk, families in shelters, families sleeping in cars – they’re all looking up at this building. I want to say to them, when you look up and see this tower, I want you to know you are not alone,” Benioff continued, referring to his Heading Home campaign, which aims to raise $200 million to get every homeless individual off San Francisco’s streets. 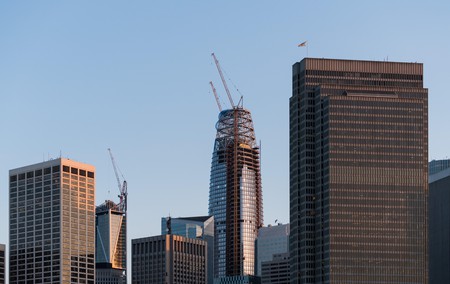 “It’s tempting to say that the challenges are because of the tech companies,” continued Benioff. “The truth is … many of these issues have been chronic issues for decades. As I’m challenging tech to step up, I’m also challenging others not to scapegoat the tech community … Tech wants to be part of the solution.”

However, few of the industry’s leaders are in agreement about what shape the solution might take. Benioff and Twitter CEO Jack Dorsey, a critic of Prop C, faced off on the microblogging platform over the ballot measure. San Francisco Mayor London Breed, who grew up in poverty and in public housing in the city’s Western Addition neighborhood, has also spoken out against it, warning that companies and jobs would leave the city if the new tax went into effect. (Voters approved the tax in November 2018, but the measure was held up by a court challenge.)

For San Francisco, the ideological battles and construction booms that accompany sudden wealth are nothing new.

Founded in 1776 by Spanish colonists, San Francisco became a boomtown during the gold rush of the 1840s. As hordes of fortune seekers rushed to the city, lawlessness was common, and the town gained notoriety as a haven for criminals, prostitution and gambling. In 1906, an earthquake decimated the city – its rebuilding saw the creation of some of its most important and ambitious architecture, from the Palace of Fine Arts to City Hall. 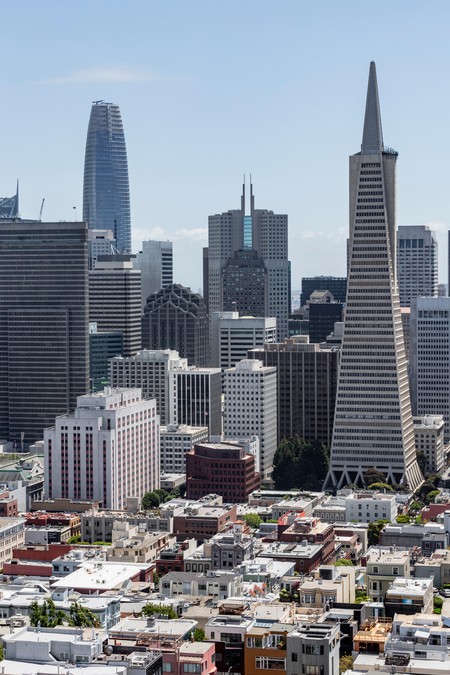 After WWII, an influx of returning soldiers, significant immigration and liberalizing attitudes transformed the city into the center of the hippie revolution of the 1960s and ’70s. In the middle of the movement, just months before the Summer of Love, San Francisco-based insurance company Transamerica unveiled plans for the Transamerica Pyramid, a building that would be the tallest in the city.

Activists, wanting to keep corporate skyscrapers out of the city, succeeded in having its height reduced from 1,040 feet to 853 feet (from 317 meters to 260 meters). Still, it remained the tallest structure in San Francisco for half a century, until the arrival of the Salesforce Tower.

Today, the Transamerica Pyramid is a beloved icon and symbol of the city. Whether the city embraces the controversial new monolith is inextricably tied to the reputation of its techie inhabitants. But amid clashing visions of the future, the buildings, and the tech industry, keep growing.