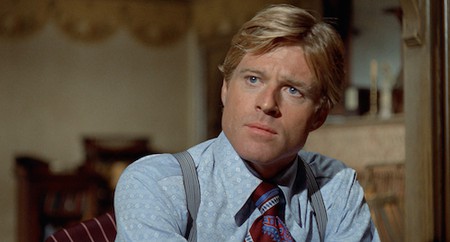 The founder of the now highly acclaimed Sundance Film Festival is originally from LA and grew up in Santa Monica. However, Robert Redford now resides in Park City, Utah where he established Sundance Film Festival, the greatest independent film event of the year. In the height of his fame, he both starred in and directed a plethora of very successful movies, even winning an Oscar for his directorial work. Here are some of his most well-known pursuits.

Butch Cassidy And The Sundance Kid (1969)

A classic Western in the most popular time for this genre, this film cemented Redford’s fame and won multiple awards that year. He co-starred with Paul Newman, playing two outlaws on the run.

Another of his prolific films, this role was a little different for him as it was primarily a romance, starring alongside Barbra Streisand. However, Redford’s performance is equally memorable as a writer in a world of political unrest in 1960’s Hollywood.

Redford once again collaborated with Paul Newman in a blockbuster hit where they play two con men seeking revenge against an Irish mob boss. He was nominated for Best Supporting Actor, and the film itself won ten Academy Awards.

Set in the early 1970s and centered around the Watergate scandal, the dramatic story was brought to the big screen from the perspective of reporters who investigated the case, portrayed by Robert Redford and Dustin Hoffman.

Redford’s directorial debut was perhaps even more well received than his acting roles, easily winning him Best Director and Best Picture. The film depicts the disintegration of an upper middle-class family in Illinois after the death of their son.

He scored again with this thoughtful film that he directed starring his younger look-alike Brad Pitt when he was just becoming famous as well. It’s a beautiful period drama about the relationship between two rebellious brothers.

The Quiz Show is a historical drama that questions the legitimacy of American reality television as a young lawyer investigates a quiz show that he believes may be fixed. This film also received many nominations for Redford as a director.

Redford directed this sports drama film about a golfer in the 1930s trying to get his swing back after coming back from the War. It stars Matt Damon, Will Smith, and Charlize Theron.