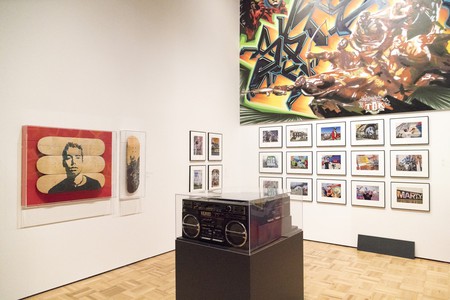 For a long time, hip-hop was not thought of as art. Some saw it as a phase that would quickly fade away, but it’s been 50 years, and hip-hop still thrives. There’s one place that’s paying homage to hip-hop and it’s called the Oakland Museum of California (OMCA) and they’re doing it with a special exhibit titled, RESPECT: Hip-Hop Style & Wisdom.

The Oakland Museum of California, an interdisciplinary museum that focuses on California art, history, and natural science, sits between Lake Merritt and Chinatown in Oakland, California. The RESPECT exhibit opened in March and will continue until August 12. The focus of RESPECT is to show the multifaceted aspects of hip-hop from the music to the fashion, cars, art, activism, dance, and social movements over the years. Ultimately, you’ll walk out of the exhibit with a whole new perspective of hip-hop and how significant it has been to the world. 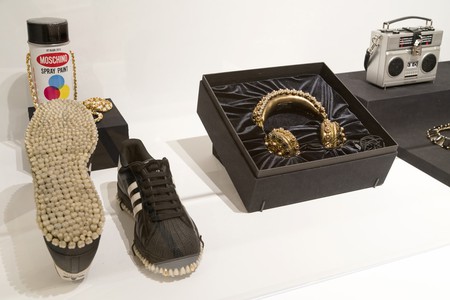 RESPECT: Hip-Hop Style & Wisdom is a wonderful experience for people of all ages and backgrounds – even those who don’t listen to hip-hop. The exhibit is in a multi-room space, and the first room offers interactive displays like a DJ station where you can practice record scratching and a hip-hop dance instruction video area that invites visitors to dance. DJ Mike Relm has created an immersive 41-minute video environment that’s a mash-up of hip-hop music videos over the decades, which can be viewed from bleachers. Behind the bleachers is a microphone for anyone who’s brave enough to start a rhyme game following the instructions provided.

Further in, the displays become more elaborate. You’ll see video stations where you can sit and listen to artists speak about their stage names or the history of hip-hop. Flamboyant fashion pieces and books on hip-hop are displayed in creative ways. There’s even a red low rider, walls of graffiti, photography displays, and boom boxes. 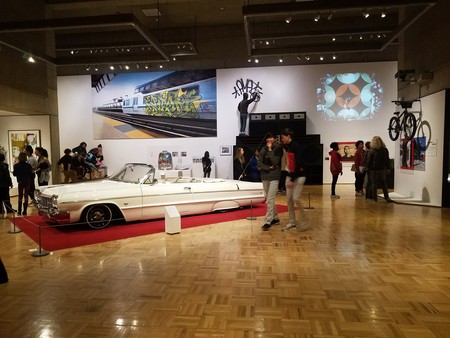 In addition to showcasing how hip-hop has thrived in the Bronx, the Oakland Museum of California has made sure to feature Oakland contributions to hip-hop by working with local dancers, artists, and photographers to create the exhibit, as well as dedicating a large section called “The Town” to Bay Area hip-hop stories. 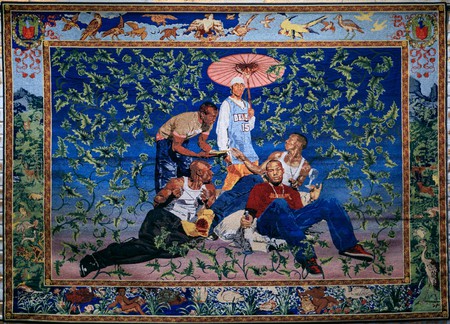 The RESPECT exhibit at OCMA features hip-hop art like this tapestry by renowned artist, Kehinde Wiley | © Kehinde Wiley, "The Gypsy Fortune Teller" / Courtesy of The Oakland Museum of Art

Don’t expect to get out of the exhibit in less than an hour. You’re going to be overwhelmed by all of the fun interactive hip-hop displays, the colorful graffiti artwork, as well as the nostalgic and cool vintage photographs from the early days. If you have time, attend related events that the OMCA is putting on in conjunction with the exhibit like hip-hop yoga, local hip-hop speakers, freestyle rap, dancing, and beatboxing nights.

Head to the OMCA and check out RESPECT: Hip-Hop Style & Wisdom to see why hip-hop never dies.