Pillow Talk: Between the Sheets of Found Hotel, Santa Monica 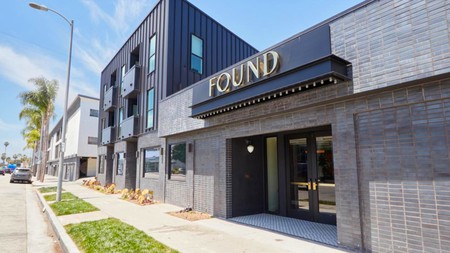 Sun, sea, swaying palms – coastal Santa Monica, just to the west of Downtown Los Angeles, has everything you’re looking for in a Californian city break. Sure, with its good looks and glut of celebrity residents, it’s not exactly what you’d call cheap. But that’s where Found Hotel Santa Monica comes in. Set on Santa Monica Boulevard in a quiet neighborhood between Sawtelle and Mid-City, it’s within striking distance of the sights and at a price point that’s easy on the wallet. That’s more cash saved for frothy artisan coffees and yoga classes. 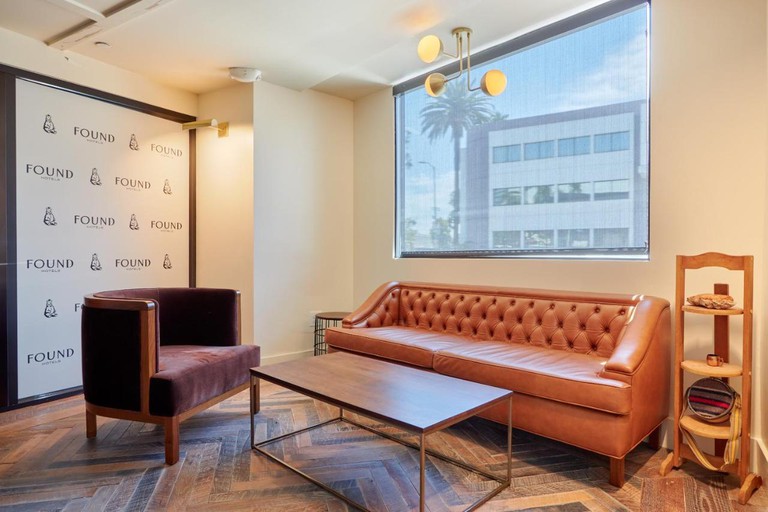 All the trendy modern stylings are here: herringbone wood floors in the lobby and black taps in the bathrooms. But what makes Found’s box-fresh base in Santa Monica unique is that it’s set up for extended stays as well as short ones – perfect for digital nomads – and comes with access to fridges and a laundry area. Spend your mornings tapping away at your laptop and evenings down amid the bright lights of Santa Monica Pier, a 10-minute walk away. Alternatively, buzz around your friendly local neighborhood. 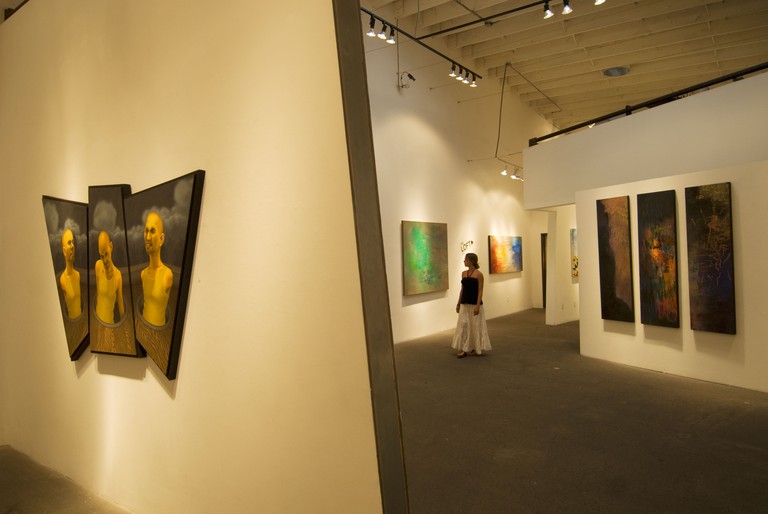 A hop south of Found, this cultural center – in effect, the largest gallery complex in Southern California – will have art fans swooning. A railroad station until the 1950s, it became a creative space in the ’90s and now showcases rotating exhibitions by artists from around the world, with paintings, photography and even video installations. There’s a lot to see, so check out the website to pick your favorites first, whether that be contemporary painting at the William Turner Gallery or emerging works at Copro Gallery.

Brunching is practically an Olympic sport in Santa Monica – and coffee is taken just as seriously. Rock up at this spot just down the road from the hotel, and you’ll find quality beans brewed in every style you could imagine, including pour over, cold brew and nitro. Supplement your artisan cortado with a flaky, sugar-dusted pastry, grab a seat at one of the long communal wooden tables, then chat to the baristas about cycling (they’re obsessed). 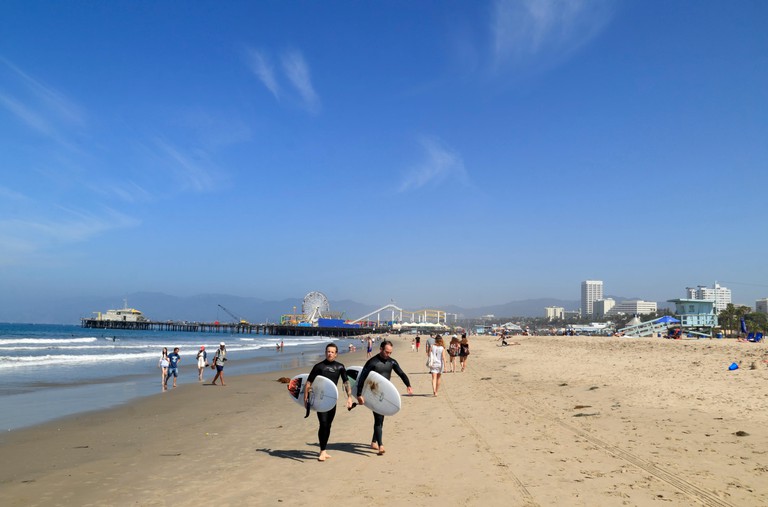 Life in Santa Monica revolves around the beach. With its luminous waves and golden sands, it’s perfect for surfers, too. Stock up on everything you need at this family-owned shop, just a three-minute walk from Found. No matter if you’re looking for a board, a wetsuit or just some cool surf-style streetwear, you’ll find it here. A total newbie? If offers lessons, too – including rented boards and wetsuits – bookable by the hour. 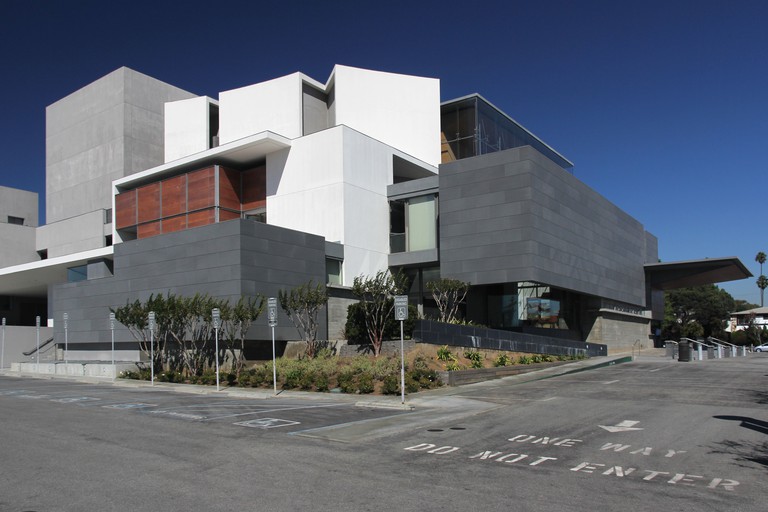 Nearby LA might be all about the movies, but when you’re here in Santa Monica, make for the Broad Stage, a theater attached to Santa Monica College, just a five-minute drive from Found. The Broad Stage turns out everything from concerts to comedy performances and dance, and any night of the week, you can expect to happen upon a Danish string quartet, a performance by Fran Lebowitz or a new chamber opera.

When in feel-good Santa Monica, yoga (much like coffee) is almost considered mandatory. This low-key studio does yoga the proper way, focusing on providing essential you time and practicing in a way to boost your mood and sense of wellbeing. A variety of styles are on tap for every skill level – whether you’re keen on a muscle-burning vinyasa session or a gentle flow. Classes start as early as 6:30am, so you can begin your day feeling Zen.

Bar, Pub Grub
Facebook
Email
Twitter
Pinterest
Copy link
Share
Not everything in Santa Monica has to be polished. A one-minute walk from Found, Mom’s Bar is an old-school drinking den, without the bells and whistles – the kind of place you hit up for a cold brew to watch the game, sing a round of karaoke or battle out with mates over a round of table tennis. If that’s not enough to convince you, the daily 4-8pm happy hour and weekend food trucks should. 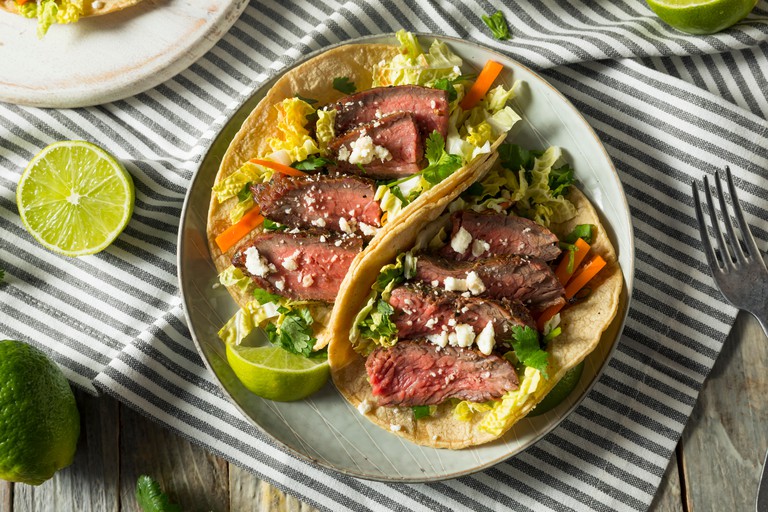 You can’t come to California and not eat Mexican food. Chic Socalo does it with a contemporary, very Santa Monica spin. Small plates include smoky roasted cauliflower and crispy shrimp with spicy aioli, while tacos come stuffed with hearty vegan jackfruit or grilled hanger steak. It’s open from brunch onwards, but it’s in the evenings where you’ll get the opportunity to sip Mexican wines and punchy cocktails (try the Oaxacan old fashioned with mezcal and chocolate).