Old Town to Barrio Logan: Adventure Through the Heart of San Diego 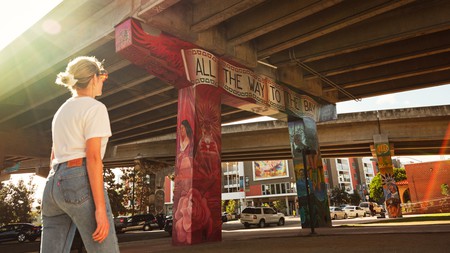 Make sure you stop by Chicano Park, which has the largest collection of outdoor murals in the US
Paid partnership with

San Diego is a Californian dream, and by setting your sights on two of its most dynamic neighbourhoods, you’re guaranteed a thrilling introduction to this iconic destination.

Considered the birthplace of California, San Diego stretches out along the coast, an intriguing product of myriad influences. A road trip through its Old Town and Barrio Logan neighbourhoods will give you a glorious introduction to this riveting city. Life plays out on the streets in a warm and colourful way, urging you to get involved and explore. 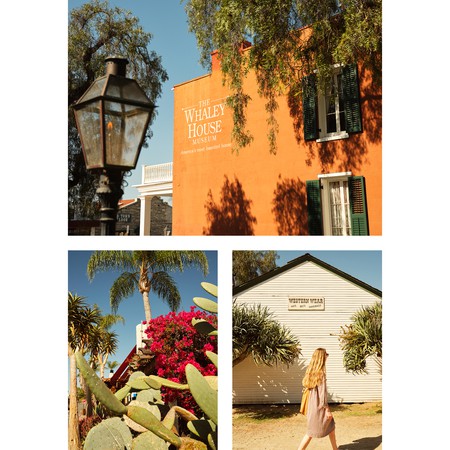 Your exploration of Old Town San Diego simply has to start with the Bazaar Del Mundo. This artisan-led market is a riot of colour, and a celebration of traditional crafts and Mexican influences. Housed in a collection of white, traditional buildings, this is the place to meet local craftspeople and shop their creations. But that’s not all, you’ll also find African stone carvings, Russian dolls and Chinese silk paintings. Eclecticism at its best.

The charming neighbourhood of Old Town itself sits within a State Historic Park, which was created to preserve the founding areas as they existed during the early Mexican period, until the focus of the city shifted to Downtown in 1872. The city was California’s first with a mission and a fort; its history is worthy of a deep dive.

Highlights to get on your itinerary in this neighbourhood include: Casa de Estudillo, one of the oldest examples of Spanish architecture in Mexican California; the Whaley House Museum, one of most haunted houses in San Diego; and the Junípero Serra Museum, which traverses the city’s history, from tales of the original inhabitants, the Kumeyaay, to present-day San Diego. Check out the exhibits and admire the historical journey.

The quickest way to get to know a place can often be by sampling its culinary creations and there are more than 30 restaurants to choose from in this neighbourhood. Whether you’re after giant margaritas at Casa Guadalajara; lobster at Rockin’ Baja Lobster; tacos at Barra Barra, or upscale dining and an extensive tequila menu at El Agave Restaurant & Tequileria, San Diego really does know how to please the palate. Think buzzing, open-air eateries and kaleidoscopic colour palettes for the most part, too. This is a neighbourhood where the food is vibrant and delicious, and the fun is guaranteed.

Next, make tracks for the Heritage County Park. Adjacent to Old Town, this sprawling park provides a gentle introduction to the architecture favoured by the wealthier inhabitants of the city in the 1880s and 1890s. There’s a fine collection of Victorian architecture, spanning from Italianate to Queen Anne, and the park is home to the city’s first synagogue. 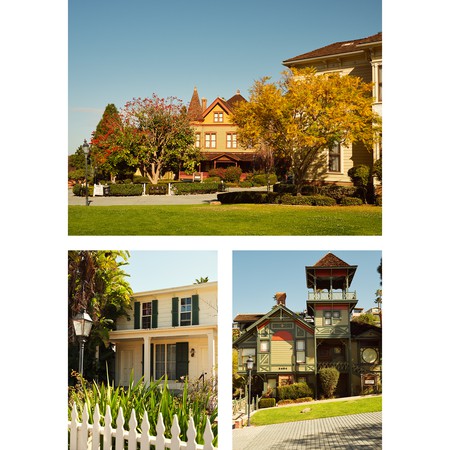 The lively celebration of the city’s proximity to Mexico is illustrated in live mariachi bands and colourful flags wherever you go. This vocal and vibrant reverence is continued in Barrio Logan, but in a very different style. These two neighbourhoods complement and contrast each other, so it’s wise to explore them both when visiting San Diego.

Arrive hungry for local eats at Las Cuatro Milpas. You won’t be alone, though. The line that snakes out of this eatery is well-known, but it exists for good reason. Fried tacos, rolled tacos, burritos, rice, beans, tamales; it’s all lovingly prepared by the descendants of the founders, and has been keeping locals happy since 1935. Pick up your delicious choices and head to Chicano Park. 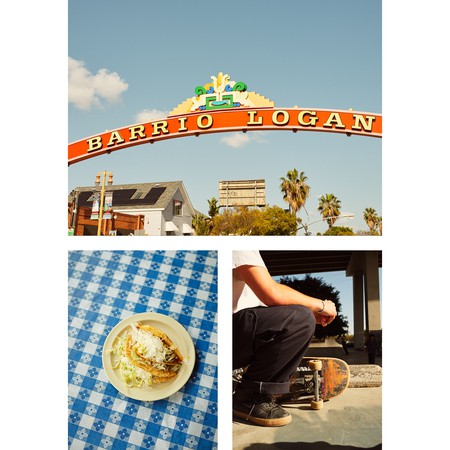 Situated under the overpass of the San Diego-Coronado bridge, Chicano Park is home to the largest collection of outdoor murals in the US. It’s a beautiful juxtaposition of concrete-pillared freeways and brightly painted odes to Mexican-American culture. Designated a National Historic Landmark in 2017, its sociopolitical significance, as well as its artistic impact, has long been observed and appreciated.

In fact, this is a neighbourhood dedicated to art, with a vibrant combination of galleries and street murals. For a taste of both, don’t miss the Barrio Art Crawl. This free self-guided arts trail takes place in Barrio Logan every second Saturday of the month and showcases galleries and artists, as well as pop-up street art. 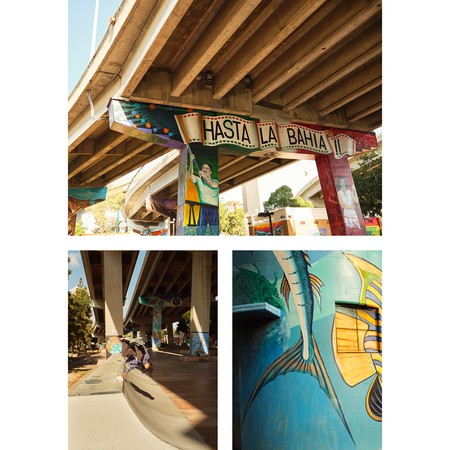 For craft beer with a decidedly bi-national appeal, you will want to check out Border X Brewing, which holds the distinction of being San Diego’s first Mexican-owned brewery. Located on Logan Avenue, Border X brews are inspired by Latin flavours, including its Blood Saison, Horchata Golden Stout and Abuelita’s Chocolate Stout. With tasters, flights and pints, you have no excuse not to try these creative offerings. Beyond its craft beer, Border X is known for Latin-infused live music throughout the week, with locals saying that Thursday night is the standout. It also has street tacos, indoor and outdoor seating, and is both family- and pet-friendly.

From murals and museums to heritage and horchata, there’s so much to soak up on a visit to the colourful neighbourhoods of San Diego – and now you know where to start.

For more information and to start planning your own trip, visit sandiego.org.