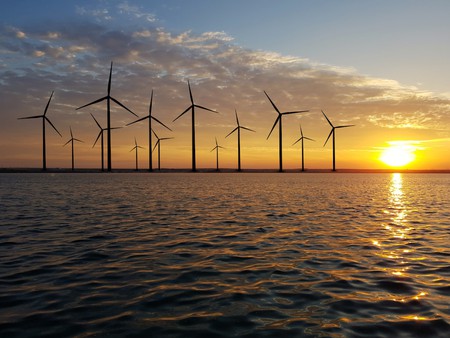 To capture power from the wind that whips across the Pacific Ocean, an energy agency in Northern California plans to build the country’s first floating wind farm.

When complete, wind turbines will float 20 miles (32.1 kilometers) off the coast of Eureka, where average wind speeds exceed 10 meters per second. Here’s a breakdown of how it works, who’s behind the project and what it means for renewable energy in California.

How does it work?

Offshore wind farms have existed since the ’90s, but under the traditional construction method, the foundation of the wind turbines is built into the seabed. Floating turbines, meanwhile, sit on floating platforms that are tethered to the ocean floor using cables, which allows them to be placed farther out to sea where the wind is stronger. 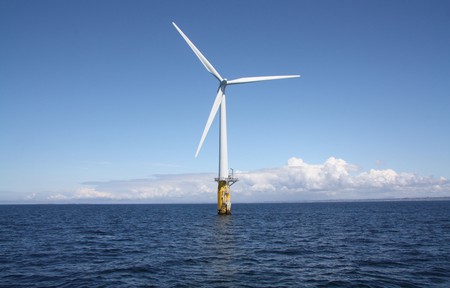 One of the Hywind floating wind turbines. | © U.S. Department of Energy / Flickr

Has it been done before?

The technology for floating wind farms is still in the developmental stage, with different designs being tested at sites around the world. In 2017, Norwegian energy company Statoil launched the first floating wind farm off the coast of Scotland. Known as Hywind, the project cost roughly $263 million and consists of five floating turbines that can generate 30 megawatts of energy and power 20,000 homes.

Who’s behind the California project?

The Redwood Coast Energy Authority, which serves most of Humboldt County, is the organizing force behind the Northern California floating wind farm. In April, they selected a consortium of five companies to form a public-private partnership to carry out the project. They aim to have the wind farm operating within the next seven years, although they haven’t released further design details yet. The proposed wind farm will generate 100–150 megawatts of energy – up to five times more than the Hywind project. 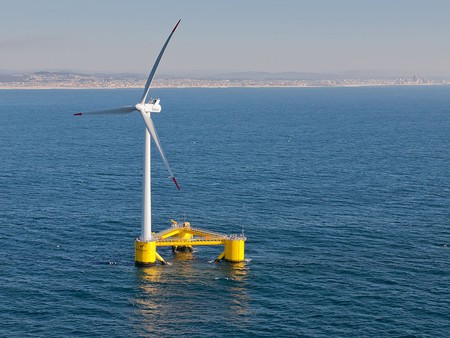 Different design prototypes for floating wind turbines are being tested out worldwide, including this one off the coast of Portugal. | © Untrakdrover / WikiCommons

Are floating farms the future of renewable energy in California?

Maybe. Under California’s energy goals, power companies need to obtain 50 percent of their energy from renewable sources by 2030. This goal has many looking beyond solar and land-based wind projects.

But offshore wind farms have been met with some resistance from the US Navy. The Department of Defense released a map showing where they don’t want any offshore wind farms built due to military missions. Their off-limit areas included all of Southern California, from San Diego to Big Sur. Though the military doesn’t have the final say on approving offshore wind projects, they are a key stakeholder.

“The nice part about offshore wind is that it has almost an inverse generation profile to solar, so if we’re really going to move the state to having 100 percent renewable sources – ultimately that’s the goal – we’re going to have to have a balanced portfolio of resources to do that,” Matthew Marshall, the executive director of Redwood Coast Energy Authority, told Oceans Deeply. “I think that offshore wind is really the biggest untapped opportunity.”