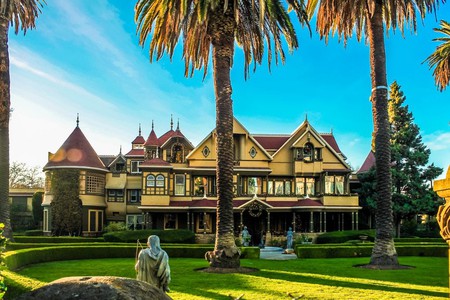 There are tons of tourist-licious things to do in San Jose, such as shopping at Santana Row and visiting Japantown. But if, in this very moment, you’re itching for something to do that won’t peg you as a visitor – something that will immerse you in the ‘hood’, check out these 11 things to do in San Jose that’ll make you feel less like a tourist, and more like an explorer.

Open during the fall season, the Dead Time Dreams Haunted House is a dark, twisted spectacle. Visitors won’t find any picture perfect photo opps here, but deranged zombie-like killers do lunge out from dark corridors. With handmade props and excellent actors, this haunted house will leave you feeling so terrified that when you leave you won’t know what’s real and what’s not.

Was also able to squeeze in a last little bit of Halloween tonight @deadtimedreams! #DeadTimeDreams

Step off the beaten path – literally – with a trip to the Guadalupe River Trail. Known to residents but often passed over by locals, this waterfront hiking and biking excursion will take the breath away. The trail is within Guadalupe River Park & Gardens, which is quite large, so feel free to hop off the path and explore! As long as you have a map, that is.

When you #tt to catch your friends, you want @the_benstagram on the front #roadbike #trailslilethese

OK, so the Winchester Mystery House isn’t exactly off the radar for tourists, but it’s wonderfully weird nonetheless. Full of winding passageways that lead to nowhere and mysterious corridors, the home was once the residence of Sarah Winchester. She was the widow of William Wirt Winchester, creator of Winchester rifles. When her husband passed away, she believed she was being haunted by the spirits of everyone his guns had killed, so she developed a labyrinthine home to escape their ghosts.

12 miles northwest of San Jose lies the forgotten city of Drawbridge, formerly known as Saline City. The once vibrant city was a major stop along the Pacific Coast Railroad’s route, but has been abandoned for more than 30 years. Visit this deserted ghost town before the remaining buildings sink into the surrounding marshlands once and for all.

finals feels at the 👻🏠

Located 32 miles southwest of San Jose, the Bigfoot Discovery Museum is for those who believe in the supernatural. Feast the eyes on proof of local Bigfoot sightings and decide once and for all whether or not to believe in the furry giant.

Not only does this gaming lounge provide access to every game under the sun, but it serves alcohol to boot. Sip on a cold one and defeat an unsuspecting stranger at a game of Defense of the Ancients. After working up a sweat destroying enemies, sit down at the lounge’s full service restaurant for a meal and a classic cocktail.

Back in 1976, women of the Bay Area were serious about their lace making. So serious, in fact, that they opened a museum dedicated to the craft. Learn more about how the delicate item is made or simply “ooh” and “aah” over the finished products on display. And for god’s sake, don’t leave without a doily!

Were you expecting to find a ton of Egyptian artifacts in San Jose? While the city itself doesn’t have close ties to Egypt, the Rosicrucian Egyptian Museum houses one of the biggest collections of mummies in California.

Monopoly in the Park

Monopoly has been known to be a bit divisive amongst families. Who’s going to be the thimble? Who gets to pass go and collect $200? But in San Jose, the larger-than-life Monopoly board game in the park will inspire nothing but smiles.

What are your best sights in #SanJose, California? You'll find the largest permanent #Monopoly board in the world at Discovery Meadows in Downtown San Jose. #BACitySecrets

Just 33 miles south of San Jose is the small town of Gilroy. Gilroy is home to a large farming community and as you enter the city, you’ll spot dozens of roadside stands slinging avocados, citrus, and more. However, the cream of the crop in Gilroy is garlic. So much of it is farmed there that you can smell the scent from inside your car. Pull over at one of the many agricultural stands and dig into some creamy, delicious garlic ice cream. It might not become your all-time favorite flavor, but it’s worth a try nonetheless.

No kisses tonight 😉 #garlicicecream in the #Garlic capital of #california #Gilroy