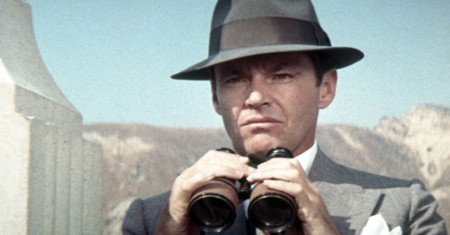 Retrace the footsteps of characters from three classic film noirs through this list of movie locations in Los Angeles.

The glamorous and elegant, the seedy and the desperate, the criminal and the maudlin – they all come together for a cynical, dark and often tragic performance that characterizes the film noir movement of the 1940-1950s. Even with its dark tones, this genre is a mysteriously romantic one. Featuring rainy streets lined with classic cars, lonely urban scenes, hard-boiled detectives and seductive femme fatales, film noir captivated the audience’s nostalgia for a time that perhaps never existed, in cities that never exactly existed, either.

Countless films take place in Los Angeles, and yet LA is often misrepresented, giving visitors and newcomers quite a surprise upon arrival to the City of Angels. Perhaps it’s fitting that the entire geography and layout of the entertainment capital of the world is about as fictitious as the movies it produces.

Unlike the majority of film noir, Mildred Pierce strays from the traditional male hero/femme fatale duo, revolving instead around the strained relationship between two women, a mother and her daughter. Growing up with little, Mildred Pierce (Joan Crawford) becomes a successful and independent businesswoman, who wants to give her daughter Veda (Ann Blyth) everything she never had herself. Instead of gaining her trust and love, Mildred becomes the victim and potential cause of Veda’s insatiable and condescending attitude. Their twisted and unhealthy relationship crosses all boundaries, until it becomes a matter of life and death.

While the pier that Mildred drove to in desperation was actually recreated in a Warner Brothers studio, Mildred lived in Glendale, and the Santa Monica Pier most closely matches the spot she would have visited in the beginning of the film. 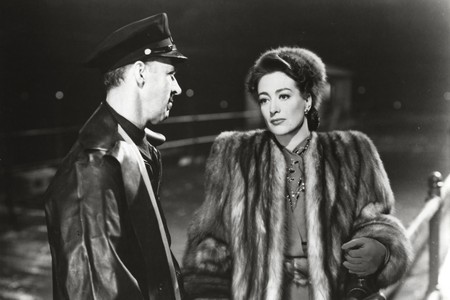 “Yes, this is Sunset Boulevard, Los Angeles, California,” reports the disembodied voice of Joe Gillis (William Holden), the recently murdered protagonist. “A murder has been reported from one of those great, big houses in the 10,000 block.” The film starts Citizen Kane-style with a death in the first minutes of the movie and unravels in flashback from the fateful day Gillis stumbled upon the mansion of Norma Desmond (Gloria Swanson), a silent film star who has secluded herself from the changing world. Gillis falls into the clutches of the vain star, who’s teetering on the edge of madness, and recounts his last days.

Just as it was reported in the opening lines of the movie, the driveway to Norma Desmond’s estate was filmed in the 10,000 block of Sunset Boulevard. The mansion where filming took place, which has since been demolished, was located seven miles away on S Irving Boulevard, and belonged to J Paul Getty, the millionaire and philanthropist. The Getty mansion was also featured in Rebel Without a Cause (1955) and has since become an office building. 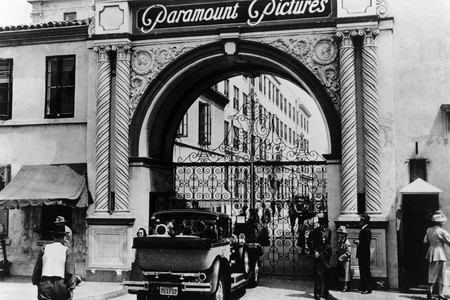 Filmed largely on location, Chinatown was filmed about two decades after film noir ended, but its homage to the movement classifies it as ‘neo-noir.’ Set in the 1930s, the classic cars, costumes and dialog transport the viewer to another age. This film, a cynical reflection on power and the monetary price of justice, draws inspiration from the past. Old favorites like the private eye, the troubled heiress and the nefarious villain are back and thrust into an ever twisting plot where nothing is what it seems, but this critically acclaimed film is one of the most original and daring ones ever made.

JJ Gittes (Jack Nicholson) meets with widowed Evelyn Mulwray (Faye Dunaway) at The Prince over lunch. Once known as The Windsor, this Korean restaurant retains the same interior, including the red leather booths, as the restaurant in the movie.

The Mar Vista Rest Home, where Gittes goes to investigate corruption in the Los Angeles water district, is not the secluded haven it is portrayed as, nor is it a rest home. The building is right off of Sunset Boulevard, only minutes away from Norma Desmond’s driveway.

Hired to catch Hollis Mulwray cheating on his wife, Gittes spies on the chief engineer of the city’s water department from a canoe on Echo Lake. As it turns out, something much more devious than an extramarital affair is at hand. Visitors can still rent paddleboats or take guided canoe and gondola rides at this city oasis. 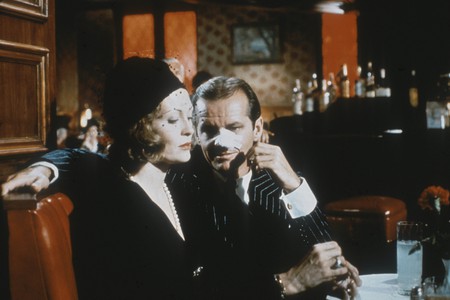