The 10 Must-See Neighborhoods in San Francisco 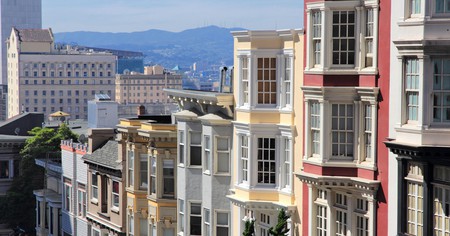 It’s difficult to choose the top 10 neighborhoods in San Francisco, because practically every nook and cranny of this colorful, charming city has something to offer. What we do have is a list of 10 neighborhoods that offer a range of City by the Bay highlights, whether it’s artefacts of the bygone Beatnik era along Haight Street, or swanky bars perched atop towering slopes in Nob Hill.

Hayes Valley is a neighborhood made for strolling around on a mild San Francisco afternoon. The area has been revitalized in recent years and is brimming with high-end boutiques, quaint cafés and superb restaurants such as Nightbird and Rich Table. Its local charm makes it a perfect spot to escape San Francisco tourist-filled main thoroughfares. The neighborhood’s proximity to Alamo Square – home of the famous Painted Ladies – and its central location within the city set it up as a good home base with plenty of eating, drinking, shopping and sightseeing. 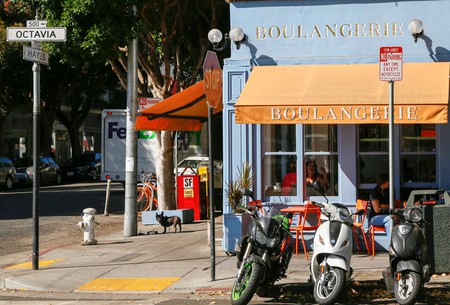 Haight Ashbury, both the street intersection and the entire neighborhood, is still a mecca for those seeking emblems of San Francisco’s counterculture. With its colorful architecture, old-school record stores and unbeatable vintage shopping, Haight Ashbury is a diverse neighborhood that brings in everyone from guitar-strumming hippies to cannabis connoisseurs and tourists with selfie sticks. The neighborhood expands from Haight Street where dozens of dive bars, eclectic restaurants and shops selling pipes, books, hats and souvenirs line this iconic San Francisco strip. 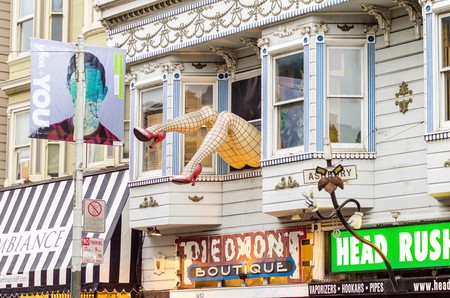 With steep hills, upscale restaurants and old Victorian homes, Nob Hill has long been home to old San Francisco money, most notably that of the four tycoons of the Central Pacific Railroad. Luxury hotels such as The Fairmont San Francisco and InterContinental Mark Hopkins sit atop California Street. People walk the labyrinths of the towering, Gothic-style Grace Cathedral, while across the street, the peaceful Huntington Park draws tai chi groups and dog walkers. Nob Hill is an ideal spot for taking in sweeping views of the city, catching a cable car downtown or enjoying a swanky night on the town. 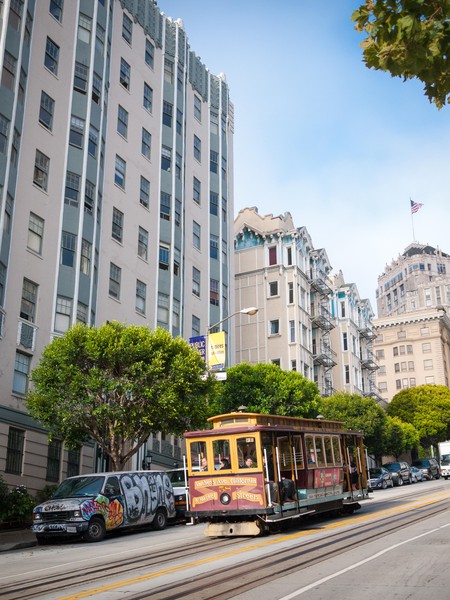 Wedged between Fisherman’s Wharf and Chinatown, North Beach is home to many of San Francisco’s most popular tourist attractions. It’s dubbed ‘Little Italy,’ and sidewalk cafés, gelato shops and Italian restaurants abound here. Right in front of St Paul and Peter’s Cathedral is Washington Square Park, a perfect spot for picnics and people watching. Coit Tower and Telegraph Hill are a huge draw to North Beach and the elevator to the top of the 1930s-era tower offers 360-degree views of the city and surrounding area. It’s a bustling neighborhood dotted with longtime favorite bars, restaurants and cafés, and a full day can easily be spent wandering North Beach’s inviting streets. 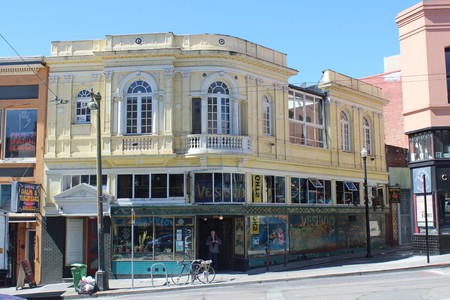 With a mix of tech giants and small-scale businesses, SoMa – South of Market – has an industrial vibe. Yerba Buena Gardens is a family-friendly attraction, while the recently renovated San Francisco Museum of Modern Art demands at least half a day dedicated to exploring its sculpture garden, art exhibits and views of downtown San Francisco. The View, the top-floor bar at the Marriott that offers just that, is a great spot to end a day of exploring San Francisco. SoMa has an array of attractions –neighborhood establishments include breweries, art galleries, gay bars and nightclubs, and AT&T park, home of the San Francisco Giants, draws hundreds of baseball fans. 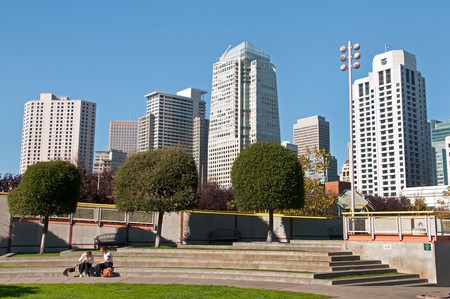 The Mission District is easily one of San Francisco’s most colorful neighborhoods, bustling with a mix of both culturally diverse locals and incoming artists, bartenders and hipsters. On a warm, sunny day, throngs of park-goers can be found tossing Frisbees, reading and picnicking in Mission Dolores Park. With tons of authentic street food that reflects its predominantly Latino heritage, and unique dining experiences such as Foreign Cinema (a restaurant that doubles as an outdoor film-screening venue), the Mission’s culinary offering lacks pretense. Numerous dive bars and a diverse music scene make The Mission a popular nightlife destination, and Clarion Alley, a small street notable for its street art and murals, is just one of many spots that showcase The Mission’s art community. 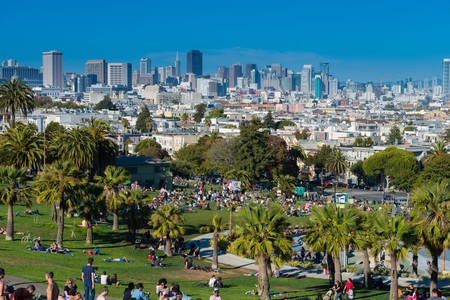 Mission Dolores Park is a popular spot to hang out on a sunny day | © PHOTO.ZOOMMER.RU / Alamy Stock Photo

San Francisco’s historically LGBTQ neighborhood is a vibrant, buzzing destination that is surrounded by remnants of the past. The neighborhood was home to the late famed gay-rights activist Harvey Milk, and has seen hundreds of marches, protests and parades since the 1960s; its focal point, the Castro Theatre, is a notable landmark that was completed in 1922. The neighborhood’s many LGBTQ bars range from old-school hangouts such as Toad Hall to dazzling drag shows at El Rio. The Castro’s bustling, colorful vibe, inclusive spirit and diverse establishments make it a popular destination for tourists. 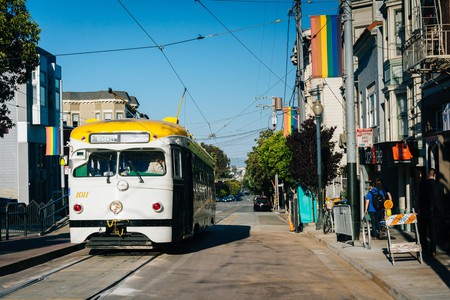 Running between The Presidio and Golden Gate Park, Outer Richmond is a sleepy neighborhood that, despite being primarily residential, offers some of San Francisco’s best outdoor destinations at its Western end. The upscale, oceanside Cliff House restaurant and bar overlooks the ruins of the historic Sutro Baths, while Land’s End is a popular hiking and walking trail that provides some of the best views of the Golden Gate Bridge that the city has to offer. To the north sit the mansions of Sea Cliff, home to tech moguls, CEOs and venture capitalists. Russian and Chinese enclaves provide authentic dining options, and most restaurants and bars are low-key neighborhood favorites. Outer Richmond doesn’t typically draw a large crowd, but the hidden gems and laid-back, beachy vibe make it worth a visit. 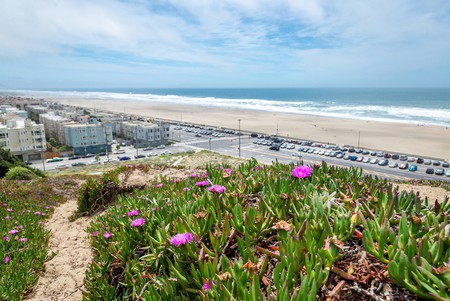 Pacific Heights, commonly referred to as Pac Heights, is a quiet, posh neighborhood that is often thought to be San Francisco’s most expensive. A stroll down Fillmore Street, a popular shopping and dining destination, reveals designer boutiques and high-end restaurants. Hilly green spaces such as Alta Plaza and Lafayette Park offers phenomenal views of the city, while the neighborhood’s mansions boast old-school architecture and facades that prompt admiration from passersby. Pacific Heights is worth spending a few hours exploring, or even just as a soothing reprieve from the tourist-packed streets of downtown San Francisco. 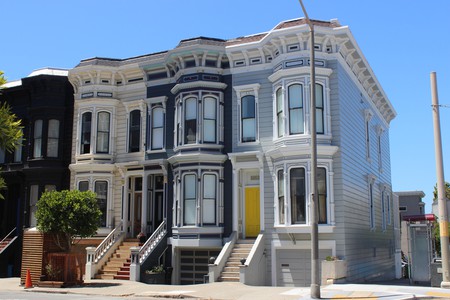 Russian Hill is best known for Lombard Street, otherwise known as the ‘crookedest street in the world’, but there’s more to this upscale neighborhood than this. Breakfast joints, locals’ favorite bars and sunny restaurants can be found along bustling Polk Street, which leads from the Tenderloin through Russian Hill down into Ghirardelli Square. Easy access to convenient cable car stops and steep hills offering stunning views of Alcatraz, the Golden Gate Bridge and the Bay Bridge make Russian Hill an ideal area for sightseeing. A line can almost always be found outside Swensen’s Ice Cream, a popular neighborhood establishment, and the nightlife along Polk Street is some of the city’s best, with spots such as Harper and Rye and Tonic. 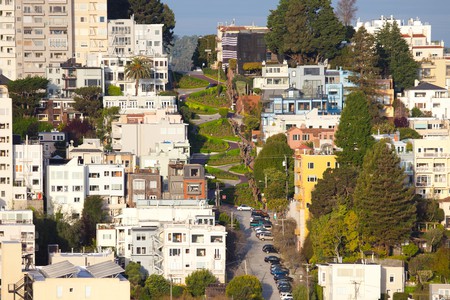