How does a bakery gain so much fame worldwide in less than a year? Just ask Mr. Holmes Bakehouse. The small San Francisco bakery, located on the edge of the Tenderloin near Nob Hill, gained its fame in under seven short months through their Instagram, reaching over 26K followers to date. We had the opportunity to sit down with Chris Reinhardt, the director of operations, and talk about the story of this pastry heaven’s rise to stardom. 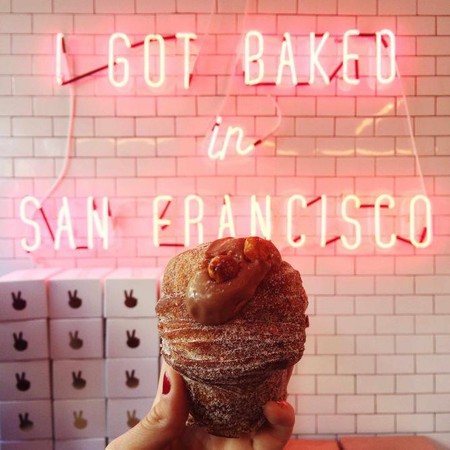 Having opened in August 2013 as a wholesale bakery, Mr. Holmes did not include a storefront until this past November. During the first couple of weeks, employees were able to take home extra cruffins; the bakery now sells five times the amount they sold on their first day. They’ve attracted people that specifically come for cruffins, but also for their other pastries, which are best described by Reinhardt as ‘a mix of old-world Parisian meets innovation.’

The croissant-muffin hybrid, known as the cruffin, originates from a French brioche pastry that was adapted by bakeries in Australia. Bakers cleverly switched the brioche dough for croissant dough. When Mr. Holmes Bakehouse opened, their goal was to create the best croissant dough possible by finding the perfect key ingredient: butter. After testing over ten different kinds, they found the perfect one in France, and began regularly shipping it into the bakery. Once they created the light, crispy, layered croissant, they began experimenting with different pastries based on the same delicious dough. Thus, not only was the perfect cruffin born, but so were many other scrumptious baked goods. 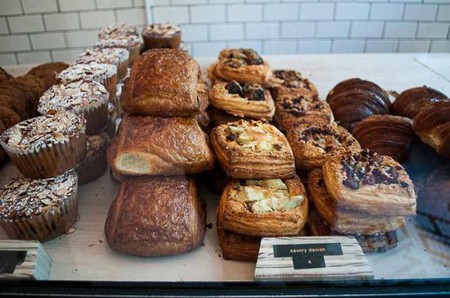 Every morning, bakers roll out a strip of croissant dough, bake it in a muffin tin and smother it in sugar. Once the pastry has cooled, it is piped with pastry cream and sold at 9am sharp to customers waiting in a line stretching around the corner, often for over an hour and a half. The Bakehouse keeps the pastries interesting (matcha cream, anyone?), changing the flavors of the cruffins and donuts every two days. Inspired by what they had for dinner, what’s in stock in the kitchen or whatever flavor catches their imagination, Reinhardt and Aaron Caddel, founder and owner of Mr. Holmes Bakehouse, collaborate on the next day’s flavors. One favorite of Reinhardt’s is the coffee cruffin. It’s made with Sightglass Coffee beans, which they put in a food processor, lightly grind, then boil and mix with the pastry cream to produce a strong coffee flavor. 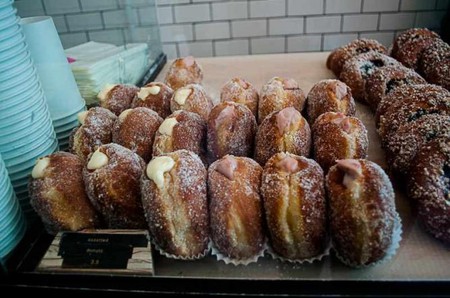 Reinhardt explains that the cruffin’s real fame came through the company’s Instagram account. Their page features photos of buttery, creamy treats – a must-follow for foodies. He told us how ‘everything in the shop was intentional and to some extent was designed for social media,’ which starts with the illuminated sign, Got Baked in San Francisco, to the tiled floor, Holmes Sweet Holmes, and finally to the beautiful white-and-gold pastry boxes. It is rare that you find a bakery with such an immense following on social media, but they realized its power in today’s world and utilized it. People come from all over the world come in to say, ‘I found you on Instagram!’ 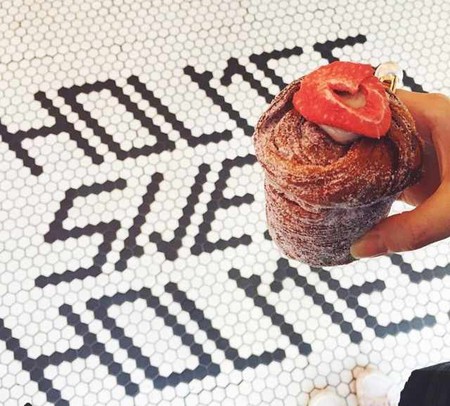 Beyond the cruffin, the store features multiple other delicious pastries. The California croissant was inspired by one of their bakers who had sushi the night before. The croissant filled with salmon, wasabi, nori sheets and ginger sounds weird, but it is truly one of the best pastries to experience. When asked what Reinhardt’s favorite pastry is, he insists that the banana donut is ‘the best thing in the shop.’ It’s made with their brioche dough and filled with bananas that have been caramelized and mixed with the pastry cream, making every bite full of perfected sweetness. The shop’s true home is in San Francisco, but don’t worry Los Angeles: they’re opening a shop in early 2016. 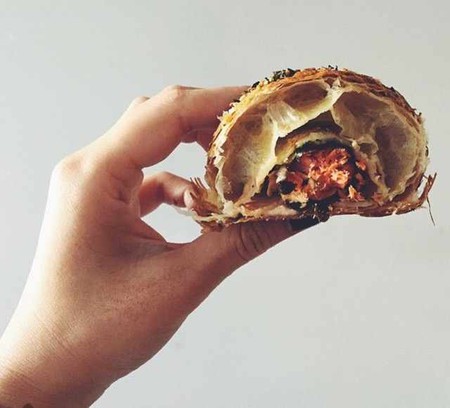 Mr. Holmes Bakehouse opens during the week at 7am and 8am on the weekends. Cruffins come out at 9am, but the line for them typically forms at least an hour in advance, so get there early.