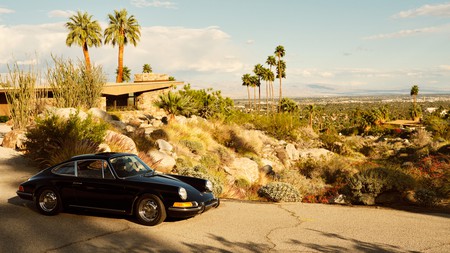 An iconic destination set in the California desert, Palm Springs looks like it’s been catapulted straight from a Hollywood film. Lofty palm trees punctuate the view, as a sprawling collection of low-slung buildings span out in all directions in this arid hotspot. We go on a self-driving tour of some of the city’s best mid-century houses and varied architectural gems. 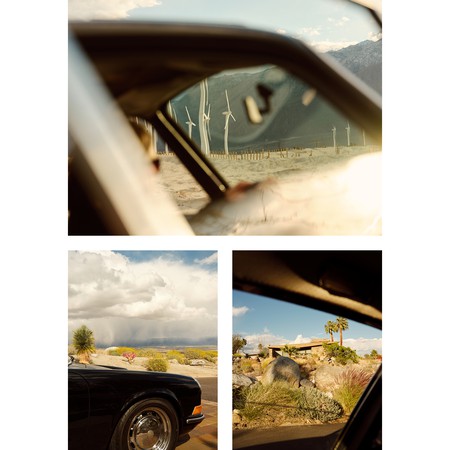 Hot springs, golf resorts and flawless weather might draw some people to Palm Springs, but those in the know will come for an entirely different reason: the architecture. Modernism first hit this resort city in the mid-20th century as part of the movement’s global boom, as wealthy celebrities from nearby Los Angeles commissioned villas out in the desert. Today the city is home to one of the finest collections of modernist architecture in the world.

An urban road trip is undoubtedly the best way to experience Palm Springs if you want to concentrate on its architecture. As you traverse the tarmac, the San Jacinto mountains rise up to frame the views beyond this attractive city. First up on the tour, head south on North Palm Canyon Drive, which will bring you to the Palm Springs Visitor Information Center. This is not your average visitor centre. Housed in a former Tramway gas station on the northern fringes of the city, this may be a functional space, but one that has made its way onto the National Register of Historic Places for its architectural weight. It was built in 1965 by Albert Frey and Robson Chambers, two icons for their impact on the area. Frey, who studied in Paris alongside heavyweights like Le Corbusier, is today considered the founder of the Palm Springs modernist movement. Swing by and soak up the design. 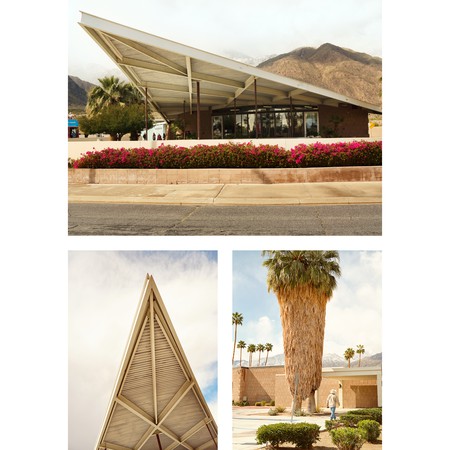 Head south into the city and towards your next architectural pitstop. The Kauffman Desert House, designed by Richard Neutra, is a palatial pad made of gleaming aluminium and sandstone, and is one of the most famous in the region. A fine example of desert modernism, this property was built for retail tycoon Edgar J Kauffman in 1946, and was immortalised by Slim Aarons in his photograph Poolside Gossip, which has long adorned coffee-table books, reproduction prints and, of course, Instagram.

For a real-life dose of mid-century architecture and design, continue on to check out the Wexler Steel Houses. Part of a project that aimed to build more than 40 homes using a prefabricated model, Donald Wexler only managed to create seven before the price of steel skyrocketed. Those that remain are worth checking out: a pioneering vision to bring the modernist dream to the masses. Back in 2012, one of the Wexler Steel Houses was the first mid-century structure to be placed on the National Register of Historic Places. Only a handful remain, but it’s worth driving by to imagine what could’ve been.

The vast residence known as the Elvis Honeymoon Hideaway is another surefire hit on any self-drive route through Palm Springs. Designed by William Krisel and Dan Palmer in 1960, this house is where Elvis and Priscilla Presley spent the days following their wedding in 1967. From floating fireplaces and built-in banquette sofas to bold terrazzo flooring, this home pioneered era-defining elements. Though not always open for visits, the exterior is impressive enough. 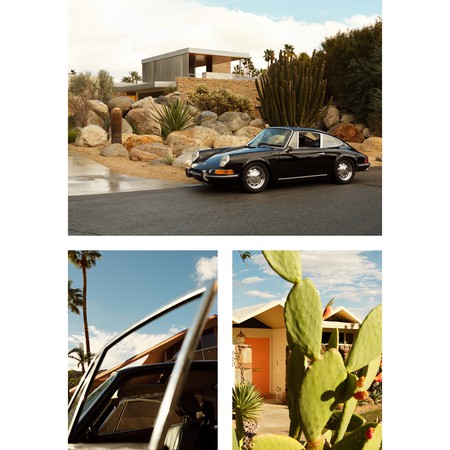 Driving in this city is a seductive way to soak up the architectural wonders and next up is the Coachella Valley Savings & Loan bank by E Stewart Williams, which is bound to make your current money-saving institution pale in comparison. Sleek and, well, sexy, this building is a great one to check out as you discover this modernism-mad destination. That roof, providing respite from the scorching desert sun, is an iconic addition to the landscape.

Buckle up and carry on to Palm Springs City Hall. Think corrugated metal, poured concrete and heaps of character. The design of this functional building saw the meeting of some of the most prolific architectural minds in the area, and it hints at its proximity to the airport.

End at the Palm Springs Art Museum Architecture and Design Centre to soak up more of the influences that shaped this malleable city. Built in 1976 by E Stewart Williams, this veers more on the brutalist side, but still acts as an ode to the modernist movement and as a home to the work of renowned creatives.

The architectural allure of this modernist hub still reigns today. An oasis of sorts, it’s easy to see why Palm Springs pulled in those looking for something different in the desert. And even the shortest of road trips through its streets will show you why it’s known as the mid-century capital of the US. Whichever way you’re driving, don’t forget to keep an eye out for the painted doors that pop against the desert colour palette, then sink into your surroundings and enjoy the destination that has inspired so many creative minds. 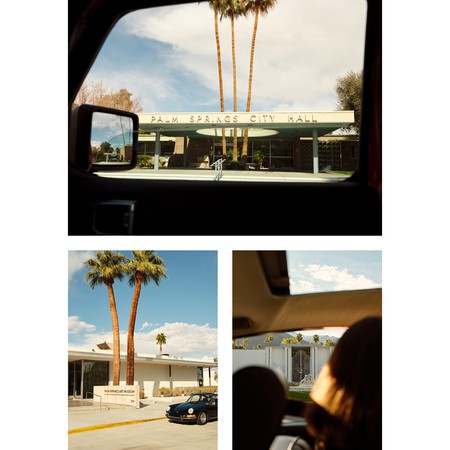 Find out more and start planning your trip now by visitingvisitcalifornia.com/road-trips