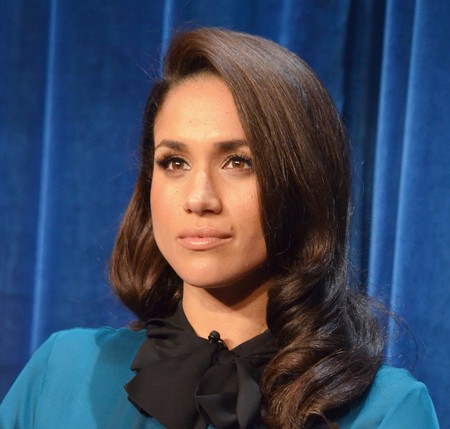 Though Meghan Markle is set to become a member of British royalty when she marries Prince Harry of Wales, she was born and raised in Los Angeles. She attended high school at Immaculate Heart High School in Los Feliz before going to college at Northwestern University in Illinois. Meghan later starred as Rachel Zane in USA’s legal drama Suits, which is filmed in Canada, from 2011 to 2017, and ran a lifestyle website called The Tig from 2014 to 2017. She met her betrothed in 2016 after going on a blind date with the Prince, and they announced their engagement on November 27, 2017. Visitors to L.A. who want to walk in Markle’s footsteps can check out the following locations near and dear to her heart.

Heather Dorak is not only Markle’s personal trainer but also a close personal friend. At Dorak’s Pilates Platinum, visitors enjoy a 55-minute workout that combines cardio and strength training using the Megaformer. Classes are small, never hosting more than 14 participants at a time. There are four locations—Hollywood, Santa Monica, Brentwood, and Venice Beach—and the first class is $10.

Evidence of Markle’s loyalty to Pilates Premium can be found on the studio’s testimonials page, where she’s quoted as saying: “Pilates Platinum is hands down the best thing you could do for your body. There are so many workouts that you try out once and never go back to; Heather’s studio is the complete opposite. You keep coming back for several reasons: first off, your body changes immediately…give it [two] classes, and you will see a difference; second, Heather is amazing—as an instructor, as a friend, she is inspiring in every way; lastly, the people in class are cool, unpretentious, and motivating…and that is a testament to Heather’s energy.”

Look at Markle’s Instagram feed, and you’ll see she’s a big fan of Sugarfish—and she’s not alone. Sugarfish is a popular spot for sushi with locations all over Los Angeles, including Hollywood, Downtown L.A., Pasadena, and Santa Monica. Sugarfish offers simple dishes via Chef Kazunori Nozawa, including hand and cut rolls, sashimi, and sushi. The best way to order is to take a look at the Trust Me section of the menu. You’ll get a pre-selected mix of the restaurant’s best offerings for one set price.

Pasta, anyone? In her October 2017 interview with Vanity Fair, Markle had put together a lunch of bread with olive oil, salad, and a pasta dish with chilies she bought from “a little place called Terroni, which they have in L.A. and Toronto.” She offered to give reporter Sam Kashner a little jar of the chilies to take home, which she predicted would be the writer’s “new favorite thing.” You can find Toronto-based Terroni in West Hollywood or Downtown Los Angeles. They serve regional Italian fare and do not allow modifications to their carefully crafted dishes.

Markle suggested Fresh Corn Grill in a 2012 TODAY article listing healthy food ideas. Located in West Hollywood and Westwood, the eatery offers reasonably priced seasonal California cuisine. Markle recommends the salmon tacos: “It sounds a little strange at first, but trust me, they are insanely good! I dream about those tacos, and they are not paying me to say that.”

Even if you’re not on your own Markle tour, Sony Pictures Studios is worth a stop. This historic studio began as Metro-Goldwyn-Mayer in 1924 and is famously where The Wizard of Oz was shot. A giant rainbow, meant to pay tribute to Dorothy and her crew, is one of the most popular sites of any backlot tour. Markle spent hours of her childhood here with her father, lighting director Thomas W. Markle, who worked on the sitcom Married…With Children. Fun Fact: Sony Pictures Plaza served as the exterior of evil law firm Wolfram & Hart in Buffy-spinoff Angel. Tours are available Monday through Friday and cost $45/person. 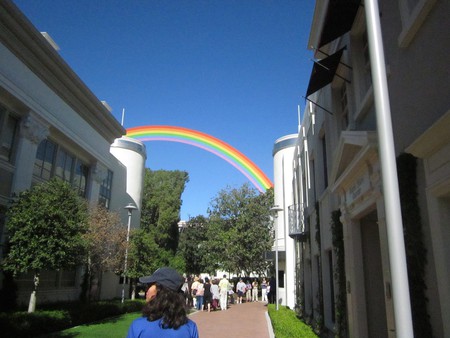