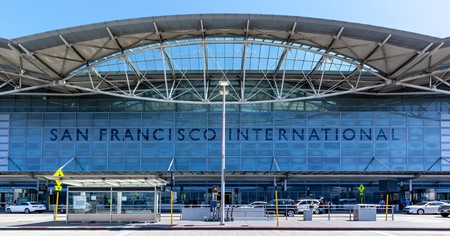 At the Manufactory Food Hall at San Francisco Airport’s international terminal, a few of the city’s culinary stars have aligned to create a mini-mall of excellence, serving up San Francisco-caliber eats in a on-the-go setting.

Within Manufactory Food Hall’s 3,241-square-foot space, a group of famous San Francisco chefs have opened three high-quality restaurants, the likes of which have rarely been seen in airports. Those involved include Elisabeth Prueitt and Chad Robertson – who opened Tartine at the food court in partnership with Gabriela Cámara of Cala, who also opened an outpost of Tacos Cala there – and Pim Techamuanvivit, of Michelin-star eatery Kin Khao, who contributed its casual spinoff Kamin to the venture.

It is no coincidence that Prueitt, Cámara, and Techamuanvivit are working together on this ambitious project. “We wanted to do what everyone thought was impossible – to bring good food to an airport setting,” said Prueitt. “When we were first approached, we thought ‘who else would I want to do this with?’ Pim and Gabriela are two of my favorite restaurateurs; the three of us were friends, and our concepts work well together.”

Spearheaded by Prueitt at Tartine, the three women were intrigued by the opportunity to collaborate and produce something innovative: namely, to execute their exceptional culinary prowess in an airport environment. “It was not something we were looking for, but rather it found us,” said Prueitt. “While it is not a place most of us associate with great food, we are inspired by the chance to cook quality food and reach more people with these inspiring restaurants.”

Each of the three chefs has left an indelible mark on the San Francisco food scene. Though Robertson gets the credit for Tartine’s inimitable sourdough, Prueitt also left her imprint on Tartine’s menu, creating impeccable pastries such as morning buns and gougères as savory as any in Paris. Famously wheat-free herself, Prueitt ensured the menus at all establishments within Manufactory Food Hall included items friendly to the gluten-aware. “When I am traveling, I am always scanning the menu quickly for what I can eat, what my daughter can eat.” That means Cala’s tortillas are made with corn and Kamin’s fried chicken is breaded with tapioca and rice flour. If you’re lucky, chocolate salted buckwheat cookies might be the sweet on display at Manufactory SFO the day you drop by. 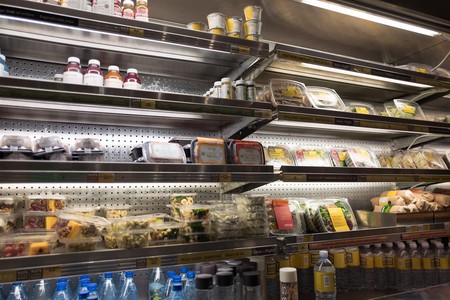 At Kamin, Kin Khao’s SFO outpost, visitors will see the fried chicken that developed a following the moment it arrived on Kin Khao’s menu a few years ago, making it a natural choice for the airport crowd. It’s available in a sandwich with sriracha mayo and cucumber ajaad, or as a boxed lunch with papaya salad and turmeric rice. Techamuanvivit’s matchless curry noodles, the ones with the Khao Soi curry broth, are also on the menu. If you have a couple of hours to kill before your flight, that means time for both.

If you’ve visited Cámara’s Tacos Cala (the back-alley Cala offshoot) – where it can be said that San Francisco’s taco revolution took flight – you will feel right at home at the airport’s Tacos Cala. The corn tortillas have a range of toppings to choose from, including fresh eggs, adobo-style fish, ‘secret recipe’ carnitas – in short, anything you can get at the Tacos Cala in the city, you can get at the SFO airport.

With the concessions run by SSP America, the restaurateurs could focus on quality. “SSP has a lot of experience running airport eateries,” says Cámara. “We will be involved in the set up and continuous training as well as maintaining quality control of our product. We are creating the menu and selecting many of the providers with whom we already work with at Tacos Cala in San Francisco.”

The same quality food at an airport as at the best restaurants in San Francisco? Swing through San Francisco International Airport for your next meal and experience it for yourself. 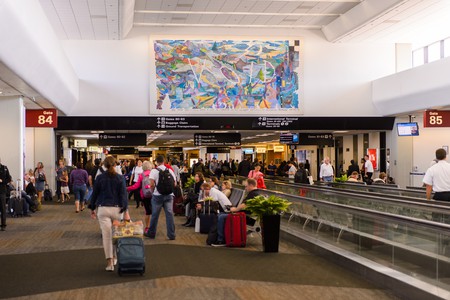