Lenore Chinn is a San Francisco-based artist focusing on the depiction of a diverse and colorful spectrum of people, capturing images and documenting cultural landscapes from a painter’s point of view. A moment in time spontaneously captured by her digital bridge camera, transmitted to acrylic on canvas, conveyed in modern archival print or shared on Facebook — these images document her everyday life. Read on for our interview with the artist. 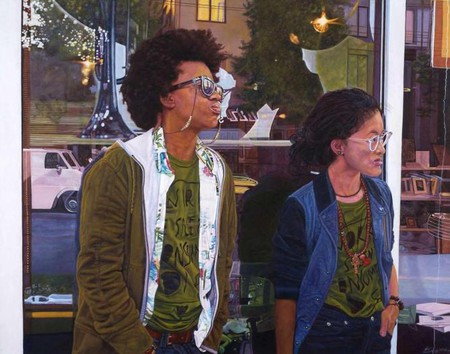 TCT: What is the most unusual project you’ve ever worked on?

LC: One of the most memorable projects began with a two-month solo trip to Mexico in 1976, culminating in new work and a large painting, Los Indios de Mexico, which won a Purchase Award from the San Francisco Art Commission. Out of over 750 submissions, mine was one of ten selected in the nine Bay Area counties for installation at SFO in the North Terminal.

But what began as a moment of excitement and celebrations became what one reporter called a Byzantine odyssey and for many reasons, including a stall in construction, that piece did not go up for eight years.

Finally, it was discovered hidden in the back of a City Hall office, well removed from public access, by an uncle of mine whose work order there was to install the 4′ x 6′ canvas. 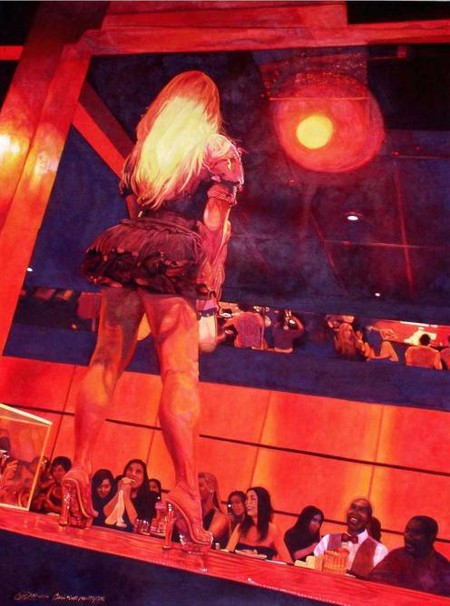 Thus began my foray into the city’s bureaucracies. It finally went up at the airport and remained on view for several years until the new International Terminal was built. Alas, it disappeared again and then, as with another piece of mine which seemed to vanish, a series of circumstances brought it back to me.

A friend in the arts discovered the deaccessioned work at a Butterfield auction and alerted me about its existence and location. More navigating through bureaucracy ensued until it came home.

I have had a few paintings with unusual journeys like this and in some cases had the good fortune to find them again, like a lost pet. 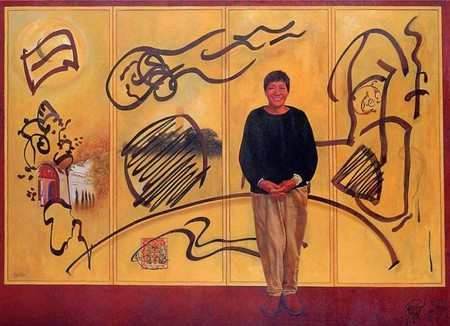 TCT: What advice would you give someone trying to break into the business?

LC: Find your passion and don’t give up! Don’t let anyone tell you (that) you can’t do it, that it’s not possible. And then get the skills to make it happen and figure out how you’re going to put it together, surviving and carving out a life in the arts. It takes discipline, perseverance and a real commitment to create opportunities for yourself.

Find your community and be willing to work hard, really hard. There’s no set formula, and there are all kinds of ways to lead a creative life. But if you really want it, it’s there.

LC: A trip to Paris next June with my family. My 9-year old niece is learning French, and I plan to soak in the arts and culture with her and her parents. 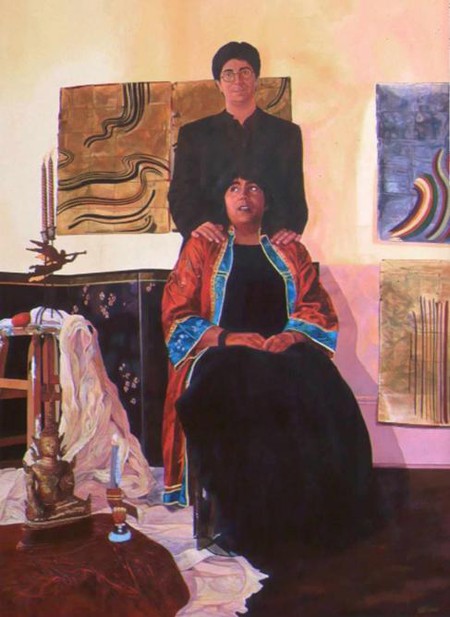 ‘Before the Wedding,’ © 2000 (last shown at the Commonwealth Club) | Courtesy of Lenore Chinn

TCT: What is your favorite museum or gallery?

Others include Galería de la Raza, MoAD (Museum of African Diaspora), SOMArts (formerly the South of Market Cultural Center) and the de Young Museum. I have favorites in other parts of the country or around the world, but these are closest to home. 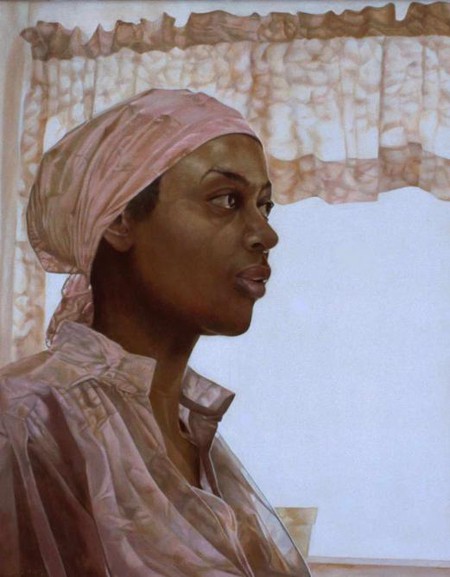 TCT: What work of art would you love to have in your living room?

LC: I have a few nice pieces, photos and works on paper or canvas, by some pretty well-known artists, but I don’t really have enough room in my humble live/work space in the Castro to squeeze any more items in, famous or not. I’m very happy with my Matisse reproductions, souvenirs of a past trip to Paris, and other wonderful ephemera. However…

Lita, another work of mine which disappeared, would be welcome. Sold through a little art gallery to a man, on his way to a performance in the Civic Center area, who returned again and again until he decided he had to have the small portrait, the painting vanished. I learned the collector had passed away in the 1980s, and it was left to his partner. I never knew the names of these people — only that he was a professor in the Bay Area. The whereabouts of this early painting, and its provenance have remained a mystery to me.