Sculptural wall panels | Courtesy of Nathan Hunt
Having grown up in the Southwest of England, amid castle ruins and old cathedrals, Nathan Hunt developed a deep love and appreciation for architectural stonework early on. Having worked on well-known churches in England, such as Exeter Cathedral and Westminster Abbey, he now puts his talents to good use in California on projects like Santa Barbara’s Courthouse fountain and hand-carved sculptural arrangements at Farina Restaurant in San Francisco. In this interview, we get to dig a little deeper as Los Angeles-based Hunt shares his passion and the ancient craft of stone carving with Culture Trip. 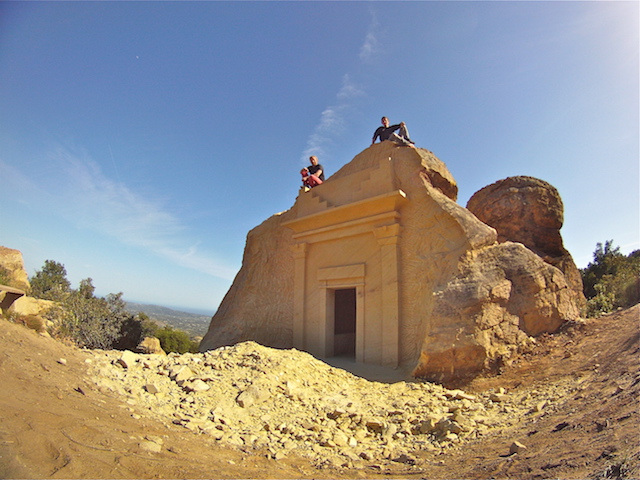 How did you get started in architectural sculpture and design?

NH: I grew up helping my parents with their ‘good life’ dream, which was an organic farm started in 1981. Due to that experience, I knew at a very young age that I wanted to be creative and work with my hands. Later, my stepmother — who was an architect — helped me find my first apprenticeship. She taught me to value tradition and craft and to see that new ways of building were often not the best, especially with regard to preserving old buildings.

NH: Hunt Studios was given the opportunity to carve a 16-foot monolithic tomb in the style of the Nabataeans, who built Petra in Jordan 2,000 years ago. We carved the façade into a giant sandstone boulder up in the mountains near Santa Barbara — it was a dream job. We were later commissioned by the landowner to carve a domed room inside, which we found we could tune like an instrument. As we carved, we would stop and hum to find the resonant frequency and the frequency would change as we carved. Ever since, I have wanted to explore that effect more in my work.

What advice would you give to someone who is trying to break into the architectural sculpture arena?

NH: Well, there isn’t much of an arena anymore — it’s more like a Badminton court. I like to diversify in what I do, which is actually not bad advice for someone starting out. You must be willing to be flexible with where the path takes you. And a good apprenticeship is really helpful. You can learn something from pretty much anyone.

What’s next for Hunt Studios?

NH: Weird and wonderful projects that challenge us and keep the creative spirits alive. I am waiting for the call from Jeff Bezos to send us to carve rocks on Mars.

What is your ultimate dream project?

NH: To have a patron with an open checkbook and complete faith in my vision, so I can create anything my heart desires. 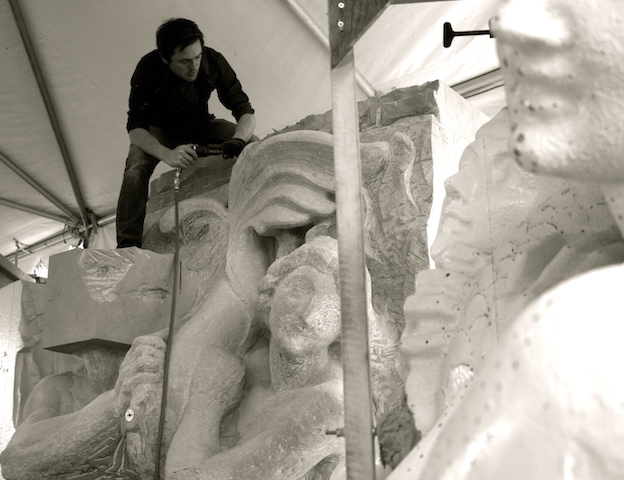 What advice would you give your younger self?

NH: The most memorable times come at the end of projects, when the dust has all settled and you can stand back and see what you’ve achieved. I have many fond ones.

If you weren’t a sculptor, what would you be doing?

NH: Perhaps a builder of some sort. I have always wanted to build my own house from scratch using simple quality materials.

If you could go back in time, what year would you travel to?

NH: I would go back to ancient times and learn about the old technology we have lost, maybe drop in for an Egyptian Pyramid installation or an Inca stone wall project.

NH: My Granddad. He is long gone, but he studied the ancient stone circles in Dartmoor and I never really got to share my love for stone with him.

NH: Oh fuck, I don’t know…English people in general don’t really like talking about themselves. 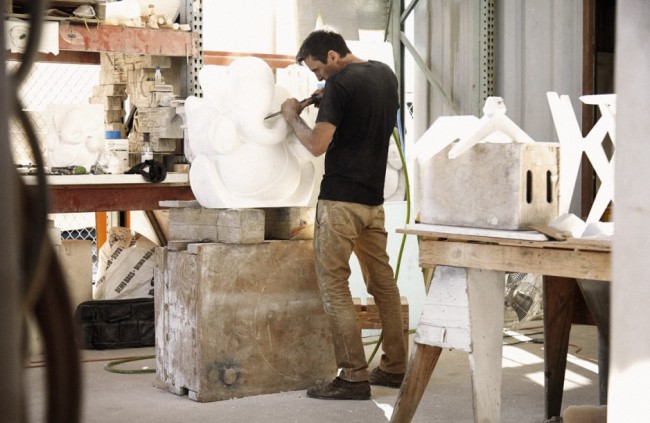 NH: Michelangelo. He was way ahead of his time with his later work. I am awestruck with what they were both able to achieve in their life times. I love the loose gestural clay work of Rodin, but then he had the freedom to do what he wanted, and was not at the bequest of some pope.

NH: An early bird wakes me up at 5:30am most mornings…in the form of my 2-year-old son.

NH: Curry. Going to the local Indian restaurant was a real treat when we were kids, and I still adore a good curry.

A Clockwork Orange or American Werewolf in London?

NH: Churchill. At least the war he was in wasn’t completely pointless.

The Tate Modern or The Louvre?

NH: The Louvre because there is much more there for me to nerd out on. 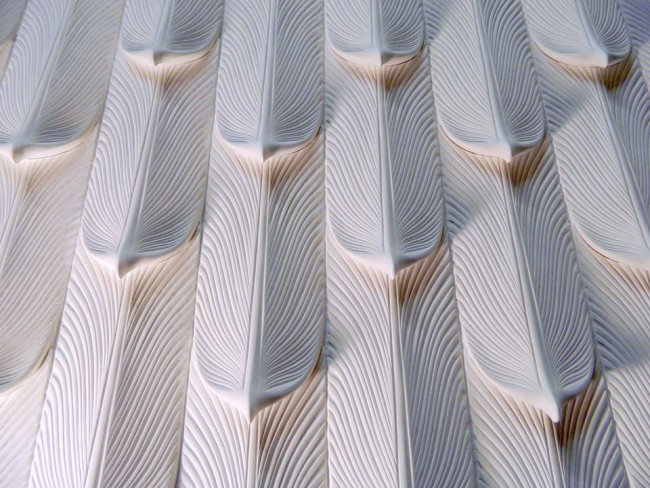