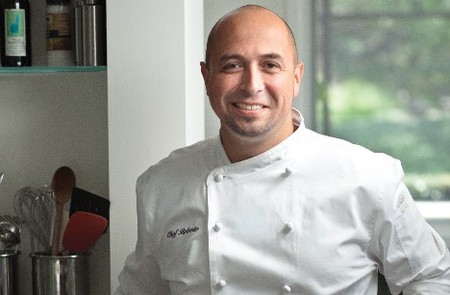 Chef Roberto Martin, former personal chef for celebrities such as Ellen DeGeneres and Tom Cruise, opened his first restaurant venture, eLOVate Vegan Kitchen & Juicery, in Santa Monica in October 2015. His restaurant showcases what he calls an ‘evolved vegan cuisine,; with a menu packed with flavor and seasonal freshness. 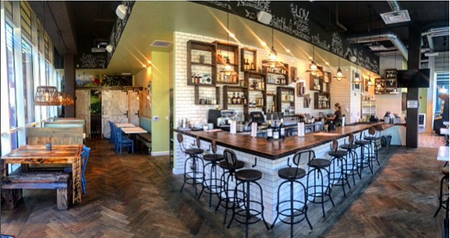 What inspired you to become a chef?

I have always enjoyed being in the service of others, expressing myself through many creative mediums, and working with my hands. I was first exposed to haute cuisine as a waiter in downtown LA and was instantly hooked. I started working as a prep cook and received a lot of encouragement from my peers to pursue cooking as a career. Cooking in a restaurant was one of the first times anyone had ever told me ‘good job’ or ‘you’re good at this.’ I would have to say that my inspiration came from accepting into my heart that I could be successful at something. For this reason, I never hesitate to encourage my family, friends, and employees.

Who was the first celebrity you cooked for? How did you get in touch?

Arnold Schwarzenegger and Maria Shriver. I was put in contact through an agency. Although I grew up in LA, the closest I’d ever come to meeting a celebrity was sharing a urinal with Jack Nicholson at a Laker game. Suddenly, I found myself working for one of my favorite childhood movie stars.

How did vegan cuisine become your expertise?

I fell into it. I was an omnivore chef for ten years and it wasn’t until I accepted a position as Ellen DeGeneres’s personal chef that I started preparing vegan food. I don’t believe that vegan food is, in fact, my area of expertise; cooking enjoyable meals is what I do best. The fact that I do not use animal-based products is tertiary. 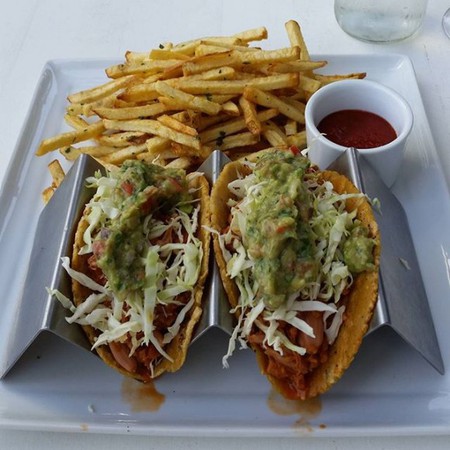 Don’t be afraid to try new things. The strangest sounding thing on the menu may be the best.

If you could only eat one cuisine for the rest of your life, what would it be?

What are guests’ favorite menu items at eLOVate Vegan Kitchen?

Folks seem to love our guajillo jackfruit tacos and our coconut magic bar. 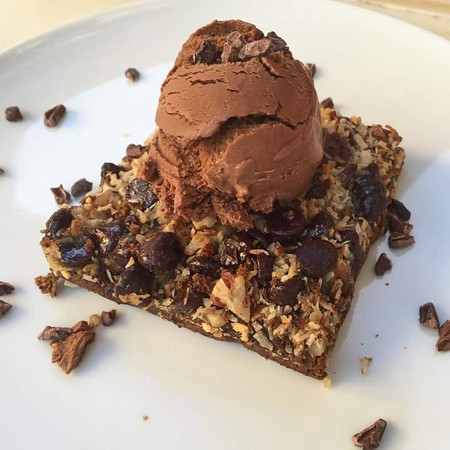 Juice, if there is vodka; otherwise smoothie with protein.