Meet Do LaB, A Production Company Creating Festivals You Can Escape To 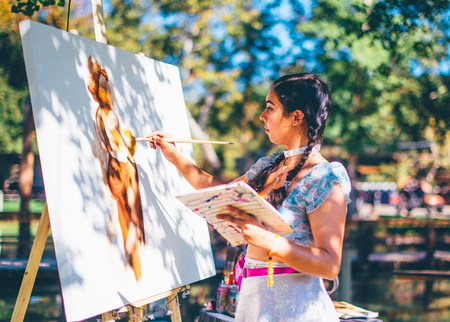 Courtesy of The Confluence/© Julian Bernstein

You may recognize Do LaB because of its association with one of the USA’s largest festivals: Coachella. Do Lab partners with Goldenvoice to construct the most unique stage at California’s buzzing annual event. The stage is named ‘The Do LaB,’ so regular festival-goers will already be familiar with the company name. Replete with a treehouse and colorful kites overhead, it stands out among Coachella’s mostly minimalist square white tents. 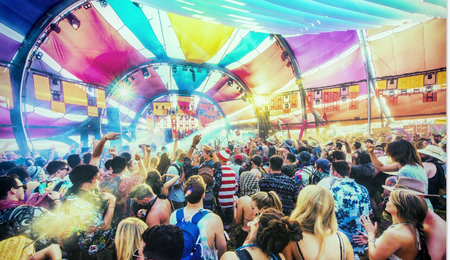 Courtesy of The Confluence | ©Eric Allen

The Do LaB is actually a large production company that puts on entire festivals itself, and they do it in exactly the kind of spirit that has gained their contribution to Coachella so much acclaim. As Los Angeles’ premiere up-and-coming production company, the Do LaB creates transformational festivals that immerse audiences in a fully new experience, creating another world to which to escape. A ‘transformational’ festival is not just a music festival but a complete experience that’s inviting, allowing visitors to return rejuvenated, enlightened, and grateful. 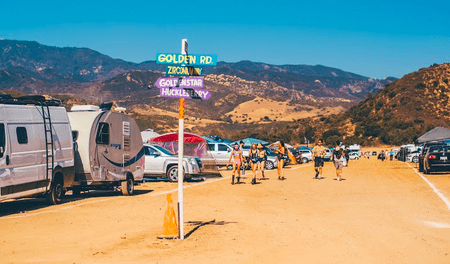 For example, their largest festival, Lightning In A Bottle, takes place Memorial Day weekend, so it draws a lot of partygoers. It initially started as someone’s birthday party and evolved over the years into such an esteemed and sought-after invitation that they decided to use their event planning abilities to widen the event into a festival for their interests in music, the environment, sustainable living, mindfulness, yoga, meditation, and spirituality. Attendees discovered yoga classes with a DJ, food and cooking demonstrations, guided meditation, vegan food stands, motivational talks and workshops, and craft fairs with all kinds of live artists and creators displaying their works. And all this was merely in addition to a stacked lineup of talented dance and alternative musicians throughout the three-day journey.

Courtesy of The Confluence/ | © Julian Bernstein

Though they’re growing, the Do LaB isn’t interested in commercializing or mass producing the signature elements of their production style, and it is this purity and altruism that makes them so desirable. Of course, they want to grow and succeed just like any company, but the difference is they’re not willing to do so if it means sacrificing their values of what makes a transformational festival. And those are sustainability, intimacy, and the attention specifically paid to bring in underground and indie artists as well as big name headliners. 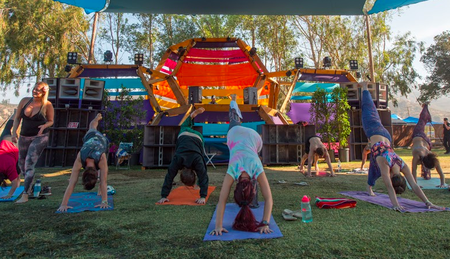 Brothers and founders Dede, Josh, and Jesse Flemming try to keep costs of ticket prices down and stay true to their beliefs while still maintaining the best possible experience for their attendees. For example, all camping at the festivals, wherever the location, is ‘leave no trace’ camping, meaning attendees must pack up all their trash and take it home with them, attempting to leave the land they use for the events even better than they found it. Although the founders sometimes disagree about whether or not to spend more money on aesthetically pleasing details, they always find a creative solution. In the interest of being resourceful for the good of the festival and also to honor their beliefs in sustainability and always respecting the environments that they inhabit for the weekend, they are constantly reusing materials from one event to the next in different ways. For example, the string of lanterns that guided festival-goers across the many hilltops in the wild empty fields of Bradley, California, at Lightning In A Bottle, were also seen strung around the lake, their lights reflecting off the water in the night, at the following festival called Woogie Weekend. 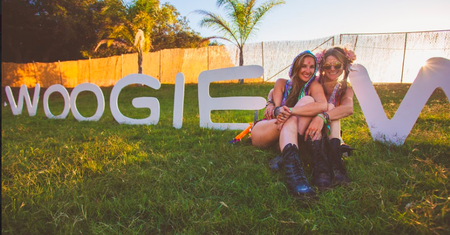 Their next co-produced event is called Dirtybird Campout, and it takes place at a quaint location in Southern California called Oak Canyon Park, which feels like an oasis in the midst of the nearby bustling suburbs of LA. This smaller, intimate festival will feature the most renowned artists from the Dirtybird family, created by house legend, Claude VonStroke. It takes place October 7th-9th, and tickets are currently on sale (although true to the Do LaB’s generous spirit, there is a work program that allows fans to volunteer to work and go to the festival for free). In addition to top-notch performances, there will be campground games and fireside sing-alongs that focus, as always, on community building just as much as they do on having an unforgettable time.