Mary Mattern, better known as the brains behind Nom Yourself, is a relatively new vegan who has taken the vegan world by storm. The self-taught chef who is originally from Suffern, a town outside New York City, became vegan in September 2012 and hasn’t looked back. 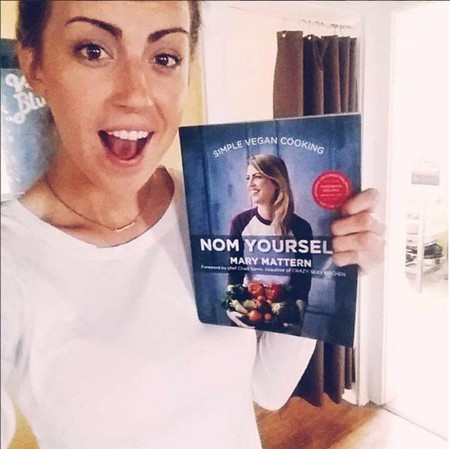 Approaching her three-year anniversary of being vegan, Mattern has toured with Ellie Goulding as her personal chef for a month and a half, been invited to Jeremy Piven’s house in Malibu after a sighting at Crossroads and subsequent Twitter exchange and acted as sous chef to Ellen’s former private chef Roberto Martin for an intimate dinner for journalists in New York hosted by Gardien.

Why Did You Become Vegan?

At first I started eating a plant-based diet just by cooking what I brought home from the farmers’ market. I wasn’t looking to change my lifestyle or my diet. I was just looking to learn how to cook so that produce wouldn’t go bad in my fridge. Then after realizing I was eating a plant-based diet with ease, I knew that I had conquered the one reason I said I could never go vegan. So I made the switch.

What Was Your Big Break?

I’m not sure there’s anything in particular that has happened that I would say was my big break. I’ve met some amazing people through the vegan community and through social media, who have been really supportive of what I’m doing and I’ve been really fortunate to work for a lot of them. I started with social media, and used Instagram as an outlet to just document what I was making in the kitchen. Then very quickly there became a demand for recipes, which led to the building of nomyourself.com. So I wouldn’t say I’ve had a big break, I think there’s a lot of great people who have just responded really well to my food. Which I am forever thankful for. 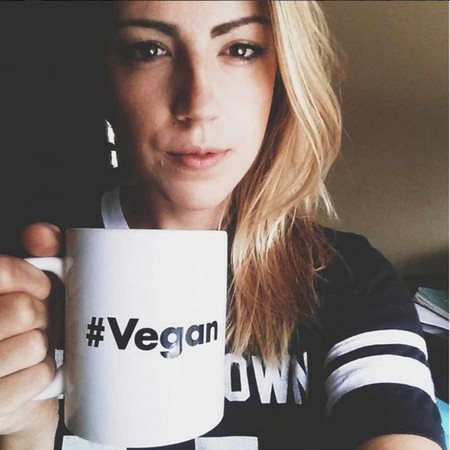 Why Call Your Website (And Now Book) Nom Yourself? What Does It Mean?

It means you are what you eat. I think that’s something that resonates with a lot of people. For me it has even more meaning when it comes to being vegan. I don’t want to put a dead animal in my body.

What Inspired You To Write Nom Yourself?

The first thousand people that started following me on Instagram, honestly. They were so supportive and wanted me to start writing recipes. At the time I had a job so there weren’t enough hours in the day to keep uploading recipes to the website. So I self-published the book. Then, Penguin/Avery came to me and wanted to release it. By the time they had approached me, though, I had learned so much more, so the new book ended up being almost all new recipes.

How Would You Describe The Recipes?

It’s absolutely comfort food. I wrote a lot of it when I first started cooking, so I was trying to recreate things I loved so much without using meat, dairy or eggs.

What Separates Your Book From All The Other Vegan Cookbooks?

The book is my journey into veganism, so no one’s going to have the same exact experiences. However, there are a lot of similar struggles that as someone who is looking into living this lifestyle or someone who has been living it a while can relate to. I did all the photography, food styling and recipe writing myself. So, this book is really a 100% reflection of a girl learning to cook outside of the food she grew up. 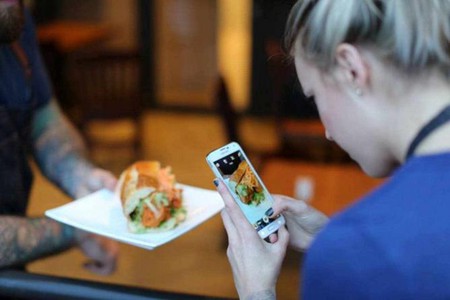 You Are ‘Poised To Become The Rock Star Of The Millennial Vegan World’. How Will This Book Help You In This Quest?

Ha, oh man. I really just want to keep writing cookbooks, cook for amazing people and keep inspiring people to get into the kitchen. This cookbook will help me reach more people than I could have imagined. With book signings coming up in Australia, US and Canada, I’ll be able to finally meet the people who have supported me for so long. Which is what I’m looking forward to the most.

What Is your Favorite Dish To Make?

I try to create new dishes every day so my favorite is always changing. Right now I’d have to say eggplant rollatini with kale pesto.

What Is Your Main Inspiration?

The animals of our planet that get slaughtered every second of every day. I remember I was very anxious about doing an interview one time and a friend said “You have to do this, there are animals relying on it.” This isn’t about me; this is about saving our animals, our health and our planet. I’m just a girl who cooks, but if I can reach a couple of people, and they reach a couple of people, we can make a difference.

Any Advice For Those Considering Veganism?

Go vegan. Google vegan recipes, create new recipes in your kitchen, find restaurants near you that serve vegan options, research cruelty-free products, stop supporting zoos and aquariums (there is way better things to do in your city, guaranteed), and remember that this really is the best decision for your health, our environment and the animals that you can make. There’s no better time to educate yourself on these matters than right now.