Marin Headlands: The Bay Area History You May Not Know 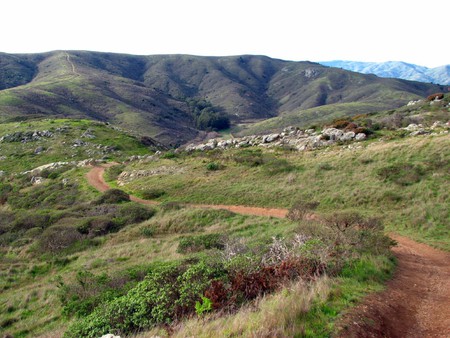 The sprawling landscape of the Marin Headlands is home to a vast network of hiking trails and beautiful views. Although it is now officially part of the Golden Gate National Recreation Area, it has a deep and complex history all its own that has contributed to the land it is today.

Years later, the United States Military constructed a series of military fortifications, which were built to prevent enemies from coming into the San Francisco Bay. During both WWI and WWII, various structures were built and staffed by military personnel. Although none of these sites are currently being used by the military today, many sites are still standing and are open to visitors. One of the most well preserved sites, Fort Cronkhite, provides visitors with a look back to a time when the army was training soldiers for WWII. 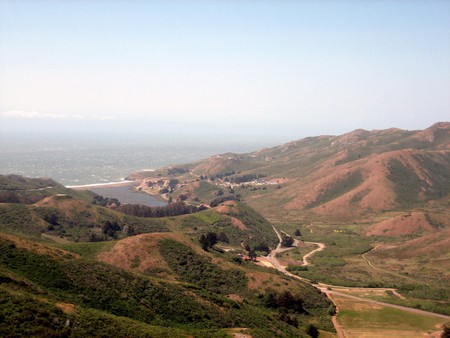 Looking out at Rodeo Beach in the Marin Headlands | © 4johnny5_Flickr

A far less commonly known story is that of Marincello, the town that was proposed to be built right on top of the current Golden Gate National Recreation Area. The idea for this new town was proposed in the 1960s and included homes, apartments, a hotel, and a shopping center. Fortunately for the thousands of visitors the park receives each year, Marincello construction was halted by environmental activists and bought from the bankrupt landowners, Gulf Oil, by the Nature Conservancy in 1972, who transferred ownership to the National Parks Service.

Today, the Marin Headlands welcomes locals and out-of-towners to hike and bike along hundreds of miles of coastal terrain. The area is also a favorite among dedicated trail runners and is the location of the North Face Challenge Championship event, one of the most popular trail races in the world. Since its first year, 2006, the North Face Challenge has helped to grow the sport of trail running, as well as the North Face brand. In addition to beautiful and challenging terrain, the event boasts the largest prize money in trail racing today at $10,000 for the top male and female finishers of the 50-mile, ultra-marathon event.