The Undimmed Legend Of Marilyn Monroe 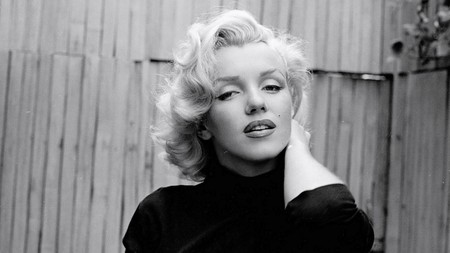 Marilyn Monroe was one of the most famous actresses of all time. She won a Golden Globe and has been a major symbol for the risqué side of Hollywood. Her voluptuous figure and blonde hair make her easily recognizable even by people who know very little about cinema. Despite her unfortunate passing at a relatively young age, her legacy endures.

Marilyn Monroe was born Norma Jeane Mortenson on June 1, 1926, in Los Angeles. She had a troublesome childhood that included unreliable parents who never really cared for their daughter. In fact, Marilyn’s mother had several stays in mental hospitals while her father abandoned the family. Eventually she was raised in foster homes and was placed in a Los Angeles orphanage at the age of 9. Never knowing who her father really was, Marilyn struggled with finding acceptance given the dire circumstances that she underwent at a very young age.

Even though she eventually became a Hollywood icon, Marilyn initially had a turbulent start to her film career. Released in 1947, her first film was Dangerous Years, in which she played a waitress named Evie. Unfortunately, she also did not receive credit for her appearances in films like A Ticket to Tomahawk and Right Cross, both of which were released in 1950. It was not until she appeared in the 1950 classic All About Eve that her film career began to manifest itself. The film went on to win the Academy Award for Best Picture that year, and it allowed her to continue her contract with 20th Century Fox.

During the 1950s, Marilyn Monroe starred in several important comedies. She earned a Golden Globe for Best Actress in a Comedy in the hit Some Like It Hot. Marilyn plays Sugar Kane Kowalczyk, a singer who gets involved with two cross-dressing musicians that are fleeing gangsters after witnessing a violent massacre. Some film critics consider Some Like It Hot to be one of the greatest comedies in film history.

She also starred alongside Jane Russell in Gentlemen Prefer Blondes, which debuted the famous musical number “Diamonds Are a Girl’s Best Friend.” Monroe was simply known as “The Girl” in The Seven Year Itch, which includes the scene of Marilyn’s dress flying up under a sensual subway breeze. Marilyn Monroe became both a film star and a representation of womanhood through these famous performances. 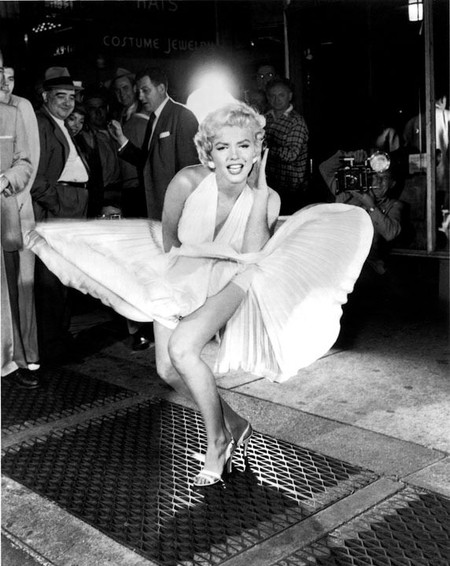 Even after all the success she achieved at the height of her career, Marilyn had a troubled personal life. Her marriages with James Dougherty, Joe DiMaggio, and the celebrated playwright Arthur Miller all ended in storied divorces. Miller even wrote a controversial play entitled After the Fall, which supposedly references Marilyn’s personal issues. She also proved to be a burden for Laurence Olivier while they worked together on the 1957 film The Prince and the Showgirl. By the 1960s, Marilyn Monroe found only limited success with films like Let’s Make Love and The Misfits. 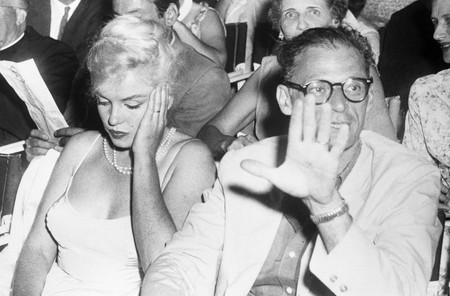 Marilyn Monroe’s final days were filled with strain and tension. She was working on the film Something’s Got to Give when she died from a drug overdose on August 5, 1962. Right before her death, she delayed production on the film because she was frequently absent. Such negligence forced the filmmakers to fire Marilyn, and the film was never completed. The film itself was intended to be a remake of a 1940 film called My Favorite Wife, which starred Irene Dunne and Cary Grant. Marilyn Monroe was only 36-years-old when she died.

Marilyn Monroe’s legacy continues to endure even though she died more than 50 years ago. Many actresses have attempted to capture her persona, but Marilyn still has a unique place in Hollywood history. Most recently, Michelle Williams played Monroe in the 2011 film My Week With Marilyn, which earned Williams both a Golden Globe and an Oscar nomination. Oscar-winner Eddie Redmayne co-starred as the young Colin Clark, a man lucky enough to have a memorable week with Marilyn Monroe.

There have also been countless parodies of Marilyn Monroe featuring over-the-top impersonators in blonde wigs. Even Nicole Kidman has had a stab, doing her own rendition of “Diamonds Are a Girl’s Best Friend” in Baz Luhrmann’s Moulin Rouge! Many actresses might try to imitate her, but Marilyn Monroe will always remain a one-of-a-kind Hollywood star. 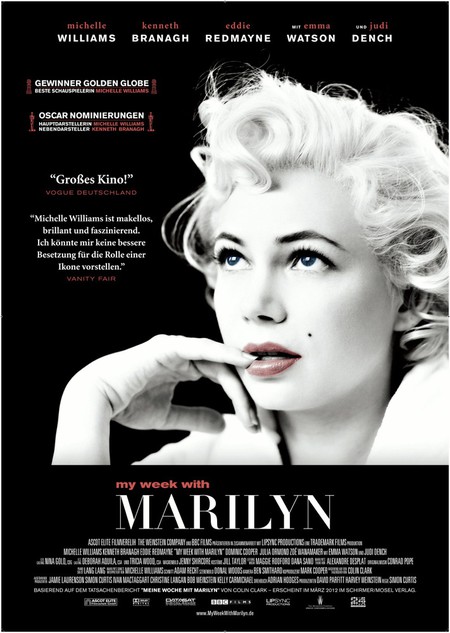