Making Waves And Art: An Interview With Artist Peter Richards

Local artist Peter Richards shares some of his thoughts behind his design of the San Francisco Wave Organ. 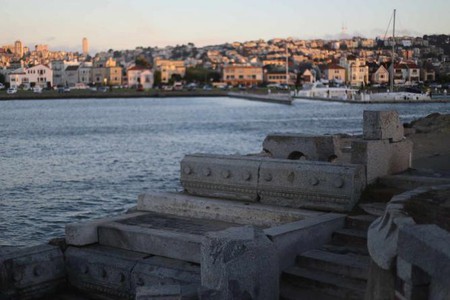 Above the murmur of coffee machines, steamers, and frazzled baristas, Peter Richards and I discuss wave motion and art.

Almost thirty years ago, Peter Richards enlisted the help of stonemason George Gonzalez to turn his fascination with tidal movements into a literal concrete reality. The result was a sound sculpture inspired by the San Francisco Bay. 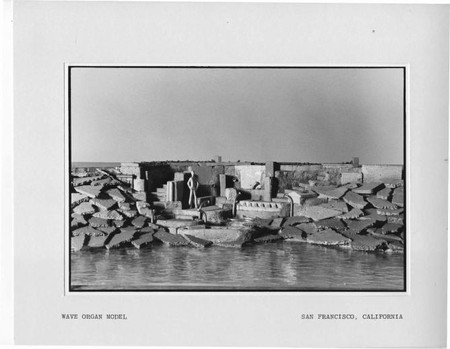 Constructed from a collection of cemetery rubble, discarded marble, and segments of PVC piping, the Wave Organ adds an element of visual curiosity to the marina terrain and an ethereal voice to the local soundscape at high tide.

Perched at the tip of the San Francisco yacht harbor, it offers unobstructed views of the bay with a panoramic reach sweeping from the Golden Gate Bridge all the way to Alcatraz. Richards notes he also intended his design to honor several local juxtapositions—that of land bordering water, nature within urban sprawl, and the old merging with modern. 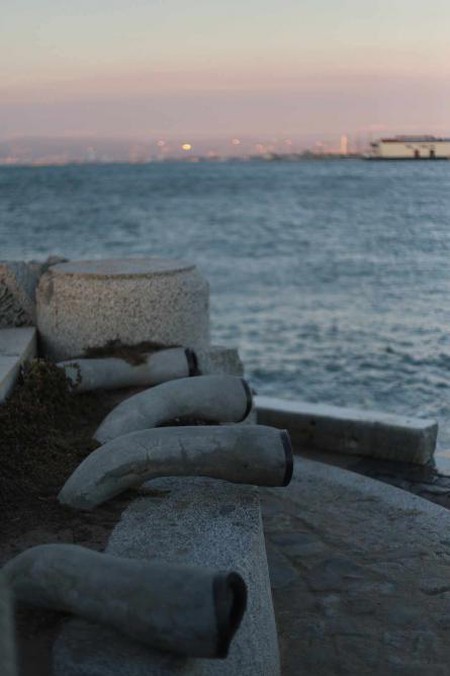 The tidal patterns, wave action, and air compression that inspired the piece may not seem like obvious candidates for cathartic musing, but for Richards, observing nature was central to both his residency research at the Exploratorium and, as a result, his creative identity as a “place maker.”

Next year the Wave Organ will celebrate three decades of public service, and while Richards believes the site would benefit from “a kick in the butt,” he is confident it will continue to provide locals and tourists alike with unique photo ops and, perhaps more importantly, a place for private reflection and heightened sensory awareness.

“Pair a full moon and high tide, with some cracked crab, a bottle of Chardonnay, and a local good sourdough. As part of my work with non-profits, I would offer as an auction item, a salmon dinner cooked on-site out at the Wave Organ. That was pretty good, too.” 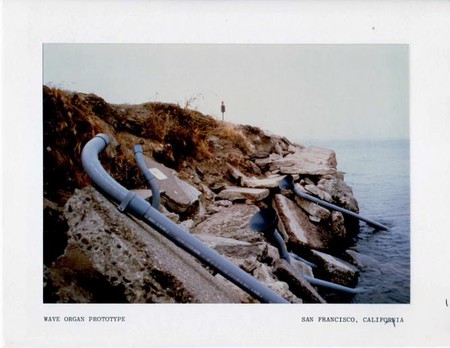 What would you add to the Wave Organ that you were not able to during initial construction?

“25 years later [after the opening], I was able to convince the California State Coastal Conservancy to fund the final component, including the wheelchair ramp. Man, there are so many stories about this place. I mean, one of the guys on the crew had a wheelchair-bound son who couldn’t come to the original opening because he couldn’t get down there. So close to 30 years later, after the ramp was installed, the father shows up for the opening in a wheelchair himself. The point is that [as public art] it really is meant for everyone.”

“One day, I was just out there cleaning up, and I saw a teacher and a group of kids, probably about 20 or 30 of them, coming up. And I could hear them coming. They were quite a boisterous group. When they finally arrived, the teacher told all of them to find a place, sit down, and be quiet for five minutes. No moving, no stirring, just listen. And I thought, ‘fat chance’ but they did. They were in about fourth grade. Anyway, they were pretty good. Into their third minute, they began moving around, and so he called them in and asked what they heard. Someone said they heard a seagull, someone heard the pipes. Then someone asked if they’d seen—I forget what his name was exactly—but let’s just call him Johnny. So a cry went out for Johnny, and it turns out that Johnny had gone over to the other side of the jetty. He eventually popped his head back out, and said, “Hey, I found my own Wave Organ.” He’d poked his head through the riprap, put his ear down there, and heard a gurgling sound. He found it naturally occurring, and I thought, that’s what the Wave Organ is about. It’s about opening your eyes so you can have your own experiences and make your own discoveries.” 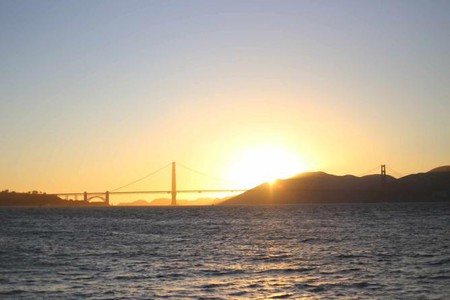 On the role of public art

“I think the Wave Organ is a great example of what public art can do. It’s engaging; it’s about the site; it’s about the city; it’s about sound and music. There are many different ways you can engage with it, and it can be a place where people figure things out for themselves, come up with questions as well as answers. I think I got into that spirit of experimental artwork as a staff member at the Exploratorium. You know, I’d like to see more work like that.”

Check out more photos from our evening at the Wave Organ here.

When she is not inhaling Korean food, the Singaporean native can be found doodling, wandering local farmers’ markets, or enjoying a good sunset. Notebook and flip-flops in hand, she is excited to explore the Bay Area and its summertime treasures with The Culture Trip team.