Dive between the trees of the Presidio, through some of the most gorgeous homes around, and then onto the streets of the Mission District to explore the rich history behind what is known today as Divisadero Street. 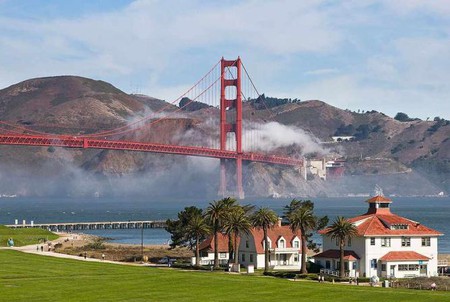 Early in the morning, cozy in a sweater and ready for a walk, step outside your door into the foggy, cool, beautiful air of the Presidio in San Francisco. Pass through the Presidio Gate, and head north-west along the perfectly marked concrete path through the forest that eventually leads to one of the best views of where the Pacific Ocean meets the San Francisco Bay, separated by the Golden Gate Bridge. Along the walk, as your skin slightly chills, surrounded by Monterey Cypress trees, something in your heart begins to feel alive and connected. Looking around at the elegant, tall trees it dawns on you: this city was founded over 200-hundred years ago… who else has walked on this path? Welcome to Lovers’ Lane.

Start at the beginning: June 29th, 1776, to be exact. On that day, the Spaniards held the first Mass on the grounds or ‘camp’ of Mission Dolores – San Francisco was born. Spain beat out England and Russia for the founding of the west coast city. What is known today as the Mission District was at that time the entire city of San Francisco. It held despite the Presidio’s founding one month later. 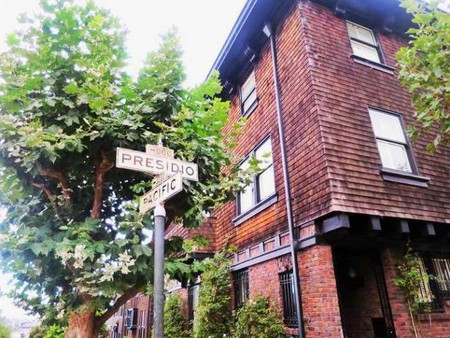 Entrance to the Presidio and Lovers’ Lane | © Julia Santucci

Since the two new areas were (and still are) three miles apart, a trail was created to connect the two for easy back-and-forth travel. The path was built along the sand dunes which ran from the Presidio to the Mission. Soon after the Gold Rush, the American Civil War began. It was during this era in the 1860s that the lonely soldiers used their time off to visit their loved ones, including girlfriends, wives, and lovers. In order to meet them in San Francisco, they used the path that was built back in 1776. With heavy foot traffic by the soldiers on this trail to meet their sweethearts, it was rightfully labeled ‘Lovers’ Lane.’

Over the next 150 years, the vibrant city of San Francisco rapidly grew. Houses, parks, and people took over! A good portion of the three-mile path was built on, and it was finally renamed ‘Divisadero Street.’ Luckily, a small portion of the original Lovers’ Lane remains intact. It is clearly marked and can be found inside Presidio National Park. According to the plaque which sits on Lovers’ Lane today, it is possibly the ‘oldest travel corridor in San Francisco.’ 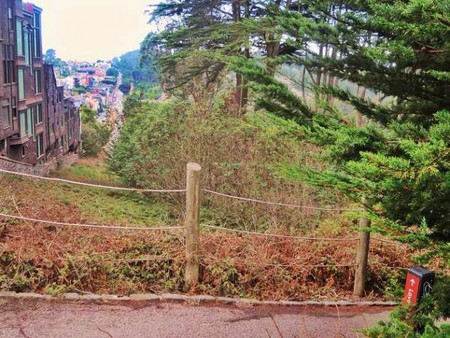 The portion of Lovers’ Lane closest to San Francisco Bay contains a bridge that was built in 1885 in order to cross a small creek. Begin there and walk south-east towards Presidio Heights and Cow Hollow, and you will stroll along with history and enjoy the trail as the original locals did. Once you finish walking what is left of Lovers’ Lane (0.6 miles, start to finish), you can marvel at some of the most magnificent homes in San Francisco or even walk by the Letterman Digital Arts Center, which is the current headquarters of Lucas Films, complete with its own Yoda fountain. Land that was once sand dunes now holds the famous Lyon Street Steps and Billionaire’s Row. Continue along Divisadero Street until you reach the eccentric and colorful Mission District. After exploring Mission Dolores, check out our list of several more must-see sights in the Mission. How many other people can say they learned that much history on their daily morning walk? 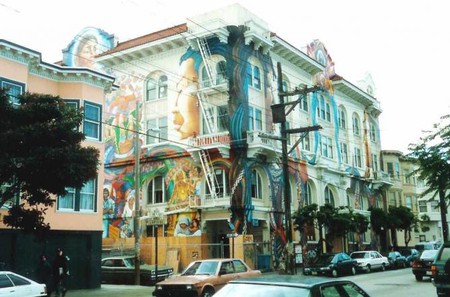 Based in San Francisco and originally from the East Coast, Julia is a writer and host, passionate about the hidden facts only the locals know about, from culture to architecture, fashion to food.