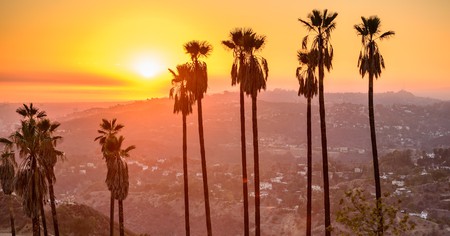 Los Angeles has perfect weather, a sprawling metropolis bounded by mountains, desert and sea and the glamor and grittiness of the US entertainment industry. It all makes for a prime hotbed of lore and legend, from a weather phenomenon said to put people on edge, to a hotel plagued with grisly crimes and dangerous guests.

The Santa Ana winds are strong, dry and hot, and sometimes make you feel as if you’re standing in front of a massive open oven. They typically occur in the fall, as high-pressure winds in the Great Basin move at high speed across the desert toward the low-pressure air of the coast. Angelenos like to pretend that there is something mystical about the winds that cause people to behave more aggressively than usual—it’s Los Angeles’s very own Mercury in retrograde.

“It was one of those hot dry Santa Anas that come down through the mountain passes and curl your hair and make your nerves jump and your skin itch. On nights like that every booze party ends in a fight. Meek little wives feel the edge of the carving knife and study their husbands’ necks. Anything can happen.” — Raymond Chandler, Red Wind: A Collection of Short Stories

“Los Angeles weather is the weather of catastrophe, of apocalypse, and, just as the reliably long and bitter winters of New England determine the way life is lived there, so the violence and the unpredictability of the Santa Ana affect the entire quality of life in Los Angeles, accentuate its impermanence, its unreliability. The winds show us how close to the edge we are.” — Joan Didion, Los Angeles Notebook. 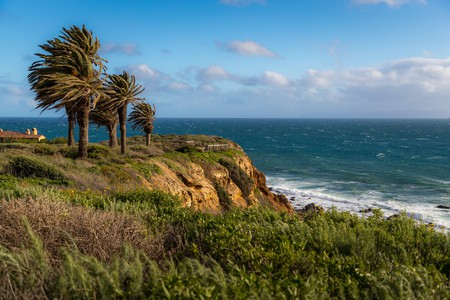 People say that Griffith Park is haunted by an old curse. The land once belonged to Spanish soldier José Vicente Feliz, given to him by a Spanish land grant. After his death, the land passed to Maria Ygnacia Verdugo, who had wed one of Feliz’s sons, and then it passed to her son, Don Antonio Feliz. It is alleged that Don Antonio’s friend, Antonio Colonel, tricked Don Antonio Feliz into leaving him the land as Feliz lay on his deathbed. As a result, Feliz’s teenage niece Petranilla cursed the land, saying, “A blight shall fall upon the face of this terrestrial paradise, the cattle shall no longer fatten but sicken on its pastures, the fields shall no longer respond to the toil of the tiller, the grand oaks shall wither and die! The wrath of heaven and the vengeance of hell shall fall upon this place.”

However, according to Mike Ebert’s Griffith Park: A Centennial History, it’s more likely that journalist Horace Bell invented the supposed curse. Still, some point to the hex when discussing tragedies that have occurred on the land. They include the suicide of Peg Entwistle, an aspiring actor who leapt to her death from the ‘H’ of the Hollywood sign in 1932, and a fire that swept the park in 1933, killing 29 people. 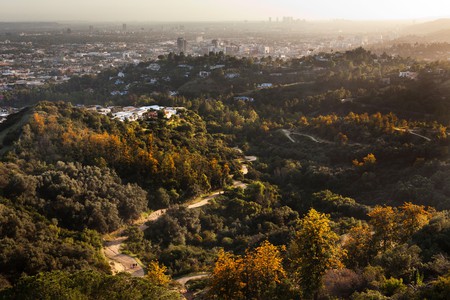 When this Art Deco-style hotel opened in downtown Los Angeles in 1927, it was considered quite posh. However, the Great Depression took its toll and the hotel fell into disrepair. Over time, it would become the stuff of nightmares. Serial killer Richard ‘the Night Stalker’ Ramirez stayed at the hotel in the ’80s, and Austrian killer Jack Unterweger booked a room in the hotel in 1991. During Unterweger’s stay in Los Angeles, during which he was on assignment as a journalist, he murdered three women.

In 2013, a young Canadian tourist named Elisa Lam checked into the hotel, but never checked out. Her body was found several days later on the roof, in one of the hotel’s four water tanks. Although her death was ruled an accidental drowning, it is still unclear how she ended up in the tank. These grim incidents, combined with several suicides and the unsolved murder of a woman in her room in 1964, have led many to believe that the hotel is haunted or home to some pernicious entity. The hotel is currently undergoing renovations, which may help it to shed its dark past. 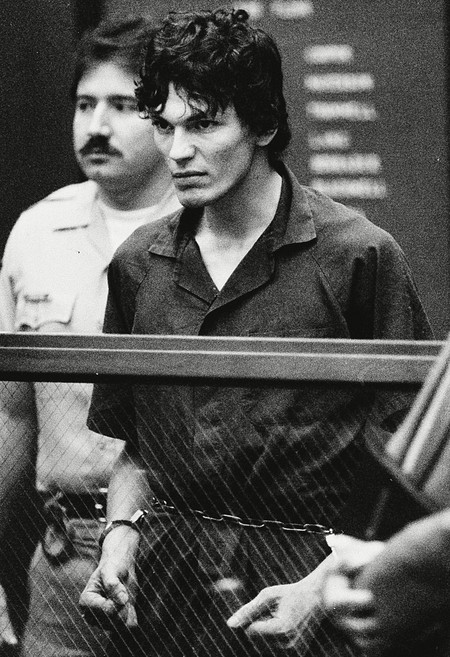 An urban legend has it that an advanced race known as the lizard people lived in catacombs beneath Los Angeles thousands of years ago. Geophysicist George Warren Shufelt began searching for said tunnels and the lizard people’s buried treasure in the 1930s, saying that he had learned of the legend himself from a Hopi Indian, Chief Green Leaf. Shufelt’s quest was documented by the Los Angeles Times, which reported that Shufelt claimed to have built an X-ray machine that showed him the network of tunnels. Regardless of the machine, Shufelt’s quest was ultimately a bust and the supposed catacombs faded into history. There are, however, tunnels beneath downtown LA, which were allegedly used during prohibition as speakeasies and through which alcohol was transported.

The Colorado Street Bridge in Pasadena has loomed over the Arroyo Seco since 1912 but is perhaps better known by its unseemly nickname: Suicide Bridge. More than 150 people have leaped to their deaths from this bridge since 1919, particularly around the time of the Great Depression.

Unconfirmed legends include a worker who supposedly fell off the bridge during construction and is now entombed inside of it, his ghost beckoning others to join him in death. Another possible ghost, according to those who believe in them, is a young mother who flung her three-year-old daughter off the bridge before leaping to her own death. Miraculously, the child landed in a tree and survived, while her mother’s ghost is said to prowl the bridge searching for her.

Even in modern times, the bridge is steeped in tragedy. In 2008, a man murdered his ex-girlfriend and her mother before leaping off the bridge. In 2013, officials erected suicide prevention signs on the bridge, but that still hasn’t stopped some from ending their lives here. 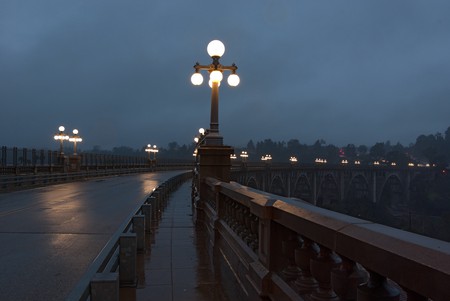 In 1947, 22-year-old Elizabeth Short was found dead in Leimert Park. Her body had been cut in half with surgical precision, and her face had been slashed from ear to ear. Despite the efforts of local law enforcement at the time and the public’s undying fascination with the tragedy, Short’s killer was never caught. Additionally, the circumstances surrounding her murder are mired in rumor, thanks in part to sensationalized news reports. Reporters gave Short a more lurid identity, nicknaming her ‘the Black Dahlia.’ Some reports said she worked as an escort, although there is no evidence to support that claim. Short was also rumored to have been spotted drinking at the aforementioned Hotel Cecil the night before her death, yet these reports have not been corroborated. 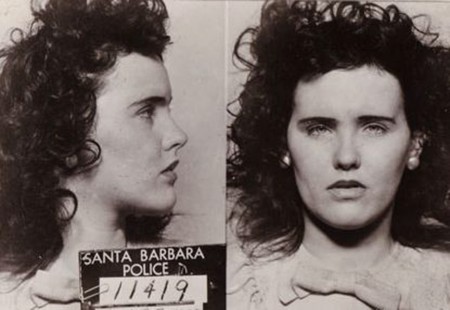 Numerous people have confessed to being the killer, yet none of these confessions have ever checked out. Former LAPD officer Steve Hodel wrote a book, The Black Dahlia Avenger, alleging that his father, Dr. George Hodel, murdered Short in his elegant home. That home, known as the Sowden House, was built by Frank Lloyd Wright’s son, Lloyd Wright, in 1926. Although Hodel was once considered a suspect in the case, it has never been proven that he was responsible. The truth of who committed this horrific crime may never be known. 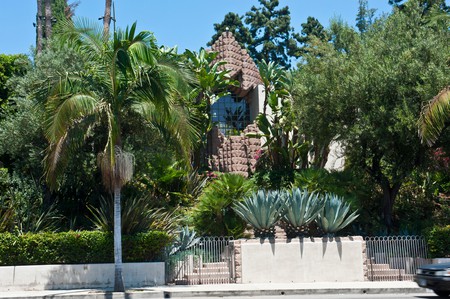