Los Angeles By Bike: The Inside Track 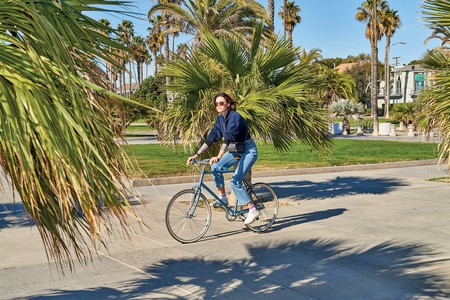 Juliana Rudell Di Simone has helped to popularise the minimalist, city-friendly tokyobikes from the US store at ROW DTLA | © Michelle Groskopf / Culture Trip

With gridlocked roads and stifling smog, LA is not everyone’s first idea of a cycling destination. But, as tokyobike director Juliana Rudell Di Simone says, hopping on two wheels is one of the best ways to see what delights are waiting off the city’s main drags.

The concept of ‘Tokyo Slow’ – the guiding principle of cycling brand tokyobike – is not something that can be clocked on a speedometer.

It’s a state of mind, guided by the unique perspective experienced behind the handlebars: while most commuters witness life in an accelerated state, cyclists get to take in the scenery and reflect on their environment. 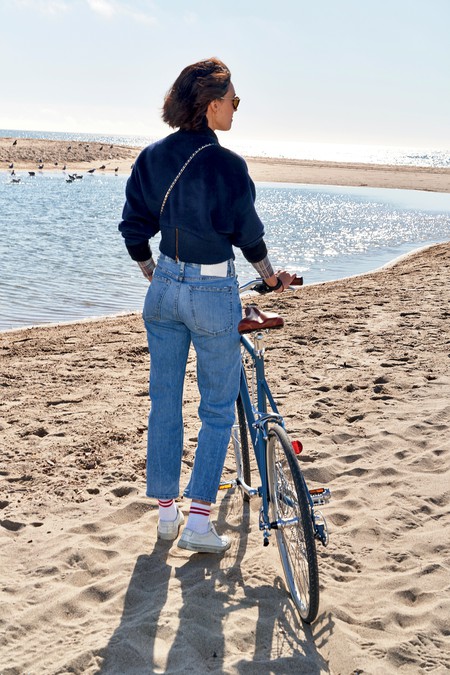 “For us, it’s this idea of ‘get on your bike, take a step back and appreciate everything that’s around you’,” says Juliana Rudell Di Simone, tokyobike’s Los Angeles-based director. “[On a bike], you’re way more connected to the road, to your surroundings, and you end up seeing things that you don’t usually see in other transportation.”

While in the saddle, the blurred backdrops that whizz by daily come into sharp focus, and the city’s overlooked sights and smells are brought to the fore. “When I’m in the car,” explains Rudell Di Simone, “I’m always trying for the fastest way to get somewhere. It’s like, ‘OK, if I have to go Downtown, I’m gonna get on the 10 because that’s the quickest way for me to get there.’ You really don’t see anything, being on the freeway. Everyone’s driving too fast. Whereas when I get on my bike: ‘Oh, there’s this new Korean restaurant along the way; there’s this local theatre that I never knew about.’” 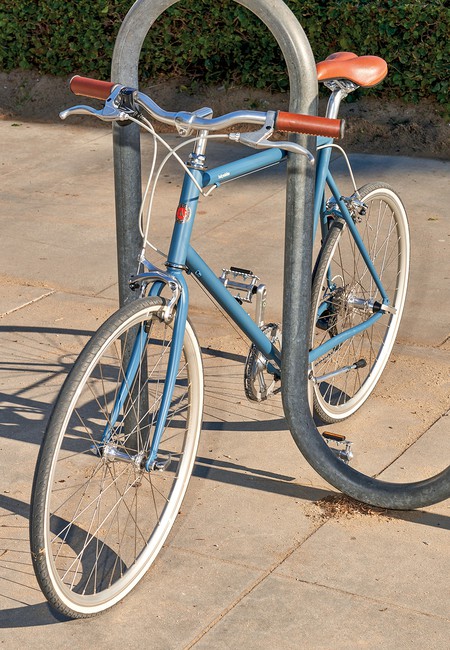 Founded in 2002, tokyobike is based on a Japanese design ethos that favours minimalism and functionality. Rudell Di Simone says she married into the business – her husband was a partner in tokyobike. But, armed with a master’s degree in international marketing, she has since helped the brand to open pop-up and permanent stores in major cities in the US, as well as branches in London’s Shoreditch and Fitzrovia. The parts used are easily serviced by any bike shop, and the chromoly steel frames make them light and easy to schlep on public transport. One of the range’s signature features – the smaller wheels – sums up tokyobike’s approach. 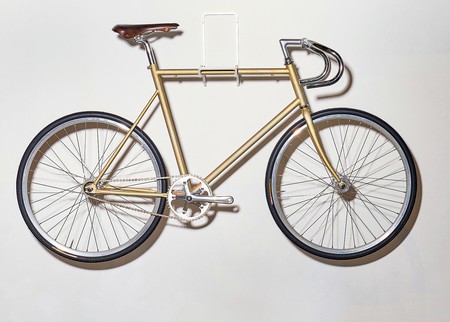 “The smaller the wheel, the quicker the acceleration,” she says. “In the city, when you have to stop and go – there’s traffic lights, there’s stop signs, there’s pedestrians, there’s cars – you need to be able to make momentum easier to achieve. So most customers, when they get on one of our bikes, they always say how zippy the bike is.”

Rudell Di Simone, who hails from Brazil, has also lived in both London and New York. She places LA somewhere between those two cities on the scale of road-friendliness, citing New York’s cyclist-fatality rate, which peaked in 2019 at its highest rate since the start of the millennium, at 29 deaths – five times higher than provisional figures for London. 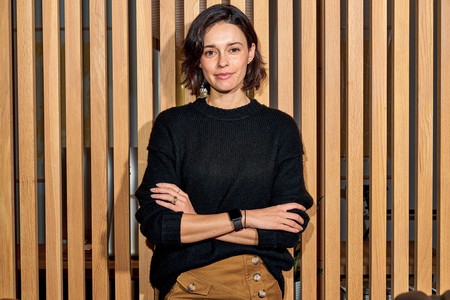 Understandably, many people who would otherwise love to ride in a metropolitan area become hesitant when faced with such grim statistics. Even Rudell Di Simone feels the same sense of trepidation every time she relocates to a new city. For someone so involved in the design and manufacture of bicycles for city riding, though, the answer is not to shy away from the roads, but to get the population cycling in greater numbers:

“We want more people on bikes because more people on bikes means cities [will see it’s] worth investing in infrastructure. Once you get on a bike and get that initial fear out of yourself, you realise that it’s actually not bad, and you just have to find ways and routes that make sense to you.” 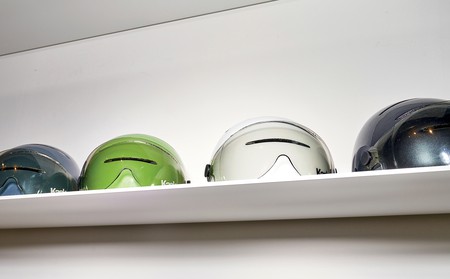 In fact, far from being a daily stress, cycling brings a meditative quality to Rudell Di Simone’s routine. She lives in Mid-City by the Los Angeles County Museum of Art (LACMA), and while it’s not always practical for her to cycle, it’s often far more appealing than the alternative. Driving in LA presents its own issues, ranging from a nightmarish lack of – often expensive – parking, to traffic that crawls even slower than uphill pedalling. And while we’re unlikely to ever see a wholesale switch to cycling, the environmental toll of cars is a real motivation to get on a bike.

As well as being a frame of mind, ‘Tokyo Slow’ could act as an environmental mission statement in today’s climate. “Cycling is the future,” Rudell Di Simone insists. “It’s the past and it’s the future.” 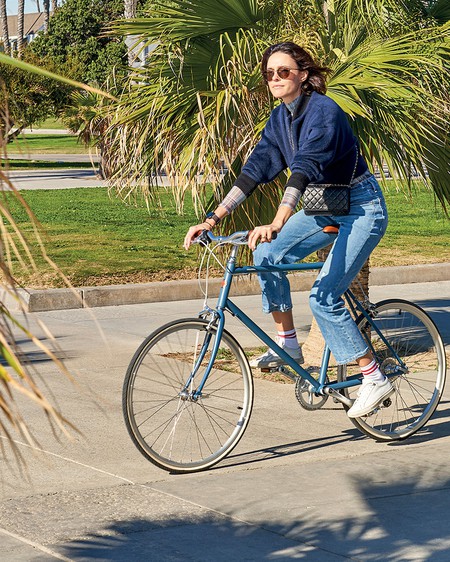 Will Rogers State Beach to Venice

“This is probably the most iconic of all these rides. Enjoy the ocean breeze from Santa Monica to Venice, as you ride south on the bike. Once in Venice, head inland and enjoy all the neighbourhood has to offer. Make sure you stop for the best bread and French butter at Gjusta, say hello to our friends at LCD clothing shop, then get a coffee at Deus Ex Machina. Finally, wrap up with two favourite home and sleepwear brands: Parachute and Lunya.”

“An easy route from Culver City to Playa Del Rey, this is a great option if you want to explore these two super-vibrant neighbourhoods. Stop at the female-owned Midland Shop for a selection of well-curated goods that evoke a Southwest-meets-California vibe, followed by Platform – a unique boutique retail centre where you’ll find up-and-coming brands. While you’re there, get a manicure at tenoverten and some of the best tacos you’ll find in LA at casual eatery Loqui. Grab a loaf to go at Lodge Bread Co, just off the route, and end the day by continuing along the beach path for a frosty IPA at El Segundo Brewing Co.”

“While you may need to fight for space among the selfie-sticks, Urban Light [a large-scale sculpture] by Chris Burden is still one of my favourite sights in LA. Enjoy the iconic Mid-City museum, then make your way to the Original Farmers Market on third and Fairfax, and get yourself a nice piece of picanha at Huntington Meats & Sausages – one of the only butchers in LA that offers the delicious Brazilian cut. There’s a lot to enjoy here, including dinner at Du-par’s and The Sycamore Kitchen for a delicious breakfast bowl. If you’re taking this ride on a Sunday, go from there to the Larchmont Village Farmers’ Market for the best produce. Please stop by Verni Farms for smoked almonds and dried fruits, too. Wrap it up with a flat white from Go Get Em Tiger and loop back through Hancock Park for wide and peaceful streets.”

“Ride through some of the quieter streets between K-Town and DTLA. Start with a traditional Korean barbecue, stop by our friends at Poketo for some gorgeous and uniquely designed objects, ride Downtown for some shopping and perhaps even more food, and end at the NoMad Hotel, where our friend Ryan Bailey has put together an incredible wine programme.”

“Start at tokyobike (of course!) and the shops at ROW DTLA. Make room in your bag for a bottle or two from Flask & Field, where Miriam has done an amazing job with her wine curation. From there, pedal towards the Arts District, where you can spend an entire day mural-gazing and shopping. There is a lot to see in a short amount of time and leaving your car at home makes the tour of the Arts District a lot more enjoyable. Stop by Klein Agency’s studio for dreamy furniture before you head towards Manuela at [art gallery] Hauser & Wirth for lunch. Don’t leave 3rd street without a visit to Alchemy Works, and Apolis for a custom tote bag.”

“If you’re longing for the elusive tasty bagel in LA, you’re going to find it at Maury’s. On weekend mornings, Angelenos will be vying for parking spots and you’ll be glad you biked there. Making your way through Silver Lake and Echo Park, stop by Eightfold for a delicious espresso on the go. End your ride with a drink – there is plenty of bike parking at Highland Park Brewery, as well as outdoor seating where you can watch the sunset. Or, if wine is more your thing, head to Angeleno Wine Co, run by very passionate winemakers, and ask them to tell you about the long history of making wine in that area of LA. You’ll be quite surprised.”

“The LA River bike path has long been a great car-free connector for cyclists and pedestrians between North LA and Downtown. In the past five years the LA riverfront has grown into more of a destination, and offers plenty to do, see and eat. Begin in Atwater at Proof Bakery for our favourite croissant in LA and head west down Glendale Boulevard to the bike path. Then, heading south, you’ll come across Spoke Bicycle Cafe – order the waffle fries and you won’t be sorry. The space also boasts a bike shop. Wax Paper is a half-block off the bike path and this small-but-mighty sandwich shop, operating out of a shipping container, will leave you forever craving its creations. Across the street, check out amazing planters and plants at Sanso Los Angeles in Frogtown.”

“This short ride offers a bike lane nearly the whole way, and connects two neighbourhoods that are receptive to cyclists. Life feels a bit slower here, away from Downtown. Start at the Cub House, a bike retail, bike service and plant shop. Grab a coffee and a bite on the way, then head to Gold Line – our favourite bar in LA – which reminds us of Tokyo and the famous Bar Martha.”