High Bridge Arms, after 63 years of operation, is closing in the face of new regulations proposed by District Supervisor Mark Farrell. Proponents of the regulations believe they will lead to a safer city, while the shop owner, Steve Alcairo, maintains that new measures are oppressive and will only hinder law-abiding citizens and will do nothing to stop criminals. 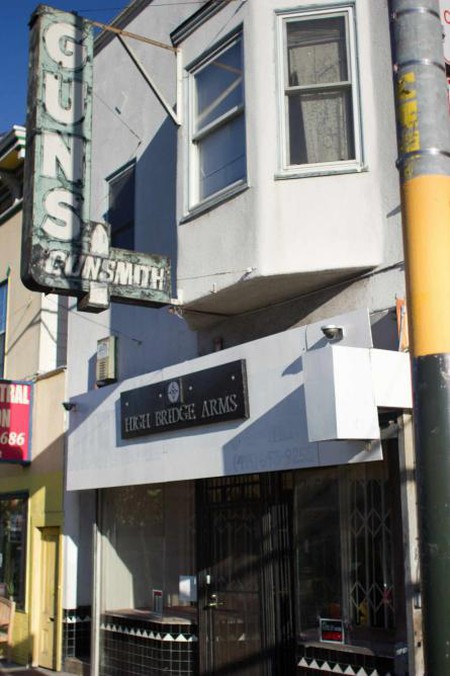 High Bridge Arms, the last gun shop in San Francisco, open since 1952, is planning to close on October 31st in the face of new regulations. San Francisco is known for being one of the most stringent cities in terms of gun control, meticulously regulating elements such as magazine capacity, types of ammunition, and advertising on gun storage.

The straw that broke the camel’s back? Supervisor Mark Farrell of District 2 proposed an ordinance that all gun sales in San Francisco must be videotaped, with all buyers’ names, birthdates, addresses, and driver license information forwarded to the San Francisco Police Department (SFPD). Farrell claims that the easy acquisition of firearms is contributing to the crime rate in city, which had 31 homicides for 2015 as of September 3rd, up 71 percent since 2014.

Proposed earlier this year in July, the ordinance is coming close to a vote, but to High Bridge Arms’s owner, Steve Alcairo, it is a fait accompli. He says that the proposal is simply a tactic designed to hinder his business and that if this year’s proposal does not shut him down, ‘next year will probably be something else.’

Alcairo believes that the proposed changes are nothing short of Orwellian. He thinks that subjecting every buyer to video surveillance and submitting every last minute detail to the police is too much for the store, which has a total of 17 cameras monitoring the premises and submits footage to the police upon request. What Alcairo takes issue with is the fact that potential customers will be so spooked by the fact that their details will automatically go into the hands of the SFPD that most of them will seek firearms elsewhere. The irony is that High Bridge Arms is a popular tourist destination not only for gun enthusiasts, but for members of the law enforcement community, as well. 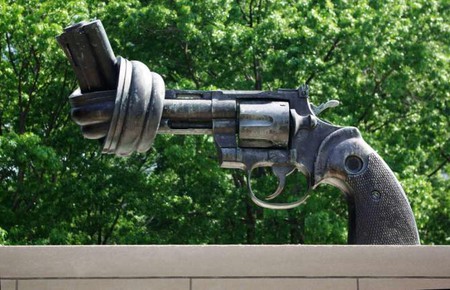 Alcairo also believes that the new regulations will fail to address gun-related crime. He shares the belief held by many pro-gun advocates that limiting legal access to firearms will have no effect on gun crime. Criminals, in most cases, do not acquire guns from gun shows, internet transactions, or licensed shops.

The aforementioned notion is supported by recent study by the University of Chicago Crime Lab, where 70 of Cook County prison inmates surveyed said they bought the guns from their family or friends for fear of getting caught in the middle of a police sting operation, or getting robbed by a stranger. What is even more interesting is that most prisoners shied away from stealing the firearms.

The study reports that illegal acquisition is just as complicated, if not more so, than its legal counterpart. Prices are higher, wait times are considerable, and sometimes transactions are not fulfilled. Thus, it might be noted that while most firearms used in homicides and school shootings might be acquired through gun shops, they are not acquired through theft or the black market either. It seems that the passage of firearms from owner to owner might be the main driving force behind gun crime. 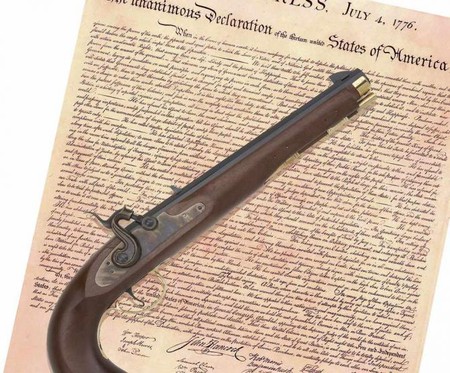 …for the heart and soul of America | © Owner Unknown/Google

The closure of High Bridge Arms will certainly add to the gun control debate. Among many issues facing San Francisco, and by extension the United States, the issue of gun ownership, and where the line should be drawn, is one of the most divisive issues in recent memory. A mass shooting occurs, and both sides draw their respective battle lines.

Whatever the case, High Bridge Arms, the last gun shop in the city, and perhaps one of the most notable gun shops, will close its doors soon. Whether or not the absence of gun shops in the city and the possible passage of Farrell’s ordinance will make San Francisco a safer place is something only time will tell.