LA's Museum Of Death Is Graphic, Ghoulish, And Kind Of Gross

Exterior view of the Museum of Death | Courtesy of Stephen A. Cooper

The cartoonish black and white Halloween-style skull on the door one must pass to gain admittance to the Museum of Death belies the graphic and serious nature of what’s inside. Fair warning: This is not a museum for everyone.

It’s probably not the place for a first date, the very young, the faint of heart, or your elderly grandmother – unless she’s in great health and has a really quirky sense of humor.

But, that caveat aside, the Museum of Death is undeniably a fascinating, one of a kind place – with the exception of its significantly larger, more recently built sister location in New Orleans, appropriately called, ‘The Musée de Mort Orleans.’ As patron Christopher Garland philosophically remarked for gonola.com after his visit there last summer: ‘the acknowledgment of mortality can relate to the celebration of life (and vice versa). In film, photography or painting, representations of death have the ability to serve as a reminder of what it means to be alive.’

Before stepping into the museum’s vestibule and well-stocked gift shop, the first eye-catcher is a mural of yet another giant skull, but this skull, which introduces the ‘ars moriendi,’ is far more foreboding than the first. 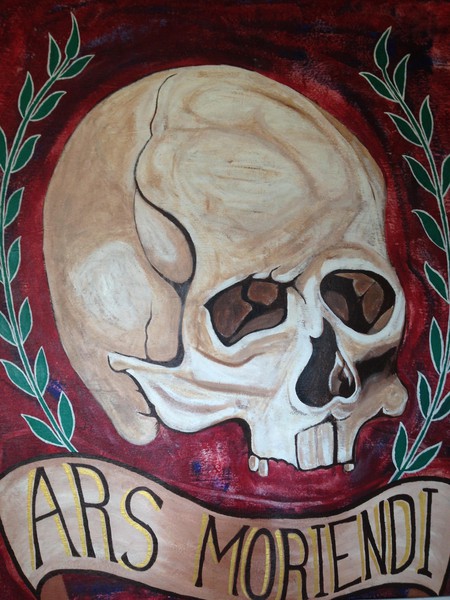 Mural introducing ‘ars moriendi’ (Latin for the ‘The Art of Dying’) | Courtesy of Stephen A. Cooper

Ars moriendi, Latin for ‘The Art of Dying,’ is described in a scholarly work as a ‘Mediaeval Christian death manual that appeared around the middle of the fifteenth century.’ It ‘seems to have been produced as a response to the devastation of the Black Death.’ The popular manual ‘instructed how to die in a way that ensured one made it to heaven.’

Properly primed by this preternatural image, museum-goers begin their descent into a collection Mike Boehm of the Los Angeles Times summed up as ‘more than 5,000 objects, photographs, documents and human remains – among them the head of a French serial killer who was guillotined in 1922.’ (‘Museum of Death in L.A. buys Kevorkian suicide device Thanatron,’ July 21, 2014). 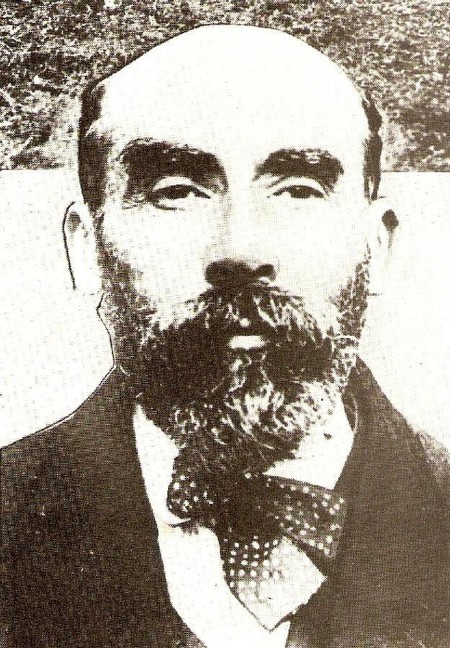 An illuminating review for the Daily Trojan (‘Museum of Death provides morbid thrills,’ February 15, 2015) by Erin Rode explains how it is ‘split into 12 sections that have names such as ‘Suicide Hall,’ ‘Antique Mortician Apparatuses’ and ‘Cannibalism Niche.’ Rode notes that as she ‘passed through the ‘Carnage Corner,’ she ‘hit [her] limit’ as the ‘[g]ruesome images’ include a disturbing and truly revolting series of photos depicting a depraved nude woman who leers at the camera as she and her lover pose with the mutilated remains of her dead husband. 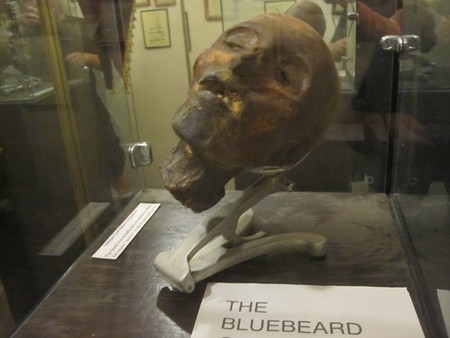 Rode recalls: ‘We rushed out of the corridor into the ‘Room of Skulls,’ which included dogs, giraffes, and elephants.’

Additional noteworthy exhibits at the museum – which houses a large collection of serial killer correspondence, artwork, death-memorabilia, and other unclassifiable death-centric objects – that it rotates include an eerie shrine complete with an authentic bunk bed and uniforms worn by devotees to the Heaven’s Gate cult that committed mass suicide together in San Diego in 1997; a dirty patchwork quilt and guitar belonging to Charles Manson and his ‘family’; the actual cabinet door from which Rozzy Williams, the ‘King of Gothic Rock,’ was found hanging on April 1, 1998, at age 34; Long Beach Coroner’s Office photos, circa 1960-1970; and the public execution photos of Benito Mussolini and his mistress, Clara Petacci, executed by gunshot wounds to the chest on April 29, 1945.

First established in 1995 in San Diego, the Museum of Death was founded by J.D. Healy and Catherine Shultz, who reportedly would ‘write to serial killers they were interested in, and then show off the artwork their pen pals had created once a year at a specialist show. In 1995, after a few years of exhibitions, the collection, and many other materials were made into a museum.’

The unassuming one-floor building of the museum has itself a fascinating history as ‘prior to the new Los Angeles building becoming a museum, the building was the home of Westbeach Recorders, and prior to that, Producers Studio, where Pink Floyd and others recorded. The walls include deadening agents to help with recordings, which now serve to lend a quiet acoustic setting for the various exhibitions.’

Located near the Hollywood/Vine metro station and the iconic ‘Walk of Fame,’ the Museum of Death is not only a favorite local haunt, but it’s also truly one of the more off the beaten track, weird and captivating of all LA attractions.

It’s open every Sunday through Thursday from 11 a.m. to 8 p.m., on Fridays from 11 a.m. to 9 p.m., and on Saturdays from 11 a.m. to 10 p.m. Admission is $15. Note that photography is forbidden in all exhibit rooms. Although the museum advertises that it takes approximately an hour to view the museum, visitors are encouraged to stay as long as their ghoulish-bone (you know, the bone that’s right next to your funny bone) desires.