The Best Burrito Places In LA

Los Angeles is known for many things: the Hollywood sign, palm trees, celebrity home tours, sunshine year-round and, perhaps most importantly, really good Mexican food. With so many options, it can be a daunting task just to choose lunch. To simplify things, here’s a list of some great burritos that are sure to impress locals and visitors alike. 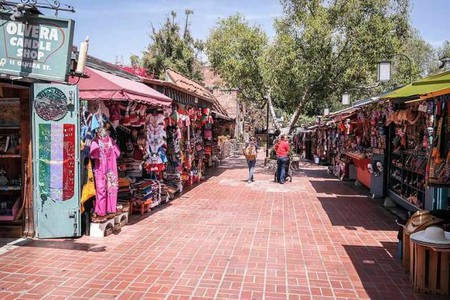 Restaurant, Mexican
Facebook
Email
Twitter
Pinterest
Copy link
Share
Map View
Olvera Street may now be one of the most tourist-filled locations, but La Noche Buena Restaurant is still a favorite local spot for Mexican fare. Seek it out from the many food stalls on Los Angeles’ oldest street, then watch the experts cook up your meal in the open air kitchen. It’s a good opportunity to take a breather from the busy thoroughfare with a burrito and an Orange Bang at low, tiled tables.
Open In Google Maps
# E8, 12 Olvera Street, Downtown Los Angeles, Los Angeles, California, 90012, USA
+12136282078
Visit Website
Give us feedback

La Azteca Tortilleria’s famous chile relleno burrito has been named LA’s best so many times, by so many people, that there isn’t room to list them all. The restaurant opens at 6am, when they start making the tortillas, and closes at 3:30pm (or earlier, if they run out), so plan to stop by for lunch. It’s worth a little planning to get your hands on a burrito filled not only with refried beans but also an entire cheese-filled, battered and fried chile. 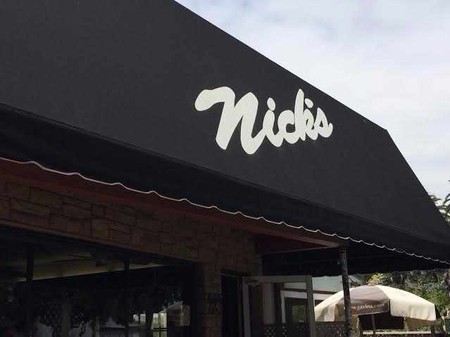 Deli, American
Facebook
Email
Twitter
Pinterest
Copy link
Share
Map View
While the original Nick’s Deli is technically just over the LA/OC border, their breakfast burritos are so good you mustn’t miss them. They have two outposts, but definitely head to the (cash only) Seal Beach location to enjoy Main Street’s atmosphere and the bustling local surfer crowd that is as much of a staple as the eggs, potatoes and chorizo.
Open In Google Maps
223 Main Street, Old Towne, Seal Beach, California, 90740, USA
+15625985072
Visit Website
Visit Facebook page
Give us feedback 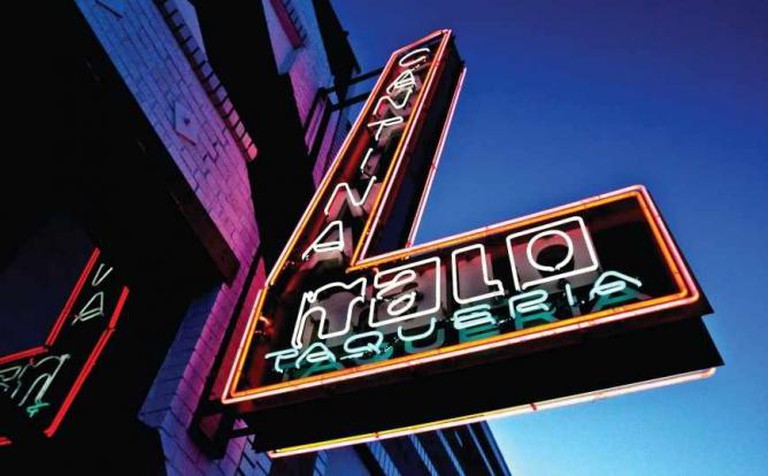 Malo | © Malo Restaurant
If you find yourself near UCLA and perhaps a little worse for wear after a long evening, Tommy Taco is a must. What the stand lacks in atmosphere it makes up for in very large and extremely good burritos. The refried beans are some of the best you’re likely to eat, raising the basic bean-and-cheese combo to a thing of beauty, especially with the side of tasty chips and salsa they throw in.
Open In Google Maps
970 Gayley Ave, Los Angeles, California, 90024, USA
+13108244114
Give us feedback

Bacon refried beans, hot pink hibiscus cocktails and fancy appetizers may not constitute the most authentic Mexican dishes, but there is no arguing that they are delicious. Malo boasts an impressive list of burritos on their lunch menu (including innovative ingredients such as tofu and Pacific Rock cod), and the restaurant was also the winner of the Downtown News’ Best New Restaurant award in 2011.

Lupes #2 is an East LA classic easily recognized by a sign proclaiming its specialization in twelve different types of burritos. Grab a barstool at the L-shaped counter to watch the food be prepared, or catch up on whichever sports game is on (during baseball season, it will certainly be tuned to the Dodgers). The burritos are delicious and moderately sized, leaving enough room for you to also order a side of French fries smothered in guacamole.

Taco Surf is best known for its logo and excellent Baja-style fish. While the tacos provide a light option, the burrito is a massive plate of lightly crunchy, breaded fish perfection. It is best washed down with a pitcher of Dos Equis shared with friends (and a virgin margarita for the designated driver).
Multiple Locations +1 562 594 3777 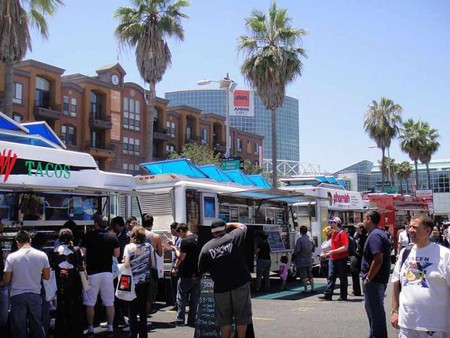 Food Truck, Fusion
Facebook
Email
Twitter
Pinterest
Copy link
Share
Map View
Since Los Angeles has made fusion cuisine a competitive sport in the foodie landscape, it’s only right you should visit the Jogasaki sushi burrito food truck. The truck stops for lunch throughout the LA area, serving up healthy portions of fish and tempura wrapped in rice, sort of like a large hand roll.