LA's Camera Obscura Is a Historic Hub for Photography 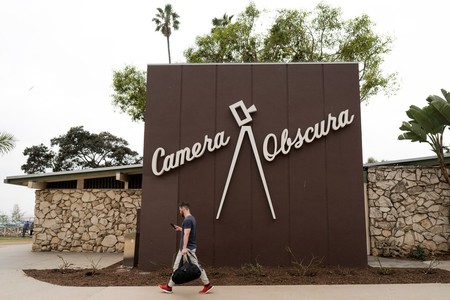 Step into a piece of photographic history at Santa Monica’s Camera Obscura.

This free-to-the-public landmark on the bluffs of Palisades Park is a working relic that continues to amaze and entertain visitors for over 100 years. One of only 24 left in the entire world, the LA Camera Obscura is a little-known treat for those interested in 19th-century mechanics, photography, or simply looking out onto the beach.

The phrase “camera obscuratio” is a Latin term meaning dark room. The Camera Obscura makes use of a naturally occurring optical illusion first discovered by the Greek philosopher Aristotle. He noticed when a pinhole of light entered a dark cave that it projected an inverted image of the outside world onto the cave wall. This simple and unique discovery paved the way for the invention of the Camera Obscura, early photography, moving pictures, and even modern digital photography and movies. 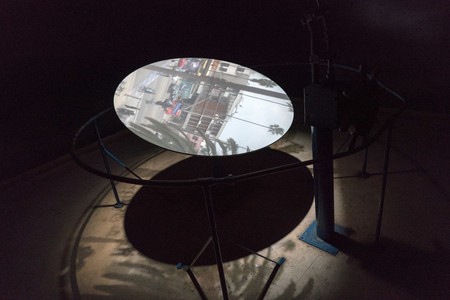 At the turn of the 20th century, pinhole cameras, such as the Camera Obscura, became a popular novelty at beach-fronts and tourist destinations. In 1898, Robert F. Jones (mayor of Santa Monica from 1894 to 1900) began running the Camera Obscura he built on the beach. The device quickly became a popular attraction for visitors to the coastal city. The ability to project moving color images was an extremely new concept and people came from all over to witness the cutting-edge technology. Jones began charging 10 cents per person and people happily paid.

Due to the success of his machine, Mayor Jones began a petition to move the Camera Obscura to a more trendsetting area of town known as Westlake Park (now known as MacArthur Park) in the exclusive Westlake district of Los Angeles in 1898. Although the board accepted the proposition and the camera was moved, disagreements over spending developed throughout the next year and it was moved back to Santa Monica in 1899.

Housed in a “wooden shack-like structure,” it became part of the North Beach Bathhouse attractions and in 1910, the city of Santa Monica bought it. Several hundred people visited the device each day, which helped usher traffic to the newly revamped Linda Vista Park (now Palisades Park) on Ocean Avenue. A man named E.W. Williams became the official Camera Obscura operator and he held that position for over 13 years. 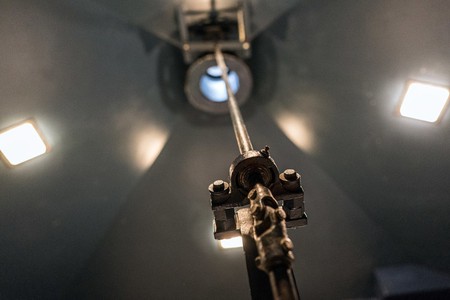 The past, present, and future

Offering free art classes and workshops, the community building still allows people free entry to experience the working artifact. In 2004, it was estimated that only 40 people a week would visit the device at the peak of Summer. Reactions to the old novelty are now generally a mix of nostalgia and confusion. People often bypass this unique experience without realizing its purpose and open-door policy.

In a world of Instagram likes and selfie sticks, this retro gadget is a refreshing reminder of the not-too-distant past and how far technology has progressed in such a short time span.