It’s not officially summer until you put on your best denim shorts, a sunhat, and head out to the dryer parts of California to join the crowds in musical festivities. For first timers, picking a festival may be difficult, with Coachella and Outside Lands being unbeatable top contenders. The line-up, cost, and the overall festival experience should definitely factor into the decision, and with that in mind, Live 105’s BFD should be the best bet. Read on to find out more. 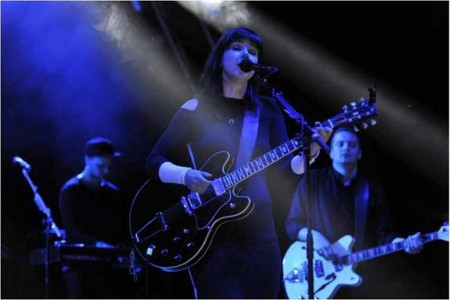 Of Monsters and Men performing at the Shoreline Amphitheater | © Steve Jennings

Live 105 (105.3 FM) is the home of the most popular alternative rock station in the Bay Area, playing a variety of bands from the Red Hot Chili Peppers to Mumford and Sons. Station favorites like Kevin Klein and Greg Beharrell, get commuters laughing through traffic during the morning and evening rush hours. This station also hosts some of the best music events in the bay, like Not So Silent Night, Spookfest, and of course, BFD.

Every single person is on a budget in today’s market, which makes BFD a smart economical choice. Live 105 has a special for those clever people who get their tickets early (4 pack General Admission for $105). Even if people have a tendency to procrastinate, tickets will sell for about $50 dollars a couple of months before the event takes place. With these prices to see over 30 bands, it’s a must to go.

However, what a BFD-goer saves in tickets, they can spend on the food and beverages. Like many music festivals, price gauging is a norm. In order to combat the dusty, dry heat of the Shoreline Amphitheater, people should expect to pay about $5.50 per bottle, Hydration is a must to keep partying until the end of the show.

Once inside the admission gate, ears are pierced by the echoing hum of guitars and the excited jabbering of hundreds of people. The scent of salty food and beer overwhelms the nostrils, while the bright glare of the sun slowly makes the temperature rise per minute.

Right when people walk in the venue, the rave-like Sub Sonic Tent catches their eyes. Compared to humid, indoor clubs, the Sub Sonic Tent is actually comfortable to keep dancing in from the shade it provides. Live 105 sets up their best DJ’s from the show in intervals, like Aaron Axelson and Robert DeLong, so the beat never really stops. 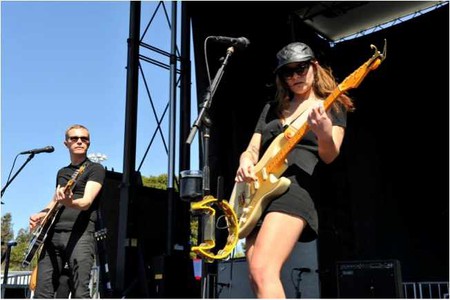 Farther into the amphitheater, the audience can take a break in front of the Local Band Stage. The groups that play on this stage may not be famous yet, but you never know what can happen. All of the greatest bands once started out playing in small bars and street fairs, and these bands are no different. Nine bands are given the honor to perform on this festival’s stage. The space might not be as big as the other stages, but it does get quite crowded as people lay in the grass to watch and cheer on the next big alternative band.

Even if they haven’t made it to the main stage this year, the bands that play on the Bud Light Festival Stage (see picture above) will most likely rock their way to the top for next year’s BFD. Bands like Twenty One Pilots and Best Coast still have a growing cult following among alternative rock fans, which makes this stage almost as worthy as the main one.

Once four o’clock hits, everyone floods through the side gates onto the lawn to snag the best patch of green grass to watch the performers at the core of the festival: the main stage. It’s a race against time, as people weave through the crowd to meet up with friends, dragging blankets and backpacks behind them.

From the majority of the inhabitants, the lawn is the liveliest area during the concert. Close enough to the main stage to see the faint outline of the performers, but far enough to be able to comfortably spread out and sway to the music. The lawn does get crowded and loud quickly, but it still does not take away from the headliners of the festival. 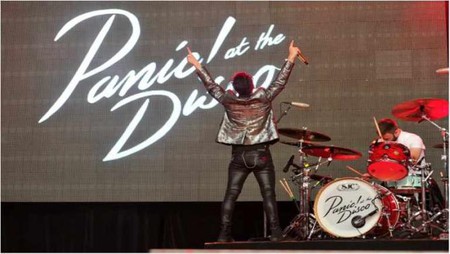 Panic! At The Disco performing at the Shoreline Amphitheater | © Steve Jennings

When night comes and darkness starts crawling its way through the lawn, the amphitheater lights up and turns on the huge screens, so the lawn people do not have to strain their eyes (even more) to watch the bands.

This year’s BFD headliners featured Atlas Genius, the Cold War Kids, Panic! At The Disco, Of Monsters And Men, and Modest Mouse. Some of the best bands of alternative rock wrapped into a period of six hours.

All in all, the price is unbeatable (Outsidelands charges a whopping $135 for a ticket), there’s more than enough bands to choose from, and Panic! At The Disco played a Bohemian Rhapsody cover that would have made Freddie Mercury proud.