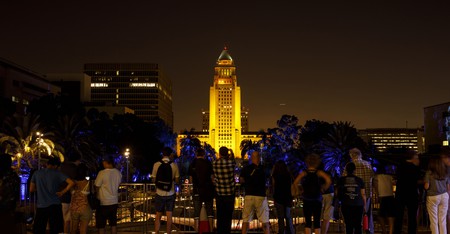 Culture Trip’s history editor takes a look at the late Los Angeles restaurant critic who humanized the city’s rich immigrant food history and discusses how his legacy lives on in the food writers who he inspired.

“I better not find this place in the Times,” my grandmother grumbled as she pulled into a parking spot at an unassuming strip mall in southern California. “Sometimes I think Jonathan Gold is following me.”

My grandmother often made this joke while driving the family caravan across Los Angeles to a favorite restaurant. We knew that as soon as Gold put pen to paper, it would be flooded with new patrons.

As a native Angeleno, Jonathan Gold was inescapable. Framed clippings of his reviews graced the walls of the restaurants I ate in. When I began working in kitchens, I would listen to him laugh with KCRW’s Evan Kleiman while I prepped pie crusts during her show, Good Food.

Wrist-deep in butter and flour, I gently incorporated ice-cold water into the dough while Jonathan Gold stressed, “the three most important things about pie are crust, crust and crust.” For nine years, he would remind listeners of this ahead of the annual Good Food Pie Contest, which he judged along with other members of LA’s culinary scene.

The 2018 Good Food Pie Contest was held on May 6, and would be last the group of pies that Gold judged. Nearly two months after the event, Jonathan Gold was diagnosed with pancreatic cancer and died at the age of 57 shortly thereafter.

When I spoke to my grandmother following Gold’s death she just sighed and said: “You know, he was my bible,” a sentiment I think was shared across Los Angeles. 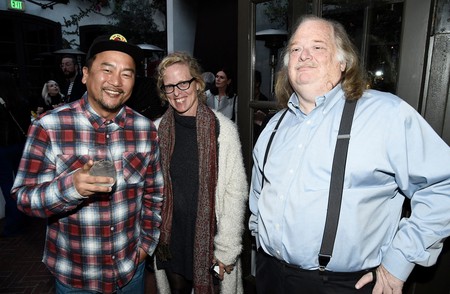 As someone whose family’s immigration story has been muddled by generations of assimilation, food became one of the last tangible links my family had to our cultural heritage. LA’s food diversity offered a chance to connect to and understand our immigrant past. The way that Gold wrote about LA food, and the people who made it, was a huge part of that healing process.

Gold’s prose was famously lyrical, no doubt a result of his training as a classical musician at the University of California, Los Angeles (UCLA). While in school, Gold worked as a proofreader at LA Weekly, where he met his wife, Laurie Ochoa. Later, Gold became the Weekly’s music critic and convinced the publication’s editor-in-chief to let him run a food column titled ‘Counter Intelligence.’ In it, he chronicled his experiences at eateries across Los Angeles and later compiled them in a book published under the same title in 2000.

After a two-year stint in New York with his wife at Gourmet magazine, the couple returned to Los Angeles in 2001. Ochoa took over LA Weekly as editor and Gold took on the position of restaurant critic where in 2007 he became the first and only food critic to win a Pulitzer Prize.

Both Gold and Ochoa left the Weekly in 2012 for the Los Angeles Times where his restaurant reviews gained a national audience. Gold used his platform to expand people’s perceptions of Los Angeles beyond The New York Times’ hot takes. His ability to capture the local food scene catapulted Los Angeles to the top of the list of the world’s best food cities, a status that Angelenos felt was long overdue.

Katherine Spiers, former food editor at LA Weekly and host of food history podcast Smart Mouth, says of his impact: “He broadened my horizons. He broadened the horizons of anyone who read him.” 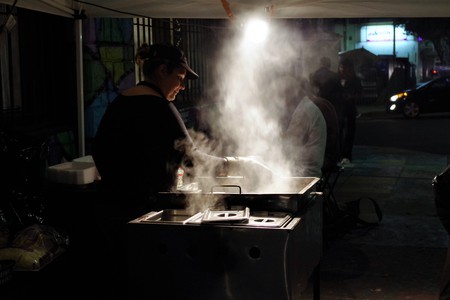 For Gold, eating was an intimate experience. When asked in an interview with The Believer if he took notes during meals, he replied: “Eating is an essential activity. You could take notes while you’re fucking, too, but you’d lose the flow.” Gold claimed to rely on a “food memory,” which he used to draw the reader’s attention to the feeling a meal evoked by unfolding the story behind each dish.

Clarissa Wei, senior reporter at Goldthread, who briefly worked as a scout on Gold’s food team for the Los Angeles Times, remembers that: “He created a thirst for mom-and-pop eateries in suburban Los Angeles,” namely the San Gabriel Valley (SGV), where Wei and I grew up. The area has become widely known for having restaurants that specialize in a variety of China’s regional cuisines.

Wei, who attributes the SGV’s culinary reputation to Gold’s representation of the area in his writing, says: “He widened the audience for the cuisine and suddenly we were seeing white people frequenting our eateries. It didn’t change the restaurant scene in the SGV, per se, but it did create a national appreciation for it.”

This was Gold’s power. He knew when something was good, but he also knew that he didn’t ‘discover’ food. He served as an ambassador and made readers understand that the food he described came from people with rich histories and traditions.

Food writer Esther Tseng explains: “More Armenians, Mexican, Taiwanese, Thai and Korean people live here [Los Angeles] than anywhere else outside their respective countries. We are highly specialized, so if you come here and say, as is so often said, ‘LA has no culture,’ you’ve basically indicted yourself as deeming these communities of color as invisible – that’s on you, not on us.” Gold understood that the story of Los Angeles was a story of immigration, and it came across in the way he wrote about the food that fed immigrant communities. 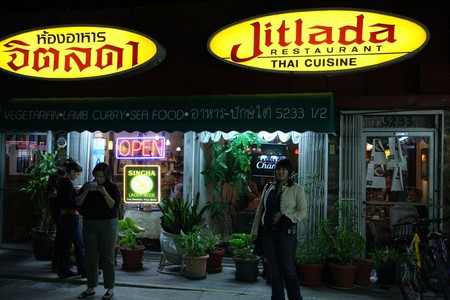 Gold also recognized that his voice was only one of many and saw the benefit of diversifying who told the stories of Los Angeles. Gold used his position to encourage and amplify young food writers who came from the communities he wrote about. Javier Cabral, associate editor of the blog LA Taco and creator of The Gluster, reminisced about an email he sent to Gold as a teenager for advice about starting a food writing career. Not only did Gold willingly offer Cabral advice, he made a point to follow his career and even credited Cabral for a restaurant tip, and eventually hired him as a food scout. Cabral was not the only one to be surprised by Gold’s openness, a trait which no doubt made it possible for him to see the human story behind the food he reviewed.

Gold’s approachable nature in person and his writing made him a major influence for the writers who continue to cover Los Angeles. According to Tseng: “He was great at putting each place in its context, building bridges to understanding the more obscure ingredients, condiments by constructing beautiful similes with the mainstream equivalent. Whenever I write, I’m always looking at the story behind the story and not just flat out describing things but giving people a reason to care and the motivations to understand everything in its place.” 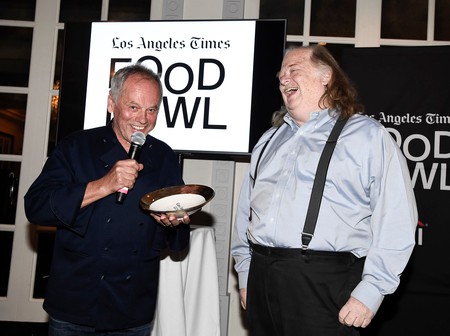 Bringing humanity to the forefront of his writing is what made Gold win over the hearts of Angelenos from all backgrounds. Through his writing, food became the closest thing we had to a common language.

This is perhaps why LA food writing continues to thrive through the existence of blogs like LA Taco in a time when local news outlets like LA Weekly have been sold and gutted. Gold’s legacy is in the way he used food to tell human stories and in the writers he encouraged to follow his lead.

Spiers explains Gold’s understanding of Los Angeles perfectly: “When Jonathan Gold talked about the strip malls, he was really talking about our collective soul.” While other food writers told us what to eat, Gold ate with us, all the while talking about the next great meal we were going to share together soon.