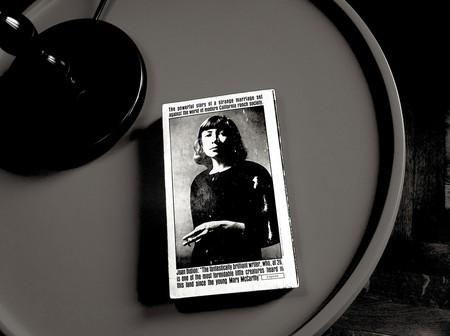 It’s shocking that even after a sixty-year career, Joan Didion is unknown to some and an enigma to most. Younger generations might recognize her as the 81-year-old face of Céline, or perhaps they have seen the Time Magazine–commissioned Julian Wasser photo of her peering at the camera, standing in front of a 1968 Corvette Stingray. Didion embodied effortless cool-girl chic before it was zeitgeist, and today she’s lauded as one of the greatest writers in American history.

In her collection The White Album, Didion claimed, ‘A place belongs forever to whoever claims it hardest, remembers it most obsessively, wrenches it from itself, shapes it, renders it, loves it so radically that he remakes it in his image.’ Time Magazine said it in 1979, and it bears reinforcing today — California belongs to Joan Didion.

Born to a family five generations deep in California living, Joan Didion epitomized the voice of Los Angeles long before she even stepped foot in it. Didion was raised primarily in Sacramento and began her career as a writer at a young age. She continued on to the coveted liberal grounds of Berkley and landed a job at Vogue after entering an essay competition in 1956.

After several years at Vogue, Didion published her seminal essay, ‘On Self Respect,’ which she later would include in her career-launching collection, Slouching Towards Bethlehem. As legend has it, Didion was asked to contribute an essay on a short deadline because of some unplanned extra space left in the magazine. Ever the perfectionist, she submitted the article to the precise character count required.

To many, she is a female Hemingway. It is no surprise that she has noted him as one of the inspirations to her craft. However, where Hemingway’s writing had an inherent masculine quality, Didion’s has a quiet femininity. Her prose elicits images of a woman seated on a balcony in Malibu, wrapped in a large sweater, smoking cigarettes, and nursing a tumbler of bourbon. She was on-brand before anyone even had brands. 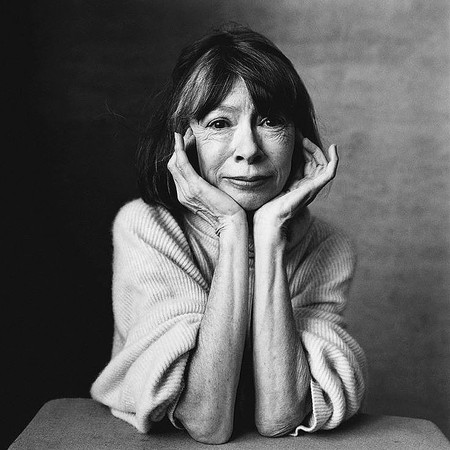 In 1964, Didion married fellow journalist John Gregory Dunne. They moved to Los Angeles, and though they planned on staying only a short while, they built a life in the city over the next 20 years. Los Angeles was a town that lent itself to insiders, and though Didion and Dunne were not on the inside, they easily slipped in. The two lived all over, making homes in Portuguese Bend, Palos Verdes; Franklin Avenue in Hollywood; Brentwood Park; and Malibu. They made famous friends and learned the freeways. They became accustomed to the rhythms of the earthquakes and the winds. In speaking of Los Angeles, Didion fondly remembers the sunsets and Dodger Stadium.

In Slouching Towards Bethlehem, published several years after she moved to Los Angeles, Didion wrote, ‘Los Angeles weather is the weather of catastrophe, of apocalypse… the unpredictability of the Santa Ana affect the entire quality of life in Los Angeles, accentuate its impermanence, its unreliability. The wind shows us how close to the edge we are.’

It was her time in Los Angeles that allowed her to write Play It As It Lays, which explored the waning moral compass of the film industry. Following the success of this true-to-life examination, she and Dunne grew as a writing pair and wrote the screenplays to Panic in Needle Park, Play It As It Lays, A Star is Born, True Confessions, and Up Close and Personal. If she was not already the preeminent voice of California, she became it then.

As Didion continued in her writing, her mainstream success rose. She and Dunne moved back to New York, but her thoughts returned to California with her 2003 memoir, Where I Was From. Later that year, her daughter fell ill, and shortly after that Dunne died of a heart attack. As Didion continued through her grief, she wrote the most poignant piece on family loss that has ever been: The Year of Magical Thinking. It solidified her proclamation that ‘we tell ourselves stories to live.’ In order to live past her grief, she wrote about it.

Today readers are still hypnotized by the haunting rhythm of her words. As explorative and intimate as her writing is, there is something about it that will always be inaccessible. Didion is an open book with pages torn out.

The legacy she has left in Los Angeles is unparalleled. Though it may not have been her permanent home, Los Angeles has claimed Didion as its own. She once wrote that people should remain on nodding terms with the characters they used to be, whether they are attractive company or not. In her 81st year, let the world become more familiar with the characters she once wrote about and think of her whenever the Santa Anas blow.