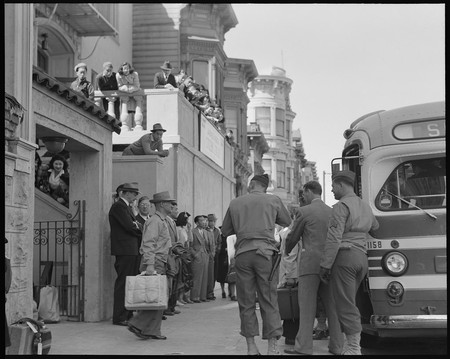 Japantown is the center of Japanese culture in San Francisco. Stores, restaurants, and festivals that celebrate Japan draw thousands of people to these six square city blocks in the Western Addition neighborhood. There wasn’t always beauty in Japantown, however; in fact, it was host to an atrocious displacement of Japanese residents during World War II. This is the dark history of Japantown.

Japantown, known in Japanese as Nihonmachi, is the oldest and largest Japantown in the United States. The first wave of Japanese immigrants arrived in San Francisco in the 1860s and settled mainly in the Chinatown and the South of Market neighborhoods until the 1906 earthquake and fire drove families to present-day Japantown. In the 1940s, the neighborhood had over 5,000 people and over 200 Japanese-owned businesses. Part of the Western Addition, or Fillmore, Japantown is generally considered to be bordered on the north by Bush or Pine Street, and Geary Boulevard on the south. 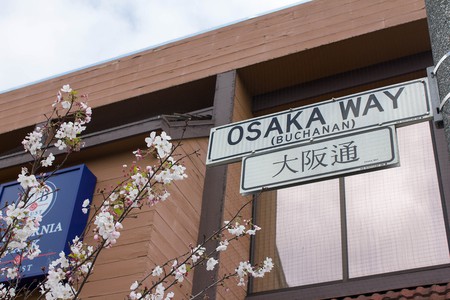 On December 7, 1941, at 7:55 am, Japanese fighter planes bombed the Pearl Harbor naval base in Hawaii, killing 2,400 and wounding 1,200 Americans. This prompted President Franklin Roosevelt to ask Congress to declare war on Japan. The president signed Executive Order 9066 on February 12, 1942, which “authorized the Secretary of War to prescribe military areas.” The western half of California, from the Oregon border to south of Los Angeles, was Military Area 1; Japanese and Japanese-Americans were then singled out to avoid “espionage” and “sabotage to national defense” and ordered to move to internment camps. 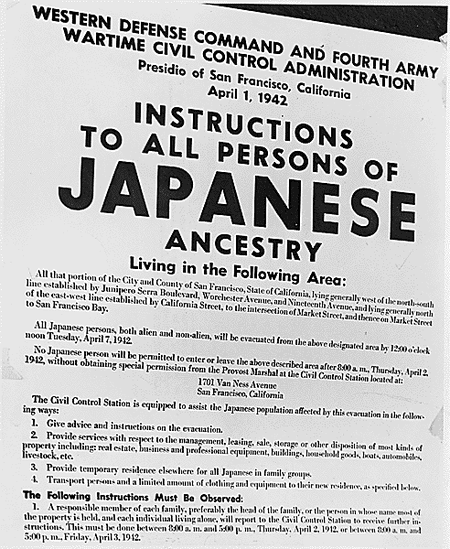 Internment of the Japanese

Approximately 120,000 people of Japanese descent were forced to evacuate their homes, 70,000 of whom were American citizens. In addition, thousands of Italian and German descent as well as Jewish refugees were also made to leave their residences. 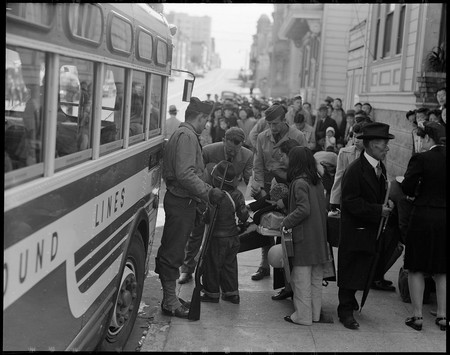 The Japanese quarter on the first day of evacuation, April 29, 1942 | Anchor Editions/Flickr

April 29, 1942, was the first day of evacuation from Japantown. People were allowed to pack very few of their personal items. Their first stop was the Civil Control Station, were people were registered before being sent to the Tanforan Assembly Center via bus. Tanforan in San Bruno, located 12 miles (19.3 kilometers) south of San Francisco, was one of 17 “civilian assembly centers” created to temporarily detain Japanese Americans for up to six months. From April 28 to October 13, 1942, 7,816 people were held at Tanforan, making it the second largest assembly center. After leaving Tanforan, most of the Japanese were incarcerated at the Topaz Internment Camp in Utah from 1943 to 1945. 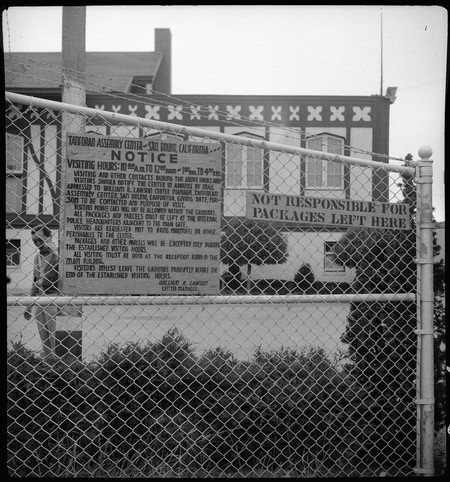 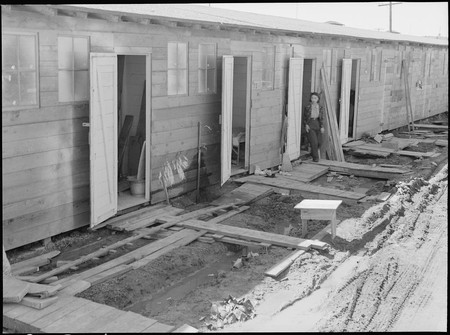 The barracks at Tanforan | Anchor Editions/Flickr

Returning home, and changes in the neighborhood

Some of the Japanese returned to Japantown while others moved to other areas of San Francisco and the Bay Area. While the Japanese were in the internment camps, the African-American population skyrocketed in the city, from 4,836 to 43,460 between 1940 and 1950. This was due to an increase in wartime jobs, including in the shipbuilding industry (at the San Francisco Naval Shipyard) and a large migration of African-Americans escaping Jim Crow laws in the South. Since housing was available in Japantown, many people moved into the houses, set up businesses, and created a new community; this displaced some of the returning Japanese families but allowed for the Fillmore to flourish as the Harlem of the West. Japantown endured and remains an integral part of San Francisco alongside the Fillmore. 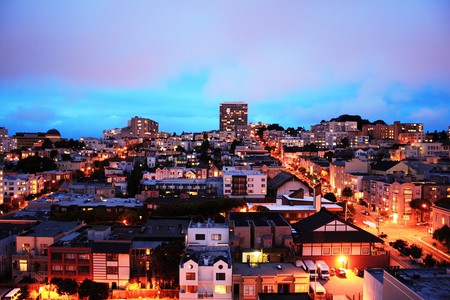 Japantown at Night | © Justin Ennis / Flickr
Give us feedback