'It Was a Dark and Stormy Night': 23 of the Worst Possible Opening Lines in Literature 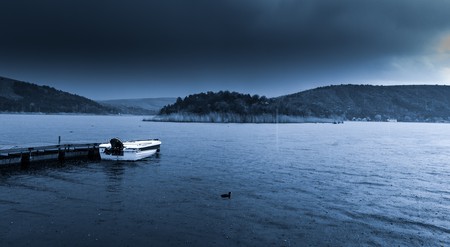 Twenty three of the worst opening lines in literature, submitted by people around the world for The Bulwer-Lytton Fiction Contest.

The Bulwer-Lytton Fiction Contest, set up by Scott Rice and sponsored by the English Department at San Jose State University, has been awarding the best of the worst opening lines in imaginary novels since 1982. Though based in California, each year hundreds of people around the world send in their submissions, hoping to one day create an opening line even worse that English novelist Edward Bulwer-Lytton’s much parodied, ‘It was a dark and stormy night.’ Here are some of the most notable winners, runners-up and dishonourable mentions, taken from The Bulwer-Lytton Fiction Contest website.

‘As he told her that he loved her she gazed into his eyes, wondering, as she noted the infestation of eyelash mites, the tiny deodicids burrowing into his follicles to eat the greasy sebum therein, each female laying up to 25 eggs in a single follicle, causing inflammation, whether the eyes are truly the windows of the soul; and, if so, his soul needed regrouting.’

‘As she slowly drove up the long, winding driveway, Lady Alicia peeked out the window of her shiny blue Mercedes and spied Rodrigo the new gardener standing on a grassy mound with his long black hair flowing in the wind, his brown eyes piercing into her very soul, and his white shirt open to the waist, revealing his beautifully rippling muscular chest, and she thought to herself, “I must tell that lazy idiot to trim the hedges by the gate.”’

‘Oliver Smith, spy on Her Majesty’s service – not that she knew about it, because that tended to spoil the whole secrecy thing and really, who’d want an un-secret spy, anyway? Not to mention that any spy worth his salt would kill anybody who knew his identity… so I wouldn’t go around mentioning that I read this if I were you – looked both ways before crossing the street.’

‘Cheryl’s mind turned like the vanes of a wind-powered turbine, chopping her sparrow-like thoughts into bloody pieces that fell onto a growing pile of forgotten memories.’

‘For the first month of Ricardo and Felicity’s affair, they greeted one another at every stolen rendezvous with a kiss – a lengthy, ravenous kiss, Ricardo lapping and sucking at Felicity’s mouth as if she were a giant cage-mounted water bottle and he were the world’s thirstiest gerbil.’

‘Folks say that if you listen real close at the height of the full moon, when the wind is blown’ off Nantucket Sound from nor’ east and the dogs are howlin’ for no earthly reason, you can hear the awful screams of the crew of the “Ellie May,” a sturdy whaler captained by John McTavish; for it was on just such a night when the rum was flowin’ and, Davey Jones be damned, big John brought his men on deck for the first of several screaming contests.’

‘Gerald began – but was interrupted by a piercing whistle which cost him 10 percent of his hearing permanently, as it did everyone else in a 10-mile radius of the eruption, not that it mattered much because for them “permanently” meant the next 10 minutes or so until buried by searing lava or suffocated by choking ash – to pee. 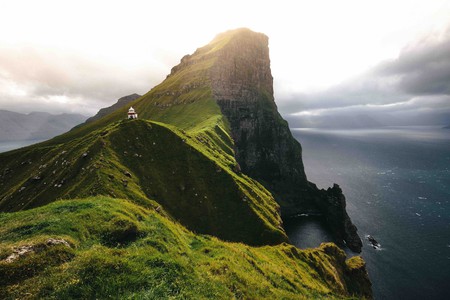 ‘The real problem with the “many universes” interpretation of quantum mechanics is that if it’s true, then somewhere, in some universe, anything you can possibly imagine has already happened, which means that somewhere, another version of me has already finished writing the rest of this science-fiction novel, so I’m not feeling real inspired to do it myself.’

‘After his seventh shot of Jack Daniels, Billy reflected that only a certain kind of man, a Roman Catholic priest, born under the sign of Gemini, whose loved one had been run down by a bus full of inebriated Lazio supporters on a glorious Sunday morning in early April outside a provincial church whose bells were ringing Bach’s Tocatta and Fugue in B minor, would truly be able to understand the abyss of despair in which he was drowning.’

‘Little Billy Wonka spent his days running through the Gumdrop Forest, dashing through the greenery of Marzipan Valley, hopping along the banks of Honey River and racing to and fro between the Chocolate Factory to his Gingerbread Abode… which is not surprising considering his colossal daily sugar intake.’

‘“I guess you ain’t from around these here parts, Mistuh”, drawled Sheriff Cole McCabe, suspiciously eyeing the mysterious one-armed, scar-faced stranger with no name who had just stepped off the Deadwood stage and was now standing at the bar of the Last Chance saloon dressed only in a tutu, high-heeled shoes, holding a pink parasol and reciting passages from Marcel Proust’s Remembrance of Things Past to Mad Dog Kincaid and the Coltrane boys outta the Lazy K Ranch just south o’ Tucson.’

‘He slowly ran his fingers through her long black hair, which wasn’t really black because she used Preference by L’Oreal to colour it (because “she was worth it”); her carrot-colored roots were starting to show, and it reminded him of the time he’d covered his car’s check engine light with black electrical tape, but a faint orange glow still shone around the edges.’

‘Theirs was a New York love, a checkered taxi ride burning rubber, and like the city, their passion was open 24/7, steam rising from their bodies like slick streets exhaling warm, moist breath through manhole covers stamped “Forged by DeLaney Bros., Piscataway, N. J.”’ 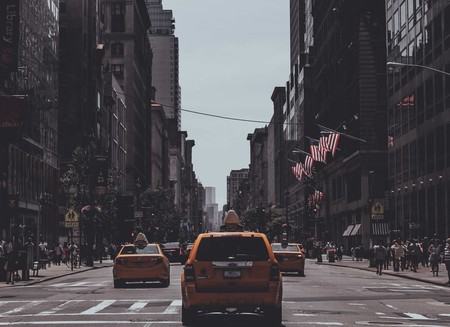 ‘ Captain Burton stood at the bow of his massive sailing ship, his weathered face resembling improperly cured leather that wouldn’t even be used to make a coat or something.’

‘ It was a dark and stormy night, although technically it wasn’t black or anything – more of a gravy color like the spine of the 1969 Scribner’s Sons edition of A Farewell to Arms, and, truth be told, the storm didn’t sound any more fierce than the opening to Leon Russell’s 1975 classic, “Back to the Island.”’

‘A column of five hundred Roman foot soldiers – a column held together by the plaster of courage – advanced on a teeming sea of rebellious slaves – slaves who had, ironically, built most of Rome’s columns, although they actually used lime and not plaster to cement the structures, and though it is perhaps more historically precise to describe the soldiers’ column as bound by the lime of courage, that doesn’t really have the same adventurous ring to it.’

‘The night resembled nothing so much as the nose of a giant Labrador in excellent health: cold, black, and wet.’

‘On reflection, Angela perceived that her relationship with Tom had always been rocky, not quite a roller-coaster ride but more like when the toilet-paper roll gets a little squashed so it hangs crooked and every time you pull some off you can hear the rest going bumpity-bumpity in its holder until you go nuts and push it back into shape, a degree of annoyance that Angela had now almost attained.’

‘It was a dark and silent night in Pluto, a planet nobody had ever taken seriously because of its name, which reminded us of the funny cartoon dog, and it being so far from the sun and having no atmosphere, which seemed unimportant as it was, obviously, lifeless – we thought – in those happy and carefree days when all the world had to worry about was war, famine, pestilence, and death.’

‘“I’ll never get over him,” she said to herself and the truth of that statement settled into her brain the way glitter settles on to a plastic landscape in a Christmas snow globe when she accepted the fact that she was trapped in bed between her half-ton boyfriend and the wall when he rolled over on to her nightgown and passed out, leaving her no way to climb out.’

‘Her fixed gaze at dinner reminded him so much of an owl that he found himself wondering when she would regurgitate her meal into a pellet and told the waitress they didn’t need a dessert menu.’