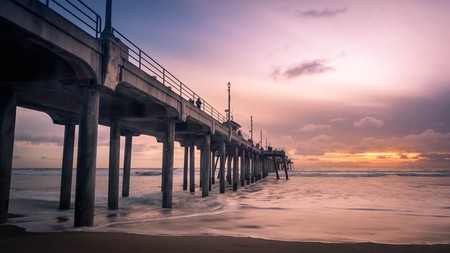 Nestled between Los Angeles and San Diego counties is Orange County. It’s popular with tourists for its SoCal weather, over 40 miles of scenic coast, and attractions including Disneyland and Knott’s Berry Farm. It’s been depicted on shows like The O.C. and Arrested Development as forever sunny and pleasantly beachy. Yet like any other place, it’s got its ghost stories, from a famous theme park pioneer who may still be around to a legendary surfer still trying to catch a wave.

According to ghost tour host and psychic medium Michael J. Kouri, this 1,850-foot pier may be the most haunted place in the oceanside city famous for surfing. Employees of Duke’s restaurant claimed to have seen the ghost of namesake surfer Duke Kahanamoku still catching waves in 1998, despite the fact that he died in 1968. The Huntington Beach International Surf Museum once hosted a ghost night to talk about the mysterious occurrences employees have witnessed surrounding select exhibits, including lights that flicker or go out near displays about deceased surf icons.

Black Star Canyon is located in the Santa Ana Mountains. It’s a popular, if challenging hike, mired in legends that mix truth and fiction. According to some accounts, fur trappers killed several Native Americans in a vicious battle in 1831. According to other accounts, that didn’t happen at all. It is, however, confirmed that James Gregg was shot and killed there in 1899, following a financial dispute regarding a horse. Some say Gregg still wanders the area, looking for his murderer.

In the 1980s, rumors circulated about Satanic gatherings and ritual sacrifices in the woods. There’s also an overturned school bus rusting on its side in the woods. The origin of the bus has never been fully explained, but some attribute it to a bus crash dating back to the 1970s. All these legends and more give the paranormal enthusiast more than enough ghosts to ponder. 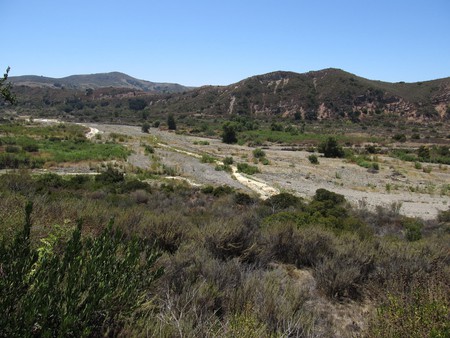 Anaheim’s Woelke-Stoffel House, located in Founders Park, is quite fetching. Built in 1899, the Queen Anne house was built for German immigrant John Gottlieb Woelke and his family. Many years later, after Woelke relocated to Los Angeles, citrus farmer Peter Stoffel and his family took up residence. In the 1950s, the home was donated to the Red Cross, who sold it to the City of Anaheim in 2006. For this reason, it’s often referred to as The Red Cross House.

This house and its neighbor, the Mother Colony House, are occasionally available for tours, but you’ll have to mind the ghosts. Some say Mr. Stoffel, who is reportedly friendly, haunts the home. More sinister, however, is the home’s original caretaker, who some claim follows them and tries to make them trip on the stairs. Another popular rumor is that at least one of the home’s spirits is attempting to matchmake from beyond the grave. This ghost will shove any woman against any man it deems a good match for her. A bit heteronormative, perhaps, though not entirely malevolent.

The Stanley House is a living museum in Garden Grove. It was built by rancher Edward Ware in 1891, and is so named for his daughter, L. Agnes Ware Stanley. The family handed the property over to the Garden Grove Historical Society in 1970.

Like most old houses, this one’s got plenty of ghost stories. A popular one comes from a caretaker who said he once woke up to a ghostly man standing next to his bed who told him, “Don’t take any bulls_t.” Some claim that Agnes Stanley’s ghost intentionally impedes visitors from climbing up the stairs, perhaps because she was unable to climb them herself in her old age. Additionally, some claim to have heard baby’s cries emanating from the home’s nursery.

This Mexican restaurant in San Juan Capistrano will serve you a chicken enchilada, chile relleno, and a shredded beef taco for $18—purportedly the preferred combination platter of President Nixon, who was a once frequent guest.

Before it was a restaurant, it housed a jail. According to legend, prisoners were required to source their own food, which was frequently provided by their family members. When one inmate died, jailers tried to mislead his poor mother instead of just telling her the truth. Now, her ghost supposedly haunts the restaurant, wandering around for all eternity searching for her son. You’re more apt to see her in the basement, which is now the restaurant’s wine cellar and private dining room, if you believe in that sort of thing.

Some folks also claim a headless, ax-wielding monk haunts the area, though special events coordinator Stacy Strausbaugh told the Orange County Register the legend confused her. “They never had any executions here. Not sure why a monk would want to kill anyone, or even carry an ax,” she said. Fair point.

You don’t get to be the happiest place on Earth without a few dark tales mucking up the good vibes. Outside of the fictional apparitions of the Haunted Mansion, the most popular ghost is Walt Disney himself, who some say still lingers in the park. This often accompanies the rumor that Disney was cryogenically frozen and that his frozen head is buried somewhere in the park. That isn’t true, as Disney was cremated and his ashes located in Glendale.

Perhaps one of the most pervasive ghost stories is that of Mr. One Way. This red-haired apparition boards Space Mountain with single riders. However, by the time the short coaster has ended, he’s disappeared. Occasionally Disney cast members report seeing him in their locker room area. Some say he even hangs out in line and interacts with guests waiting for their turn. One has to wonder what Mr. One Way did wrong in life to end up haunting a queue at Disneyland, a fate some would say is its own kind of hell. 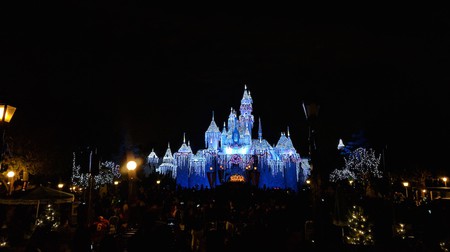 Graveyard and cemeteries have long been the setting for chilling tales, and the Yorba Cemetery in Yorba Linda is no exception. This cemetery’s most famous non-corporeal resident is the Pink Lady. Supposedly, she was a teenage girl who was killed in a 1910 carriage wreck while on her way home from a school dance, to which she’d worn a pink gown. According to legend, she appears on June 15 on even-numbered years, her purpose unknown.

Many have speculated that the Pink Lady was Alvina de los Reyes; however, relatives say that de los Reyes died in childbirth at 31. Another relative said he recalled hearing about a carriage crash, but could not confirm if the deceased was clad in pink. An Orange County park ranger told the Yorba Linda Star in 1990 that the legend began circulating in the 1940s, perhaps as an excuse to give teens a reason to gather in the cemetery on a summer night and freak one another out.