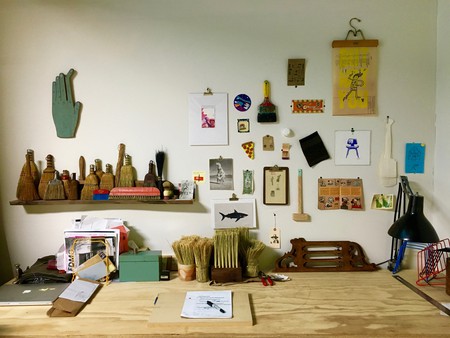 Tucked away on a nondescript side street in San Francisco’s Bayview neighborhood, Hunt Projects is a space for independent artists and designers to work on their craft. Started in 2012 by Charlie Leese and Kerri Conlon, the warehouse provides a shared wood and metal shop for around 20 artists in the San Francisco Bay Area’s changing art scene.

‘Creativity centers around creativity,’ says co-founder Charlie Leese. ‘Strength in numbers is nothing new. Our goal is to give artists access to the shared shops while keeping the costs low.’ As a sculpture artist and graduate of Rhode Island School of Design, Leese works mainly in metal and creates bold sculptures for both group and solo shows. He uses strong visual cues to guide viewers but leaves projects open-ended. 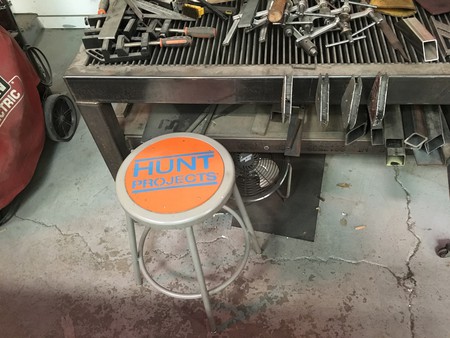 In 2012, co-founders Leese and Conlon signed a five-year lease. They split some of the space into private studios, and then spent the next year setting up the shop. Artists apply for one of the seven private studios or 14 locker spaces with their portfolio and a shop-related reference. The members’ work is a mix of fine art and design. 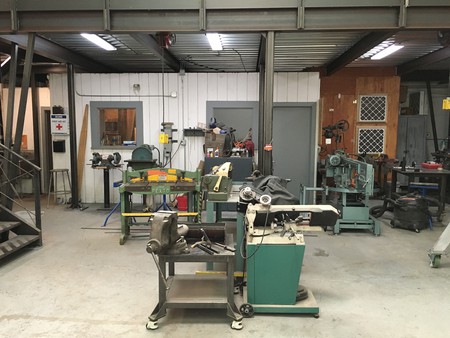 With the Bay Area’s affordability crisis, paying for the cost of living on commissions is increasingly difficult. ‘There are seven or eight art and design universities in the Bay,’ says Leese. ‘My motivation is to have places for graduating students to stay.’ 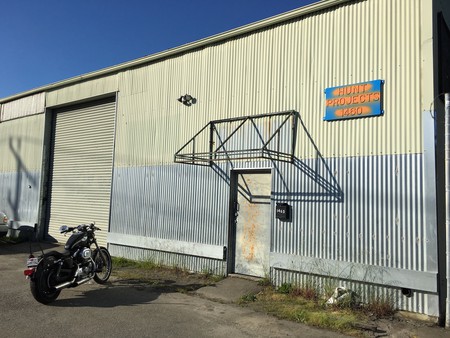 Artist, designer and craftswoman Hannah Beatrice Quinn was one such student. After graduating from California College of the Arts in 2014, Quinn became a member of the Hunt Projects community. She works primarily in wood and metal, crafting ‘things that are useful as well as beautiful.’ Her work straddles the line between craft and fine art, from small furniture to brooms, bowls and wooden utensils. ‘I use all of the big equipment in the shop,’ says Quinn. ‘The joiner, the planer, the table saw, the welding table. It’s great to have a space with other artists working in similar mediums to bounce ideas off of or to learn new techniques from.’ 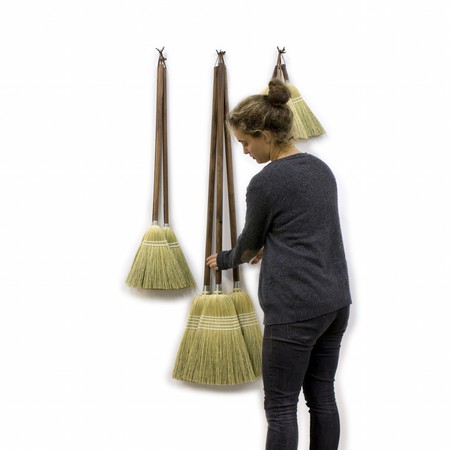 Woodworker Benjamin Laramie was one of the first two artists to sign up at Hunt Projects in 2012. He came to San Francisco in 2009 for a Design Fellowship at Chronicle Books. Working with the idea of the ‘modular,’ Laramie’s design process is ‘intrinsically linked to the building process and honors the heritage of craft.’ He primarily does commissions for offices, private residences and retail locations around the Bay Area. ‘It’s difficult to ignore the changes in the Bay Area art scene – artists who can’t afford to sustain their practice here or small galleries who can’t keep their spaces open,’ says Laramie. ‘But right now ‘the story of things’ seems to be in vogue, and, thankfully, among the favorite stories is the one about the ‘local craftsperson.’ I’m very happy being a part of that particular story.’ 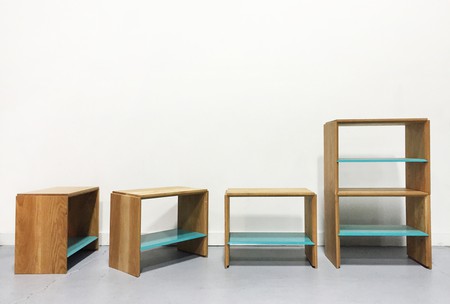 Other artists at Hunt Projects include Ethan Jamison of Ethanmade & Co., Zachary Fish, Mark Nicholson, Asa Hillis, Lester Rosso, Will Pierce and Cella Costanza. Their first Open Studios event of this year will be on June 4th from 11 am-8 pm. Amidst an ever-changing arena of craft and design, Hunt Projects is helping independent artists stay in the Bay Area. ‘We are going through a great point and it’s looking less bleak,’ says Leese. ‘I’m feeling more optimistic about it now. But we still need more risk-takers who are interested in supporting upcoming artists.’