How To Spend 24 Hours in SoMa, San Francisco 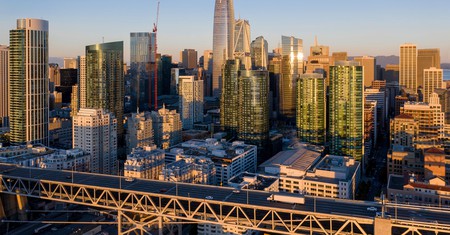 SoMa is a renovated neighborhood bursting with art, activities and a restaurant and bar scene the rivals some of San Francisco’s best. 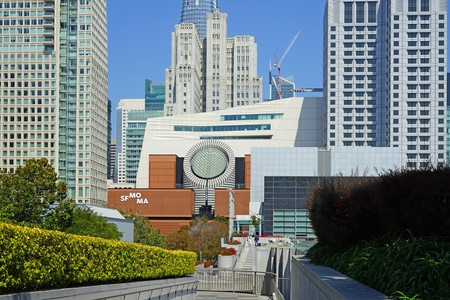 Following the devastating earthquake of 1906, the streets south of Market were rendered an industrial wasteland, and they stayed that way for the better part of a century. It wasn’t until the tech boom of the 1990s that the city really began to rejuvenate the area. Now, the neighborhood – mostly called SoMa – is a haven for art and culture, with many museums and galleries, baseball games at the newly renamed Oracle Park, and an abundance of chic restaurants and bars that line the streets. With so much to do, it’s easy to spend a day (or more) exploring. Here’s how to spend 24 hours in SoMa, San Francisco.

Have breakfast at The Bagel Bakery SF

People don’t think to seek out bagels when they’re not in New York City. However, San Francisco is basically the NYC of the West Coast, and The Bagel Bakery has the bagels to prove it. The eatery boasts “real bagels since 1976” and gives patrons plenty of options – from a simple bagel and schmear to bagelwiches and even bagel omelets. For those less interested in that specific savory goodness, the restaurant also offers a sweet pastry menu.

Explore the Yerba Buena Center of the Arts

The Yerba Buena Center of the Arts (YBCA) is a multi-disciplinary arts center that offers everything from musical and dance performances to fine art gallery displays and cinematic endeavors. Though there is a fee to view exhibits, YBCA does have a couple of free-to-the-public features: an elevated outdoor plaza called Third Street Courtyard and public art installations. The expansive center is housed in the Yerba Buena Gardens, which is also worth getting lost in – especially on a beautiful day. 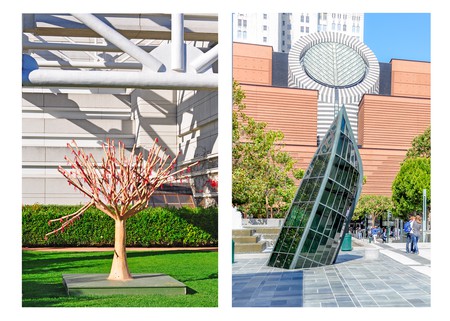 Grab some lunch at Sammy’s on 2nd

Before you continue exploring SoMa, grab a good old-fashioned sandwich at Sammy’s on 2nd. The deli offers a wide range of sandwiches – including pastrami and vegetarian options – as well as Mediterranean fare such as dolmas and tabouleh. It’s a classic San Francisco experience that will have you feeling like a local.

Visit the Museum of the African Diaspora

The Museum of the African Diaspora (MoAD) showcases the history, art and culture that bloomed from African migration across the globe. The museum’s mission is to connect all visitors through everyone’s globally shared African heritage. It features exhibits that explore everything from the origins of humans to the rich impact African culture has had on the arts. 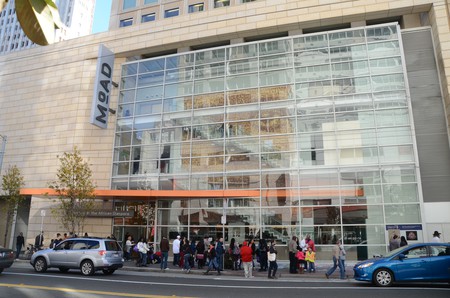 If you’re visiting San Francisco during baseball season and just happen to be around during a Giants home game, snag a ticket in the cheap seats and soak in one of the most beautiful ballparks in the country. Oracle Park boasts breathtaking views of the bay and McCovey Cove and offers some mouth-watering fare, including drool-inducing garlic fries. 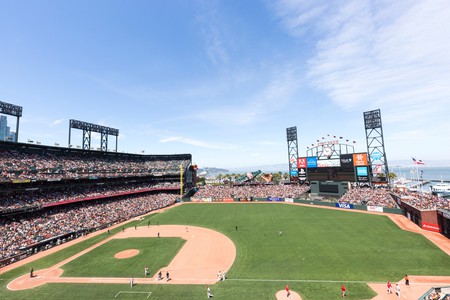 Have dinner at Marlowe

There are wonderful restaurants in San Francisco any way you turn, but one of SoMa’s most popular is Marlowe. The American bistro, run by husband-and-wife team Anna Weinberg and James Nicholas, along with chef Jennifer Puccio, bills itself as “meat-centric,” and though the ribeye and porkchop are phenomenal, there’s so much more to the menu than carnivorous treats. Begin with an appetizer of creamy, whipped burrata or crispy brussels sprout chips, and if you’re not a meat eater, their polenta and Poulet “Vert” is to die for. Make sure to save time for a drink before or after dinner – their cocktail menu is just as indulgent as the food.

A bartender poses for a picture at Marlowe in San Francisco, California | © Eric Wolfinger

Listen to live music at Slim’s

If you’re a live music fan, Slim’s is definitely worth a visit. The 550-capacity venue is standing room only and can get a little warm and crowded on popular nights, but it’s a great way to inundate yourself with local music and lesser-known touring bands. R&B legend Boz Scaggs founded the club, but oddly enough, its calendar is usually filled with rock acts. However, you’ll occasionally find jazz, hip-hop, R&B and artists of other various genres playing.

Local Edition is a bar made for those who love a good craft cocktail mixed with a piece of history. The bar is housed in the old printing room of The Examiner in the historic Hearst Building, and it tells the stories of San Francisco through newspaper clippings lining the walls. If you’re looking for a quiet place to sip a drink and chat, look elsewhere. Local Edition is usually bustling with people, and on any given night could host live music. 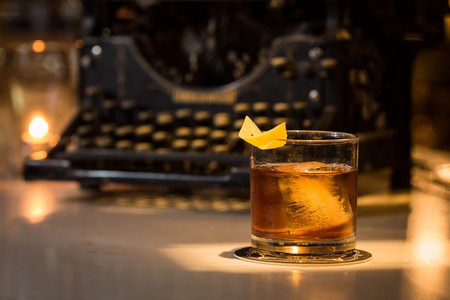 Have more drinks at The Stud

For those who aren’t quite ready to call it a night, mosey on over to The Stud – one of San Francisco’s most illustrious gay bars and the premier venue for burlesque and drag shows. Aside from cheap drinks and oodles of entertainment, the bar’s special late-night license means its doors are open until 4am on Fridays and Saturdays.