How to Spend 24 Hours in Sacramento 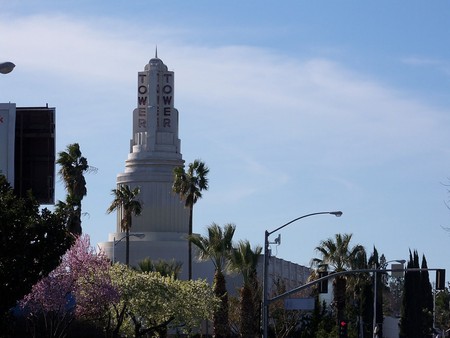 Sacramento’s historic past combined with its cultural growth in food, art, technology, and greenery, makes it a perfect California visit. The city dates back to the early Wild West settlers of California in 1850. Since then, it was named the capital city of the Golden State, and developed into one of the most historic districts in the country.

Sacramento built a foodie culture many neighboring metropolitan hubs would envy, and it won fourth place as the “Most Hipster City” in California. In a place with a rich background and growing culture like Sacramento, fitting all the must-sees and must-dos into a single day can be challenging. Luckily, this guide explains how to spend 24 hours living it up.

Roaming the lawns and gardens of this historic park in the early morning while it’s still relatively vacant is a surreal experience. 10 years after Sacramento was named California’s state capital in 1859, the capitol building and surrounding grounds became the state government’s home. A museum with historic state artifacts is also resident inside the neoclassical structure. The rest of the park has memorials of significant times and people of California—a statue of the state’s colonizer Junípero Serra, the Civil War Memorial, California Veterans Memorial, California Vietnam Veterans Memorial, and a redwood tree that went to the moon. Taking an early morning walk through the city’s history evokes feelings of somber admiration to start the day. 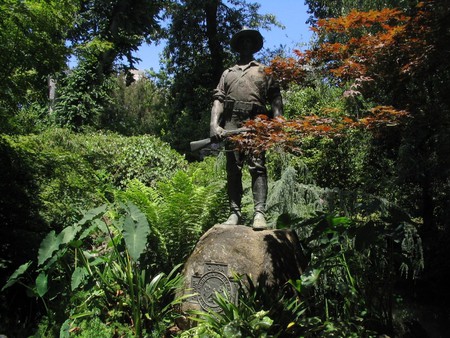 Join us this Saturday for our monthly coffee tasting and home brew classes and go home with a bag of beans! Sign ups are available for both classes thru our website shop. Space is limited!

Paying tribute to the days of the Gold Rush, Old Sacramento is a National Historic Landmark District with old-timey shops, five museums, and nine different confections’ storefronts. When settlers first established themselves along the Sacramento River, the area was prone to floods and fires, construction of the Old Sacramento district took place. The old wooden boardwalks led to plenty of novelty fun like panning for real gold and dressing up for vintage saloon photos. A total of 53 historic buildings over the span of 28 acres gives Old Sacramento the most historic value over most other places of similar size in the region. 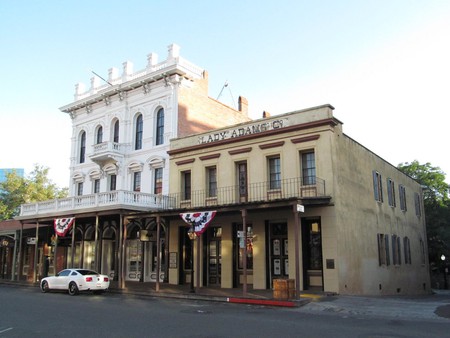 Steamers offer quick bites of soups, salads, burgers, and sandwiches in the heart of the Old Sacramento Historic District. It was once a mere coffee shop when it first opened in the 90’s, but just as the city of Sacramento did, Steamers expanded into the much-loved place it is today. The outdoor seating area offers an ample view to watch the afternoon go by.

Nearly 150 different animal species call the Sacramento Zoo home. It’s quaint compared to many other zoos of its kind, sitting on about 14 acres of land. The smaller proximity makes for a quicker trip to see all lions, elephants, zebras, and the rest. It’s easy to catch one of the multiple events for general admission guests that the zoo puts on throughout the year, like the celebratory Red Panda Day or World Giraffe Day.

Meet Amaya & Benjamin, two Endangered red pandas that arrived on the same day in November as part of the Association of Zoos and Aquariums Red Panda Species Survival Plan® breeding and transfer recommendations. Benjamin came from the Philadelphia Zoo and Amaya from the Rosemont Gifford Zoo. He is the more cautious of the two, preferring to sit back and take everything in. She is a bit braver and loves to seek out attention from her caretakers. The two will live behind-the-scenes for privacy due to the sensitive nature of red panda breeding habits and the seclusion needed for rearing cubs. While Benjamin and Amaya will be hanging out in their private quarters, guests will still be able to see Takeo and Pili on exhibit. The red panda facility at the Sacramento Zoo was built specifically to house two groups of red panda. Similar to Benjamin and Amaya, Takeo and Pili also lived behind-the-scenes during their younger years. You may recall their cub Kodari, born in 2013. He now lives at the San Francisco Zoo. Takeo (9-years-old) and Pili (7-years-old) have now retired to the exhibit where they can enjoy their golden years snacking on grapes and snoozing on their favorite branches high in the exhibit. saczoo.org/blog

Watch a movie at Tower Theater

Watching a film at the Tower Theater as the sun starts to drift and lunch from Steamers digests, brings the afternoon to a momentous close. The building’s old theater aesthetics tug at the heartstrings of classic movie buffs and those that appreciate all things vintage. The films that screen here range from new independent releases, documentaries, foreign films, and old classics. Built in 1938, it’s a Sacramento landmark and the oldest remaining theater still running. The Tower Theater is treasured by Sacramento locals, where not only the films are appreciated but the theater’s history too.

The Tower Theater’s other half is the neighboring Tower Cafe, serving American fare with a touch of Malaysian and Spanish flavor. The bright and colorful decor of the cafe gives a nod to its southeast Asian and Latin flare. This hot dinner eatery boasts an eclectic menu of burgers, curries, pasta, and breakfast dishes. Somehow the unique flavors of different countries come together on each plate and leave tastebuds wanting more.

The trails in Riverwalk Park follow the Sacramento River for leisure walking and exploring. Parts of the area break with views of Old Town, the Tower Bridge, and the Sacramento skyline. The city lights up when it gets dark, and witnessing the cityscape is made possible at Riverwalk Park. In the center of the park is the Ziggurat Building, a pyramidal state office with 10 storeys of steps on the exterior. The area is full of landmarks and sights purely unique to Sacramento. 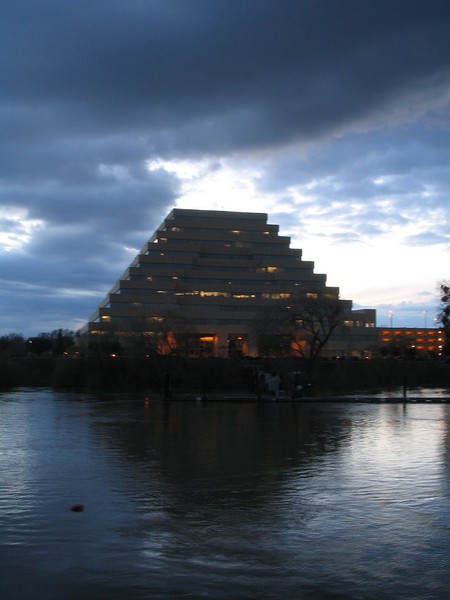 The Ziggurat at dusk | © Jason Ring / Flickr
Give us feedback