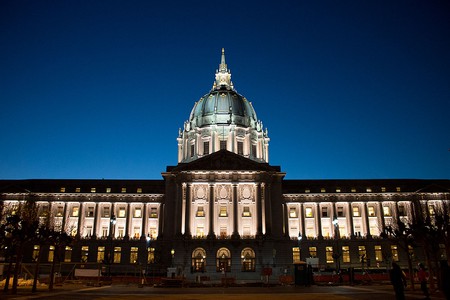 San Francisco’s City Hall is a building locals pass by all the time, and yet most residents have no idea what’s going on within its walls. Read on to get to know this historic building, learn what you can expect inside, and discover how you can get the most out of it.

City Hall is the building in which San Francisco’s governing forces run their operations. It is located at the intersection of Market Street and Van Ness Avenue in the Civic Center of San Francisco, a neighborhood thus named due to the many governmental and cultural buildings it houses. The building has seen countless struggles and achievements, hosting the planning of San Francisco’s development and progress for the past 100 years. It has been host to everything under the sun, including funerals for war heroes such as Generals Frederick Funston, marriages for the likes of Joe DiMaggio and Marilyn Monroe, protests in the fight for free speech, and the assassinations of Harvey Milk and George Moscone. 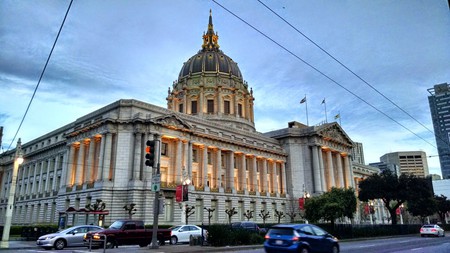 The building stands out for its architecture, designed in the Beaux-Arts style and stretching over two full city blocks. The structure features a dome, heavily influenced by the Church of Val-de-Grâce dome in Paris, reaching 307.5 feet high (42 feet higher than the United States Capitol building’s). The current building was not the original City Hall structure, however. The original building, finished in 1899 and located two block away, was much bigger, featuring an additional wing hosting the San Francisco Hall of Records. After the 1906 earthquake, the building was destroyed, and the reconstruction fell to architect Arthur Brown, Jr., who also designed the likes of Coit Tower and the War Memorial Opera House. 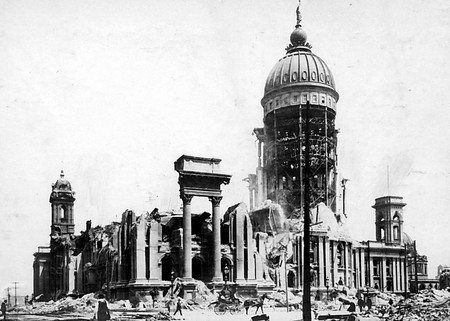 Stepping inside City Hall’s front doors will transport you into the building’s magnificent rotunda. Facing a grand staircase, you can look up to see the entrance to the mayor’s office, surrounded by bronze busts of former political leaders such as George Moscone, Dianne Feinstein, and Harvey Milk. Various other sculptures commemorate past mayors, and near the entrance of the rotunda you can also find plaques commemorating the farewell address by President George Washington and the Gettysburg Address by President Abraham Lincoln. The outside of the rotunda has been inlaid with colored LED lights, enabling the building to radiate colors specific to current events – for instance, the building shines with blue and yellow stripes during important Warriors games, and it famously lights up in rainbow colors for the annual San Francisco Pride Parade. 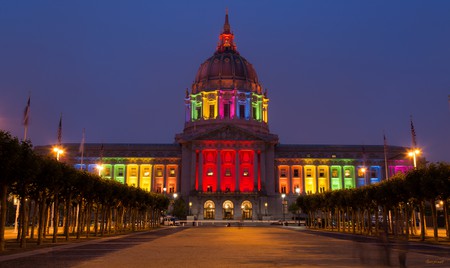 The building is open to the public every Monday through Friday from 8am to 8pm, offering 45-minute public tours daily at 10am, 12pm, and 2pm. The space is fully ADA accessible, outfitted with modern signage for the visually impaired, and tour reservations are not required. Alternatively, if you’d prefer to enjoy City Hall from the comfort of your couch, you can explore the space with a virtual tour. There are spaces within the building that can be rented out for events such as conferences, receptions, or weddings.