How to Discover Los Angeles in 48 Hours 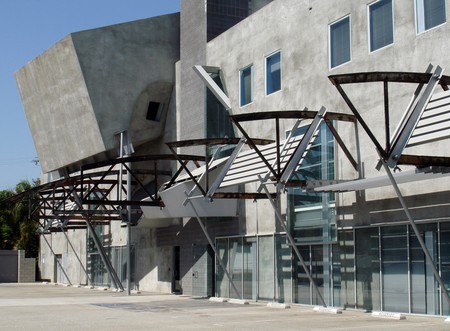 If a mere 48 hours are all someone has in beautiful Los Angeles, it’s hard to cram in all the culture and cuisine such a diverse city has to offer. Yet an ambitious traveler with a knack for packing light should be able to get from downtown to the beach, with a few unique sights in between. Here’s one possible trajectory that allows you to experience museums, both significant and strange, as well as a sunset ride parallel to the Pacific Ocean.

You’ll likely be flying into LAX. Assuming you’ve packed light (it’s just 48 hours, after all), take the Flyaway Bus to Union Station. This iconic train station, built in the 1930s, is notable for its gorgeous Art Deco style, public art, and its role in films, including Blade Runner and To Live and Die in L.A. There are numerous places here to grab a bite and some coffee, including Café Crêpe and Barista Society. 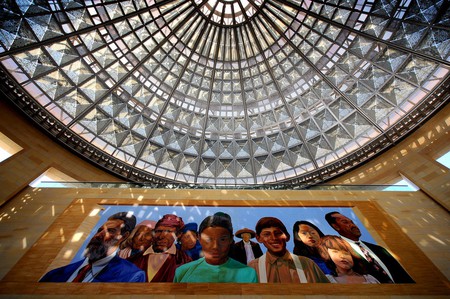 From Union Station, you can make your way via the red or purple line trains into downtown Los Angeles. From the Grand Park station, it’s an easy walk to two art museums: The Broad and The Museum of Contemporary Art, Los Angeles (MOCA).

MOCA, designed by Japanese architect Arata Isozaki, houses a number of rotating exhibits, in addition to its collection. It is $15 for general admission, but if you take the Metro, you can receive two-for-one admission.

When you’re ready to move on, you may take a tour of the nearby Walt Disney Concert Hall, designed by postmodern architect Frank Gehry, or you can head on over to The Broad. Admission to this contemporary art museum is free, but you’ll need to make a reservation online in advance. The most popular exhibit here is Japanese artist Yayoi Kusama’s Infinity Mirrored Room, which uses LED lights and mirrors to create a sense of infinite space in a dreamlike world. 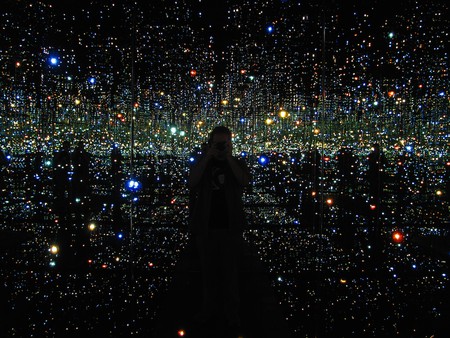 For lunch, walk to Grand Central Market, an open-air food court established in 1917. With over 30 vendors, there truly is something for everyone here, whether it’s pasta, pupusas, ramen, sandwiches, charcuterie, barbecue, juice, coffee, ice cream or even beer. You can enjoy your lunch at the counters around the stalls or one of the many tables scattered throughout the space. From here, you can also see Angels Flight. It’s a short funicular that once took passengers up Bunker Hill. Despite its prominent position in La La Land, it’s been defunct since 2013, but it is expected to reopen by Labor Day 2017. If you have extra time, you can also peek into the lobby of the historic Bradbury Building, made famous by its appearance in Blade Runner. 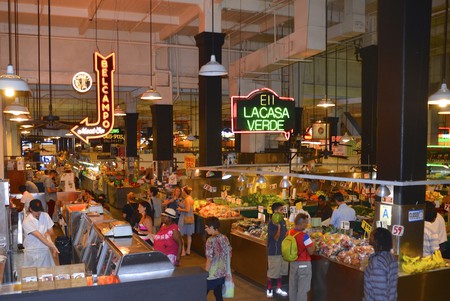 The afternoon might also be a good time to check into a hotel (most American hotels offer check-in around 3 p.m.) and freshen up or drop off your backpack. Downtown is home to numerous boutique hotels, including the youthful Ace Hotel, with its rooftop bar and pool, and the sleek, 14-room Tuck Hotel. Other popular choices include The Standard, The Los Angeles Athletic Club, and the historic Millennium Biltmore.

If you’re not distracted by your hotel’s bar or pool, you could easily take the train to explore the Arts District and Little Tokyo. They share a Metro station and offer a blend of Japanese cuisine and culture, as well as trendy shops and eateries. This neighborhood is very walkable and should keep you busy through the evening. Cultural highlights include the contemporary art gallery Hauser & Wirth, the Japanese American National Museum, plus the shops and restaurants of Japanese Village Plaza. 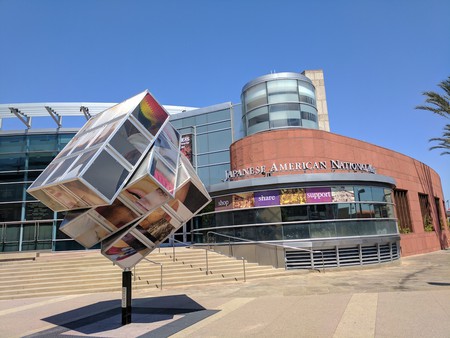 Dinner options include the legendary and tourist-friendly ramen spot Daikokuya, the creative seasonal small plates and cocktails of Westbound, and the casual Far Bar (get the wasabi fries). Finish out your evening with a cold, locally made pint at either the Arts District or Angel City breweries, or swing by EightyTwo, which offers numerous arcade and pinball machines on top of craft cocktails and beers. 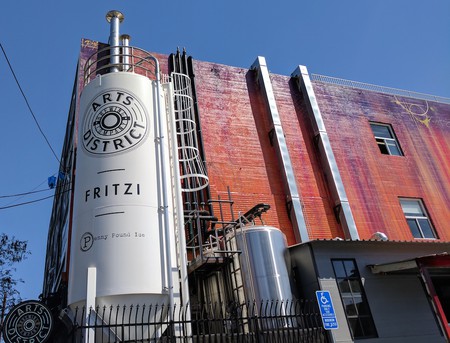 After breakfast, it’s time to head west. Avoid the tourist-filled Hollywood and skip straight to Melrose and Fairfax, where you can spend the morning browsing the numerous boutiques of the Melrose Shopping District. Favorites include the macabre Necromance, the vintage-centric Resurrection, and Golden Apple Comics. If it’s a Sunday, you can also check out Melrose Trading Post, one of L.A.’s chicest flea markets. Melrose is also home to a large collection of street art, which you can see by simply strolling through the area. If you spend enough time here, you can always have a pastrami sandwich or some matzo ball soup at Canter’s, a diner once popular with the rock icons of the Sunset Strip.

Catch a ride to Culver City while the traffic is mellow. Here, you can visit one of Los Angeles’ strangest museums, The Museum of Jurassic Technology. It’s a surreal collection of folklore and mysticism, with exhibits on Soviet space dogs, old wives tales, and a Russian tea room populated by very tame birds. Alternatively, guests may take a two-hour, guided walking tour of Sony Pictures, which contains a massive, 94-foot-tall (28.6 meters) rainbow arch meant as a tribute to The Wizard of Oz, filmed in Culver City in the 1930s. At that time, Sony’s lot was home to MGM. 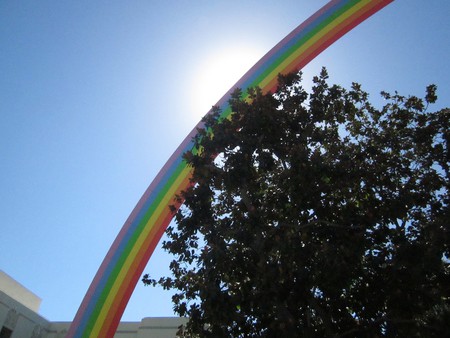 Work up an appetite by touring Hayden Tract, an eight-block collection of architecturally unique buildings via architect Eric Owen Moss, and have lunch at the meat-and-beer focused Cannibal, located within the Platform retail development, or at Father’s Office, home of one of L.A.’s best burgers.

Hop on the Expo Line at the Culver City Metro station to head straight to Santa Monica. It’s only a short walk from the train station to the famous Santa Monica Pier, where Route 66 ends. Rent a bike to cruise along the beach to Venice, which can be especially enchanting near sunset.

Find dinner and drinks all along Venice’s hip Abbott Kinney, with popular options including Salt Air for seafood, the hip Gjelina for seasonal and contemporary dishes, and Plant Food + Wine for vegan fare. Or you can keep going for a scenic walk through the Venice Canals and have breakfast anytime at Nighthawk Breakfast Bar. They serve spiked cereal milk cocktails, in addition to clever twists on breakfast classics.

The two beach cities are home to numerous hotels, motels, and Airbnb options for the weary to lay their head. Reservations are, of course, best made in advance. For budget travelers, the Sea Shore Motel offers tidy lodging at a significant value, considering how close to the ocean it is. 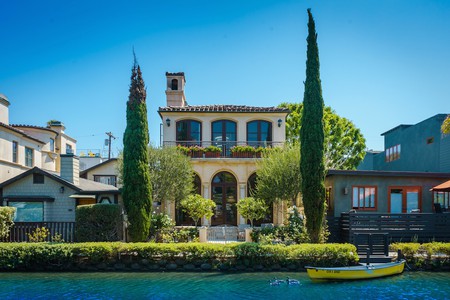 In the morning, you’ll be less than eight miles (12.9 kilometers) from LAX, but don’t forget to account for traffic when scheduling your ride!