How To Celebrate Norooz, The Persian New Year

Thoroughly clean out your home

Just before the New Year, Persians initiate a purifying ritual of deep cleaning their homes known as khooneh tekouni, which literally translates to ‘shaking the house.’ Everything in the house is thoroughly cleaned — washing, airing out, and organizing every nook and cranny. The idea is to greet spring and the New Year with purity and mindful organization. This spring cleaning also provides Persians with more closet space to store their new outfits for the New Year — another tradition associated with the holiday. 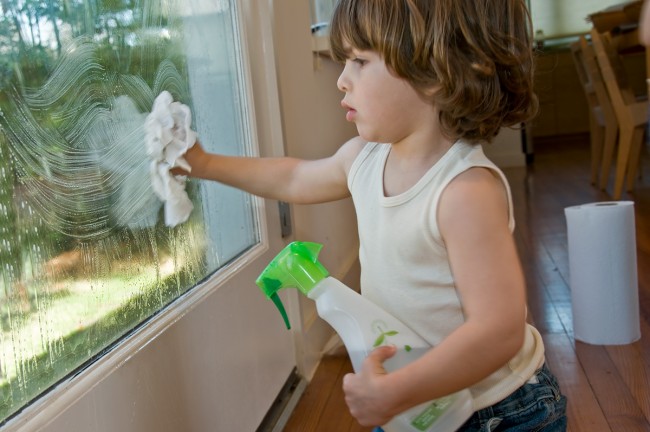 Jump over a (small) fire

Yes, you read that correctly. On the eve of the last Wednesday of the old year, Persians set up bonfires and leap over these fires while singing traditional songs. Rest assured that these aren’t 5-foot flames that are supposed to be difficult or dangerous. This ritual, known as Chahr Shanbeh Suri (Red Wednesday), is a purification of the past year and is known to bring good health for the New Year. 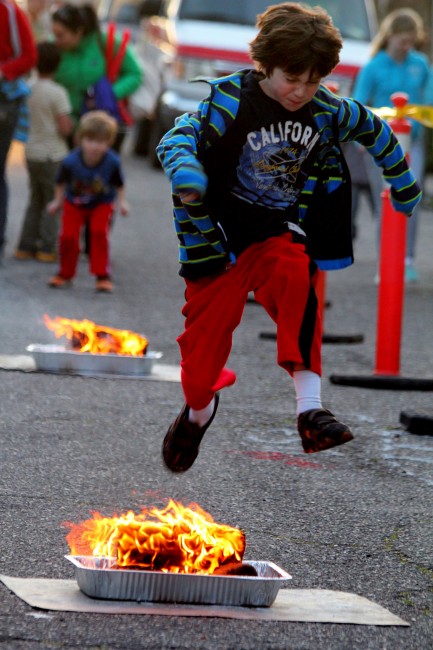 Upon ringing in the New Year, Persians gather around a haft-seen (translated as Seven-S’s), which is the traditional table setting consisting of seven symbolic items that begin with the Farsi letter ‘S.’ These items include:

In addition to these seven items, many people also place coins (representing wealth), decorated eggs (for good luck and fertility), a mirror (honesty), and a holy/poetry book on the haft-seen table as well. 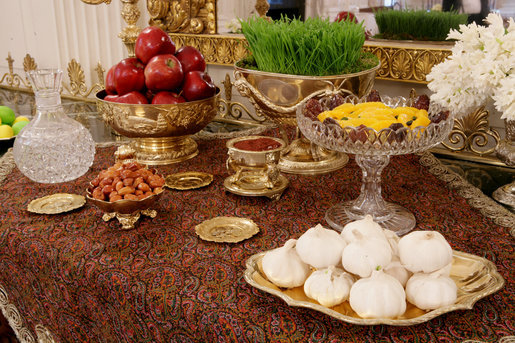 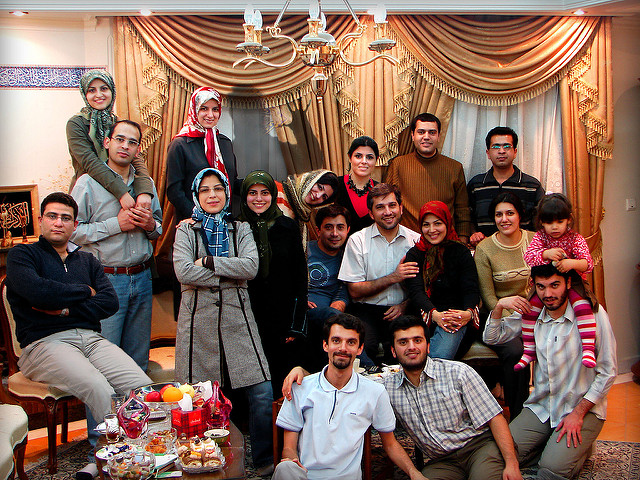 On the night of the New Year, Persians typically eat Sabzi pollo mahi, a traditional rice dish served with fried white fish, and kookoo sabzi, an egg based dish similar to a frittata. Both dishes contain fresh green herbs, symbolizing the coming spring. Sweets such as baklava (flaky pastry sweetened with rosewater), Noghl (sugar-coated almonds), and Naan bereng (Persian rice cookies) are also enjoyed on Norooz for a sweet beginning to the New Year. 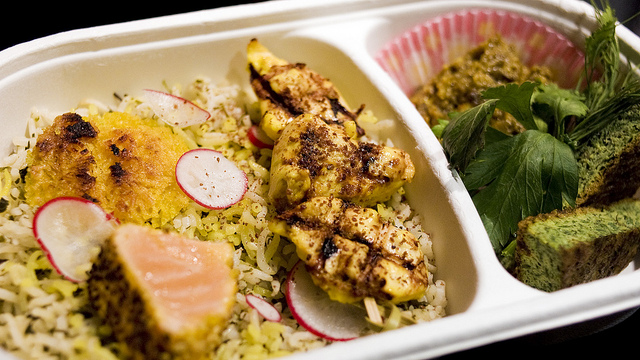 Amidst the Norooz celebrations, Haji Firuz — a fictional character in Iranian folklore — appears in the streets singing traditional songs and playing a tambourine. Known as the ‘Santa Claus’ of this holiday, he wears bright red clothes and a red felt hat and gives gifts to all the children and people celebrating the New Year. Haji Firuz has been referred to as the Zoroastrian (an ancient Iranian religion) fire keeper, and his face and hands are painted black to represent soot from the fire. His jovial singing and dancing marks the celebration of spring arriving with good cheer. 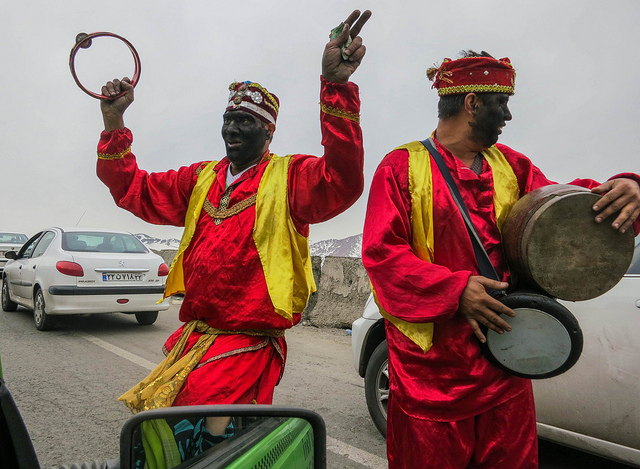 On the 13th day of the New Year, Persians gather outside with friends and family to spend the day in nature. The literal translation of Seezdeh Bedar is ‘getting rid of the 13th,’ as it is regarded as a bad omen to spend the 13th day indoors (because the number is considered unlucky). This is a very popular and fun day where Persians usually picnic in a local park and discard the sabzeh grass from the haft seen table. 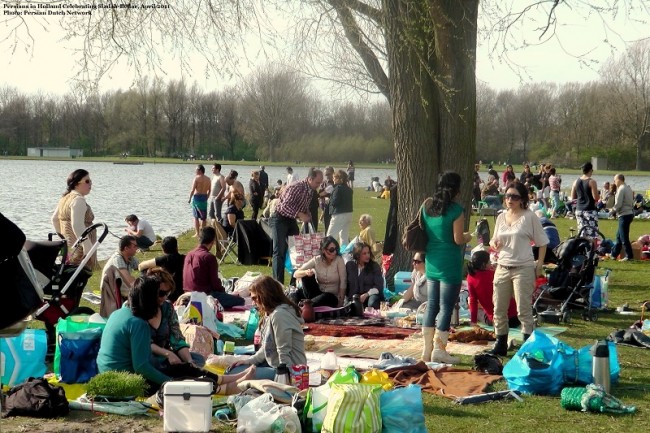 And for those who don’t speak Farsi, impress your Persian friends (or family) with these Norooz greetings: