How the Legalization of Cannabis in California Impacts Coachella 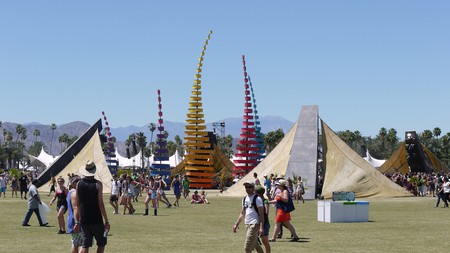 April 2017 will mark the first time that Coachella, one of the United States’ top musical festivals, will occur in a state where recreational marijuana is legal. While cannabis remains illegal federally speaking, California voters passed Proposition 64 in November of 2016, which allows residents to buy, use, and possess cannabis. Though Californians likely won’t be able to walk into a shop and buy recreational cannabis until 2018, as regulations are still being put in place, they may share marijuana with one another or purchase it with a valid medical marijuana card. (Medical marijuana has been legal in California since 1996.) Given that music festivals typically involve rampant drug use, how will the new legislature affect this massive California fest?

When it comes to festival grounds, the answer is, well, not very much. Despite enjoying the gorgeous weather and legal weed status that Indio, California provides, Coachella does not allow guests to carry in non-prescription drugs of any kind. This restriction includes marijuana, even for guests who possess a valid medical marijuana card. While it presumably won’t stop some festival goers from trying, the official answer is a firm no.

Cannabis users will find friendlier folks via marijuana-focused pop-ups located a short distance from the festival. CannaSpa will operate during Coachella’s second weekend on April 21–22, 2017, in the nearby town of Bermuda Dunes. CannaSpa incorporates cannabis into spa services, using infused oils during massages, facials, nail services, and more. Guests may also enjoy 420-friendly art classes and yoga, as well as cannabis-infused cocktails and multi-course dinners. Ticket prices vary for individual events and services—a yoga class is $35, for instance—while it’s $280 for an early bird weekend pass. 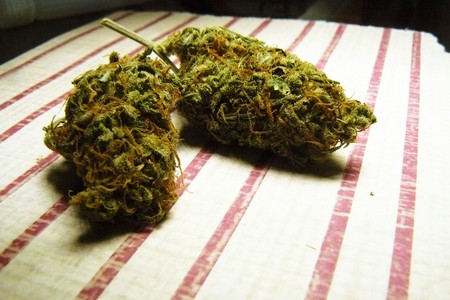 While Californians can't buy recreational marijuana in a shop, they can share it with other adults | ©tanjila ahmed/Flickr

WeedMaps has teamed up with marketing agency Talent Resources to offer a “marijuana oasis” located about six miles (9.7 kilometers) away from festival grounds. TMZ reports that the oasis will offer five geodesic domes where various strains of cannabis may be sampled—meaning smoked, vaped, or ingested—plus two grow houses and a greenhouse. Marijuana will not be for sale.

Lowell Farms, based in Santa Barbara, attempted to produce a Coachella cannabis blend available in handy, pre-rolled joints and delicate flower crowns, but AEG Presents—the company behind Coachella—sent Lowell a cease-and-desist letter. Lowell Farms has decided to comply and cheekily rename the blend #notchilla instead, according to The Los Angeles Times.