How the LA Wine Industry is Making a Comeback 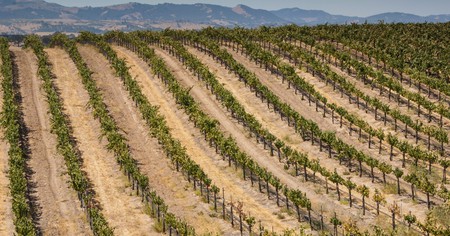 Often overlooked in favor of storied wine regions around the world, LA is poised to rediscover its winemaking roots.

The suburban sprawl east of LA’s Highway 14 gradually tapers off and gives way to curving mountains, outlined most days by a pristine blue sky. The high desert terrain feels Mediterranean, dotted by chaparral shrubs and the occasional scrub oak tree.

This is the Sierra Pelona Valley: an unassuming corridor and American Viticulture Area (AVA) nestled between LA and the wide-open vistas of the Mojave Desert. At the center is the humble town of Agua Dulce. Here, travelers have more than one reason to stop: acres of vineyards, teeming with twisting vines and grapes ripening and swelling throughout the summer. 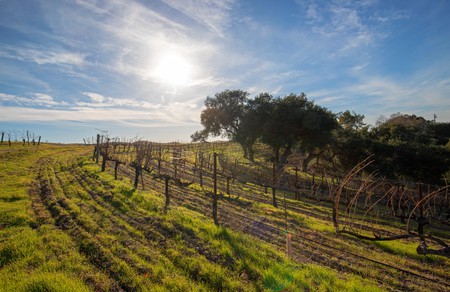 Juan Alonso was among the first viticulturalists in the area who moved to California’s Agua Dulce from Galicia, Spain, in the mid-nineties. He brought with him an assortment of Spanish varietals and planted 50 vines during a time when no one believed a vineyard would thrive in Agua Dulce’s near-desert climate. Today, he’s the owner and head chef at the acclaimed French restaurant Le Chène, tending to the adjacent six-acre (2.4 hectares) vineyard.

“For us, the Alonso family vineyard is what makes our wines unique,” says Amy Luftig-Viste, winemaker and co-owner of the downtown LA winery and tasting room Angeleno Wine. “It’s directly the result of Juan – his experience and how he came to Southern California.”

Luftig-Viste and fellow wine aficionado Jasper Dickson opened Angeleno Wine to the public in June 2019, only a few blocks from where the first commercial vineyard was planted in California in the early 1830s by Jean-Louis Vignes. Angeleno Wine is considered the first winery in downtown Los Angeles since Prohibition. At the winery, visitors are immediately greeted by row after row of enormous oak barrels and a wine list boasting boutique varietals like Tannat, Graciano, Godello, Loureiro and Treixadura, many of which are grown at the Alonso family farm.

Dickson and Luftig-Viste often pour glasses for customers themselves, welcoming the opportunity to discuss the city’s long-standing winemaking culture.

“We consistently find that people are shocked to learn that California winemaking began in downtown LA,” says Luftig-Viste. “The first city seal was a cluster of grapes. People are surprised that the wines can be high quality. After one sip, they’ll say, ‘Oh wow, these wines are actually good!’”

At one time in LA’s history, winemaking was a source of pride. By 1850, Vignes was one of the largest wine producers in the world, making more than 15,000 bottles in a year. LA’s population boom during the early 20th century was both a blessing and a curse. Thousands of people flocked to the West Coast, either for gold, cheap property or seeking a promised paradise. While this migration certainly brought more wine-drinkers, the rapid urbanization squeezed vineyards out. A severe outbreak of Pierce’s Disease that wiped out entire acres of grapevines, coupled with the introduction of Prohibition, were final factors in ending the once-burgeoning industry. Among the only reminders of the city’s viticulture past are Vignes Street, which curves through downtown, and scraggly, ancient grapevines draped across Olvera Street.

Today, wine aficionados seem to mostly skip over LA County, instead making a beeline for Napa and Sonoma. But thanks to visionaries like Alonso, Dickson and Luftig-Viste, there are the early stirrings of a full-blown LA wine revival.

LA resident Mark Byron Blatty (of Byron Blatty Wines) finds that wine drinkers tend to have preconceived notions about the quality of locally grown LA wine. A tried-and-true winemaker, Blatty makes wine with grapes from a few different vineyards across the county. 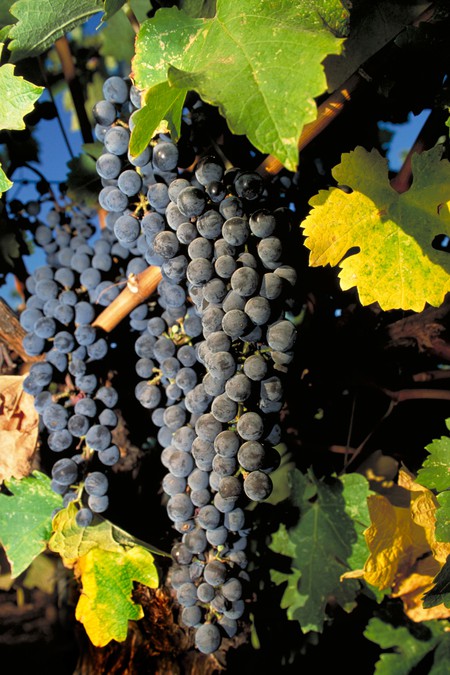 “Everybody either has no experience or a bad experience with LA-made wine – it’s not thought of as a serious wine region,” Blatty says. “Every wine region has [experienced that] at some point. When people started planting Chardonnay in Napa, people laughed. People tend to be afraid of things that are new.”

While Byron Blatty sources grapes from Agua Dulce like Angeleno Wine, he also harvests some grapes in more coastal or mountainous areas. This results in a variety of growing conditions and therefore a wide array of flavor profiles.

“This has given us the ability to diversify our varietals,” Blatty says. “These different regions have totally different characters. I think we are able to make some complex wines, like multi-varietals and multi-vineyard blends.”

The advantage for Los Angeles-based viticulturalists is not worrying that a late frost might hinder young grapes. In fact, the dry, warm air, coupled with occasional fog that wafts in from the Pacific Ocean, creates near-perfect growing conditions for hardier varietals.

“Overall, Southern California’s climate is ideal for grapes that have a little more natural acidity and tannin – it really softens [the flavors] up,” Dickson says. “That’s what we’ve experienced with our Tannat, which is normally very tannic, acidic and harsh. When it’s grown down here, it’s mellowed out and you get more of an elegant flavor profile.”

LA wines reflect the personality of the area itself: they’re bright, refreshing and approachable. According to Patrick Kelley of Cavaletti Vineyards, light reds, rosés and whites tend to do well both on the vine and when selected by a customer. Kelley harvests from a vineyard found just east of Agua Dulce in LA County. He’s committed to sustainable wine-growing practices, making a point to partner with vineyards found within a 109-mile radius of his home in the Santa Rosa Valley.

“Wine is a high-value product that is very fuel-intensive to ship. But when it’s grown and consumed within 100 miles, that’s a positive for sustainability and our environment,” Kelley says. “We hope that when a person sees our wine list, it becomes a point of conversation about agriculture in our community and prods them to seek out other locally grown products.”

When travelling to a new place, tasting the local wine and cuisine can paint a vibrant picture of the area’s history, culture, personality and customs. Los Angeles has a booming food scene, but without tasting locally made wine, visitors miss out on an important part of the city’s history. For years, the city’s winemaking roots had been nearly forgotten and (literally) buried by rapid urbanization. It took a collection of ambitious winemakers, skilled viticulturalists and wine drinkers to realize the region’s long-overlooked potential.

Wine grown and made in LA County is entirely different from that made in Bordeaux, or Galicia or even Napa. But isn’t that unashamed individualism part of what makes LA special? The combination of soil, sun and human hands result in bottles that encapsulate LA’s spirit in a way that can’t be found elsewhere. LA County is on the brink of reclaiming its title as a preeminent wine region in California. It’s certainly something worth toasting to. 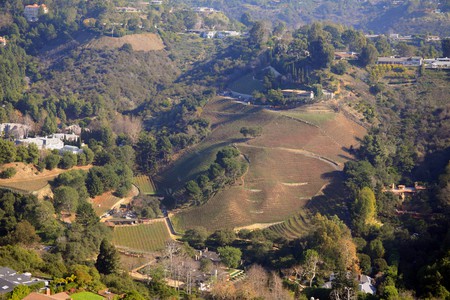