Women Surfers Are Riding the Wave to Equal Pay 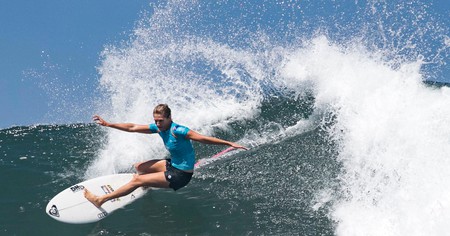 Australian Stephanie Gilmore competes in the Corona Bali Protected surfing event on May 25, 2019 | © MADE NAGI/EPA-EFE/REX/Shutterstock

Surfing has always been an important part of Bay Area culture, and now that women are guaranteed equal pay from surfing’s governing body, the hope is that more women here – and all over the world – will be inspired to paddle out and join the line-up.

There’s no denying that surfing is a male-dominated sport, but it wasn’t always that way. In fact, when people first started surfing in Hawaii in the 1600s, it was a communal activity for men, women and children, and Polynesian women were among the most elite wave-riders. Queens surfed. Princesses surfed. Everyone surfed.

Unfortunately, in more recent years, that kind of equality has been hard to find as women who want to surf are forced to battle male-dominated line-ups and gender-role stereotypes about what it means to be a woman surfer. Think itsy-bitsy bikinis and a false narrative that girls can’t handle extreme big waves. 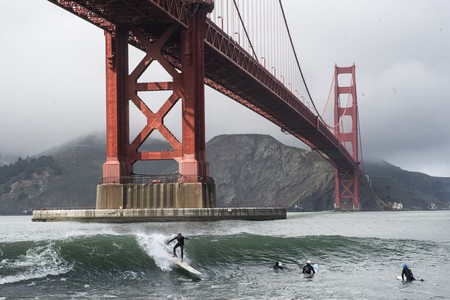 The tide is turning

The good news is that, finally, things are starting to change. The World Surf League announced in the fall of 2018 that men and women will be awarded equal prize money for all its events going forward. As a direct outcome of this, the 2018 Red Bull Heavy Water competition, the most challenging stand-up paddleboarding competition in the world, finally included female athletes on the roster. This race starts in San Francisco Bay, goes under the Golden Gate Bridge and then through double-overhead waves at Ocean Beach. Though the race was postponed until 2019 due to unfavorable weather conditions, it’s a big win for female athletes.

Also, for the first time ever, women will be able to compete in the Mavericks Challenge, one of the most exciting big-wave contests, in three heats. Women were invited to compete for the first time ever in 2016-17 because the California Coastal Commission made it a condition of the competition’s receiving a renewed permit, but they were only invited to participate in a single heat. Because of conditions, the contest did not take place that year or the next, so if it does happen in 2019, it will be the first time women have ever competed.

What does this mean for the future of the sport and young female athletes? Julie Cox, a talented longboarder and founder of Traveler, a surf club and shop in Pacifica with all female instructors, thinks it’s a great step in the right direction but that there’s still more to do. 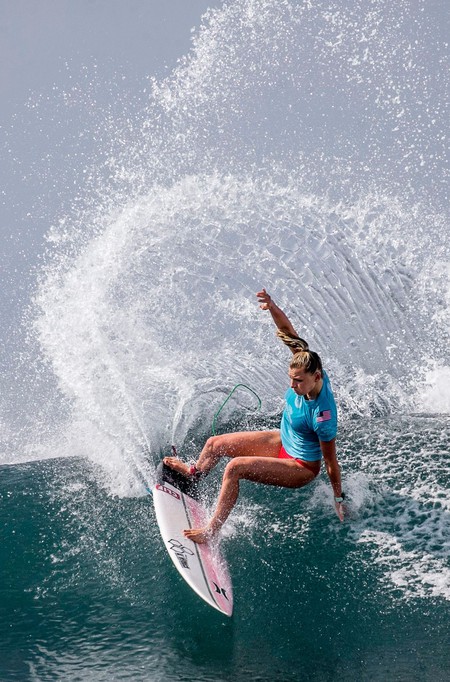 “There’s a light at the end of the tunnel for women surfers now,” Cox says. “Before, it was hard to make a living surfing, so you can see that path a little more clearly now if you’re a young surfer wanting to go professional.” The problem, she explains, is that while equal prize money is fantastic (if also long overdue), the sport still needs more women who are being sponsored by large companies.

“Contests take a lot of money to enter. You have to travel and pay for accommodations. The companies that are making money off of surfing need to sponsor the women so that they can get to these contests. Keala Kennelly, who is an amazing big-wave surfer and just won the Jaws event, doesn’t have sponsors, so she’s working side jobs to be able to pay for her surfing career, which is crazy.” 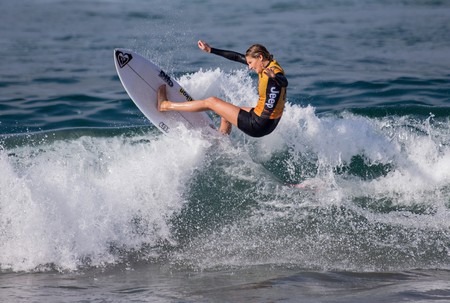 Ride the wave into the future

Still, it’s clear that surf culture is only going to get better for women, which means now’s a great time for people of all ages and genders to take up the sport. And there’s no better place to do it than in the Bay Area where there are a bunch of great beginner spots, like Bolinas Beach in Bolinas, Linda Mar in Pacifica and Cowells Beach in Santa Cruz. Just be sure to check the surf report on a site like Magicseaweed or Surfline, since conditions vary and can be intense.

Cox is keen to encourage anyone who wants to learn to surf, but admits the Bay Area surf (and the resulting culture) is a little more hardcore. “The beauty of it and the wild rawness of it is so gorgeous, but we’ve got the cold water and the bigger waves in the wintertime,” she says. A good rule of thumb? “When in doubt, don’t paddle out.”

Cox also encourages patience. After all, learning how to surf is a real challenge, but when you catch that first wave, the endorphin and adrenaline rush is like no other. She says it actually took her eight years to feel like a surfer, and that it can be an emotional rollercoaster, but that you’re also exercising without realizing it, getting in touch with nature and staying in the present moment. “It’s a long learning curve, but don’t let that get you down. Be patient with your expectations.”

She encourages everyone to read up on it and take a lesson first, and to look at it as more than just standing up on the board. “Just putting on the wetsuit and paddling out: that’s surfing. Don’t put all of this pressure on yourself to stand up; it’s so much about being out in the water, learning the ocean, trying something new and challenging yourself. It’s constantly humbling and can provide so many soul-fulfilling things. It’s really a beautiful, magical lifestyle and sport.” 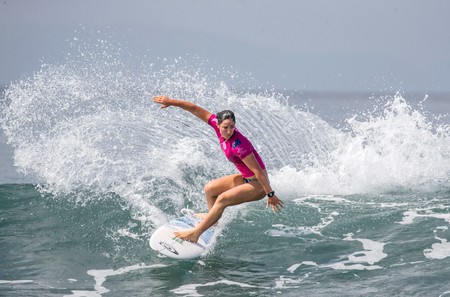