How Los Angeles Got Its Nickname 'The City of Angels' 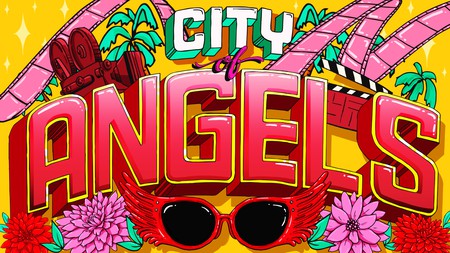 Why is Los Angeles so often referred to as ‘The City of Angels?’ Here’s the story of the origins behind LA’s angelic nickname.

The easiest and most obvious origin is a direct translation of los angeles, which in Spanish means ‘the angels.’ But the history of Los Angeles’ name is more complex than a simple translation – and plays an important role in the formation of this West Coast metropolis. Digging a little deeper into the city’s history is the first step in deciphering the meaning behind its now-famous name.

The City of Angels and its disputed history

Los Angeles’s official designation as we know it today relies on the combined efforts of settlers from Sonora, Mexico, Franciscan priests and Spanish colonizers, who moved to the southern California region in the 1700s. What they found was a rich landscape of wetlands, swamps and forests – and an established network of indigenous groups, including the Tongva.

For hundreds of years, the Tongva people existed in the area that is now called Los Angeles. Their principle village, Yaangva, flourished on the banks of the Los Angeles River, providing resources like fish, nutrient-rich soil and fresh water before it empties into the Pacific Ocean. They called the swath of land between the mountains and the ocean home for countless generations, traded with other groups across the southwest, created art and practiced religion. At their peak, some estimates place their population at 10,000.

As colonizers and missionaries moved in, the Tongva people faced the same hardships and disease as many other Native American groups. The land at the banks of the Los Angeles River, the history books decided, were no longer called Yaangva; the Spanish moving in deemed it El Pueblo de la Reina de los Angeles, ‘the town of the Queen of the Angels,’ referring to the Catholic figure of the holy Virgin Mary. This once-small settlement was centered near what is now Union Station in downtown Los Angeles.

Some argue the historic name is simply Ciudad de los Angeles, or ‘city of the angels.’ This shorter name is easier to say and, admittedly, has more of a ring. Regardless, this historic name is the closest to what the modern city is called.

The City of Angels certainly tries to live up to its name, too. Through the 20th century, immigrants were attracted by a promised paradise: endless orange groves, a temperate climate and money to be made, as described by aggressively promoted booster campaigns. Families were told to leave the cold, increasingly crowded cities of the east and midwest far behind – the City of Angels was portrayed as a heaven on Earth. This ambitious marketing campaign was successful, luring thousands to the burgeoning city.

Even if it isn’t exactly the utopia that it once was believed to be – Neil Simon once described Los Angeles as “like paradise with a lobotomy” – the City of Angels inspires, sharing its name with films, albums, songs and television episodes. In the 1998 film City of Angels starring Nicolas Cage and Meg Ryan, modern Los Angeles is portrayed as a literal city of angels, as seraphic beings protect and interact with mortal humans.

The booster campaign of the 19th and 20th centuries gave Los Angeles countless nicknames, ranging from ‘Land of Eternal Spring’ to ‘The Wonder City of the United States’ and the home of ‘Sunkist Skies of Glory.’ Even so, ‘the City of Angels’ is arguably the oldest moniker, and best represents the city’s multidimensional history rooted in immigration, colonization, expansion and mythology. And even though the city might not be totally angelic, the name isn’t going anywhere.