The Best Hotels Near Los Angeles 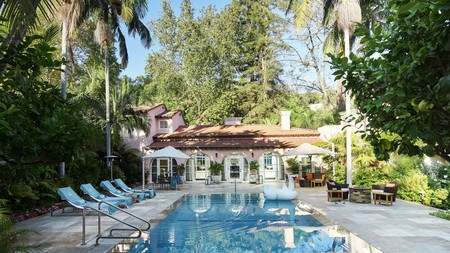 Grace Kelly stayed at Hotel Bel-Air so often, there is now a suite there named after the movie star | Courtesy of Hotel Bel Air / Expedia

As you’d expect from one of the world’s largest and most vibrant cities, there’s a bewildering choice of hotels in and around Los Angeles, California. To help you find the perfect base for your exploration of La La Land, Culture Trip looks at eight of the best hotels near to and in LA, including a French-style hummingbird retreat and some great places for celebrity spotting.

Shutters on the Beach 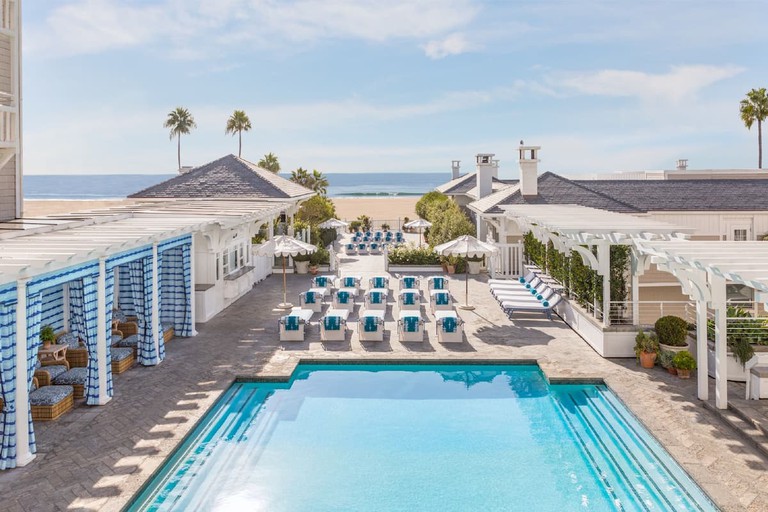 Courtesy of Shutters on the Beach / Expedia
View Rooms
Etc Hotel’s palatial Shutters on the Beach is located next to the company’s smaller, Mediterranean-style Casa del Mar in Santa Monica, a half-hour drive from Downtown Los Angeles. All of its 186 rooms and 12 suites have balconies overlooking the Pacific and owe their homey style to interior designer Michael S Smith. Works curated by Etc’s fine arts advisor, Cynthia Greenwald, can be found throughout the property, and her Go Green Gallery Guide enables guests to explore the city’s dynamic creative scene. Three bars and restaurants, a pool and a spa complete Shutters’ five-star offering.
EVERYTHING YOU NEED TO KNOW 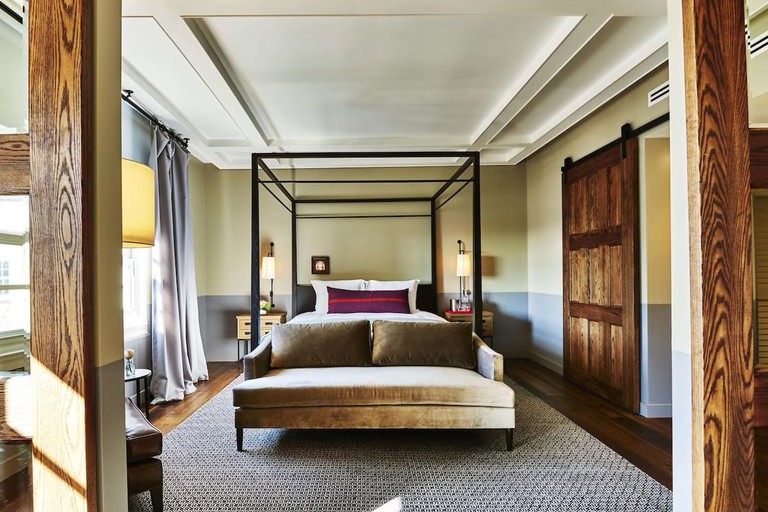 Courtesy of The Hollywood Roosevelt / Expedia
View Rooms
Hollywood accommodations don’t come much more iconic than The Roosevelt. Opened in 1927 and named after the United States’ 26th president, Theodore Roosevelt, this establishment has 300 rooms and suites in a Spanish Colonial Revival-style building on the Walk of Fame. Hang out in the 1960s-themed Tropicana Pool and Café and admire the underwater mosaic, painted by David Hockney. Alternatively, kick back in The Spare Room, a moody bar modelled on Prohibition-era drinking dens. All-day dining is available at posh in-house burger joint 25 Degrees.
EVERYTHING YOU NEED TO KNOW 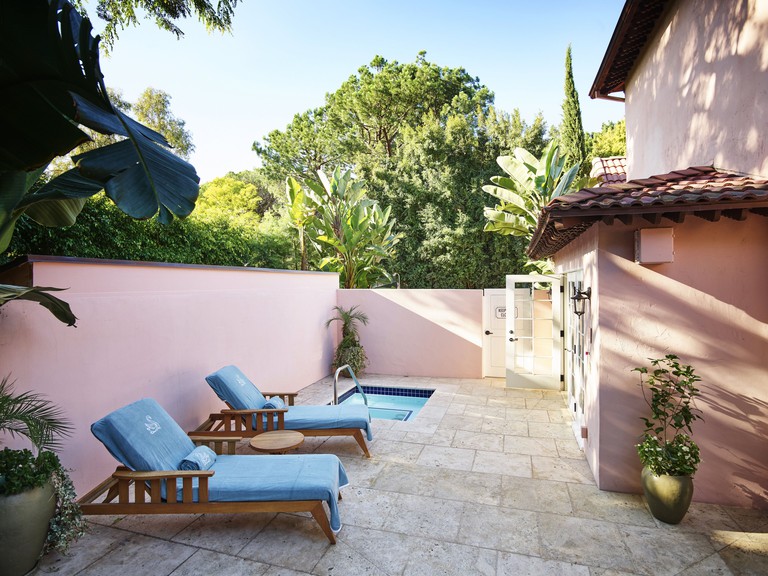 Courtesy of Hotel Bel Air / Expedia
View Rooms
Hotel Bel-Air’s main building dates from 1922, when it served as operations headquarters for Alphonzo Bell, the oil tycoon developing the area. However, it wasn’t opened as a hotel until 1946. It quickly became one of Hollywood’s most fashionable hangouts, attracting stars such as Cary Grant, Audrey Hepburn and Grace Kelly throughout the 1950s: in fact, Kelly stayed here so often that she had a sumptuous suite named after her (it has its own garden, pool and hummingbirds). Michelin-starred chef Wolfgang Puck is installed in the kitchen and the walls of the sleek Bar & Lounge are adorned by Norman Seeff photography.
EVERYTHING YOU NEED TO KNOW 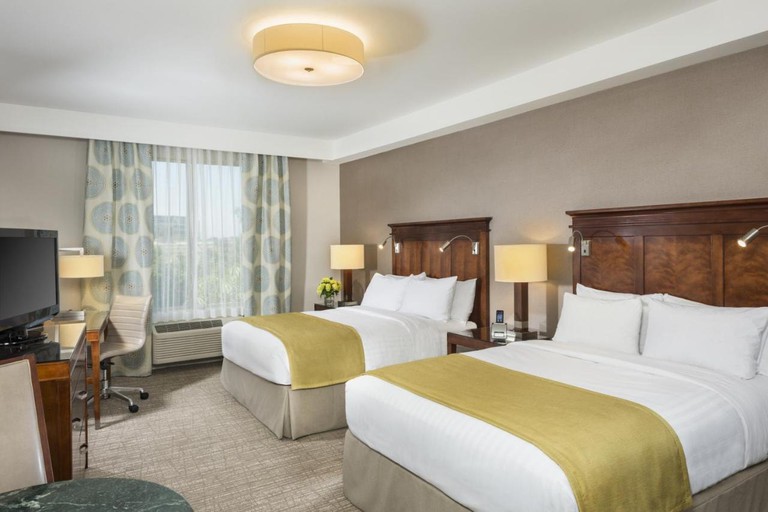 Courtesy of Ayres Hotel Anaheim / Expedia
View Rooms
A family-run business started in the early 20th century, Ayres Hotels has accommodations in two attractive LA suburbs: one in Diamond Bar, the other in Hawthorne, Manhattan Beach (30- and 25-minute drives from Downtown, respectively). Both have understated, classical suites with either one or two double beds, accented in sober dark greens and decorated with handmade furniture. The Hawthorne property has a courtyard and fountain that wouldn’t look out of place in a 17th-century Spanish villa, and both have heated outdoor pools. Pets are welcome in both hotels.
EVERYTHING YOU NEED TO KNOW 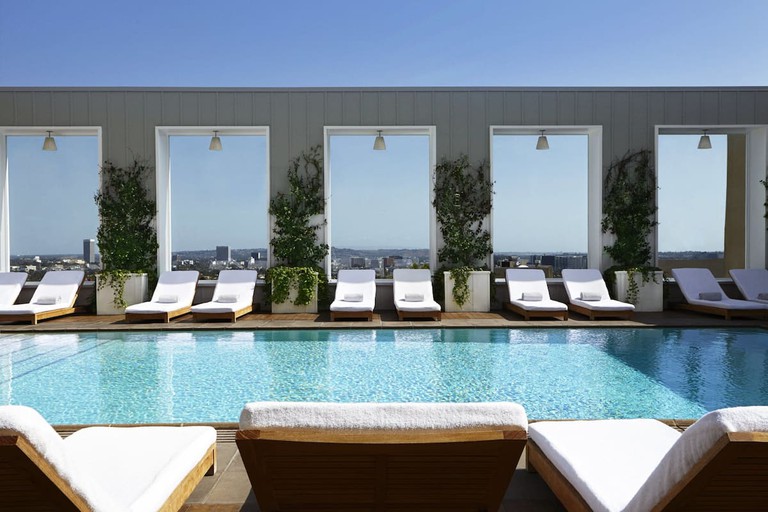 Courtesy of Mondrian Los Angeles / Expedia
View Rooms
Sbe’s four-star Mondrian Hotel, a haven of futuristic luxury on Sunset Boulevard, is ideally located for a visit to attractions such as Fox Studios, the Dodgers Stadium or Rodeo Drive. Rooms and suites are dominated by white, but the snowstorm effect is offset by flashes of Mediterranean blue and grey, surrealist furniture. They range in size from the standard double to the Skyview Loft and Penthouse and some have balconies. Up top, you’ll find a pool and terrace that morphs into a romantic restaurant after dark, with unbroken views of the LA skyline.
EVERYTHING YOU NEED TO KNOW 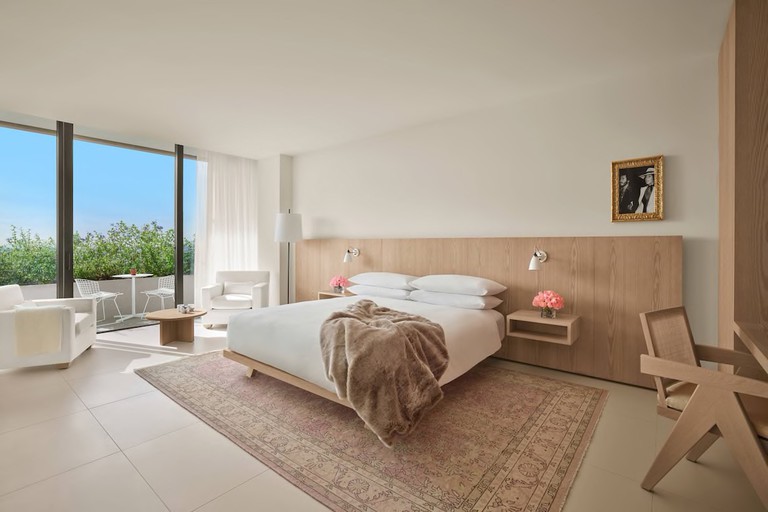 Courtesy of The West Hollywood Edition / Expedia
View Rooms
Further down Sunset Boulevard is the West Hollywood Edition, offering modern accommodations detailed by hotelier and designer Ian Schrager. Even the Standard King rooms have floor-to-ceiling windows looking over the hills or city, and the largest suites and penthouse have private terraces that feel as if they’re miles above the streets. Dine by tropical greenery at onsite restaurant Ardor, run by one of the world’s finest vegetable chefs, or party at the hotel’s ’60s- and ’70s-themed nightclub, Sunset.
EVERYTHING YOU NEED TO KNOW 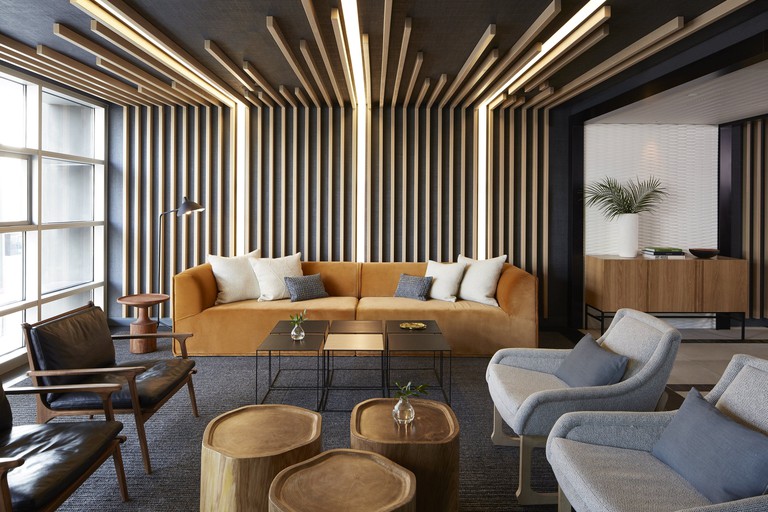 Courtesy of Kimpton Hotel / Expedia
View Rooms
Kimpton’s four-star Hotel Wilshire is located in the Miracle Mile district, within easy reach of Beverly Hills, West Hollywood and Downtown Los Angeles. The property offers everything that you’d expect from a world-class franchise: modern, flawlessly equipped rooms and suites, a rooftop pool, bar and restaurant and seasonal menus celebrating Californian ingredients and garden-to-glass cocktails. You can also achieve a zen-like state by using the in-room yoga mat, join a wine tour every evening, or hire a bike from reception and glide around like a local.
EVERYTHING YOU NEED TO KNOW 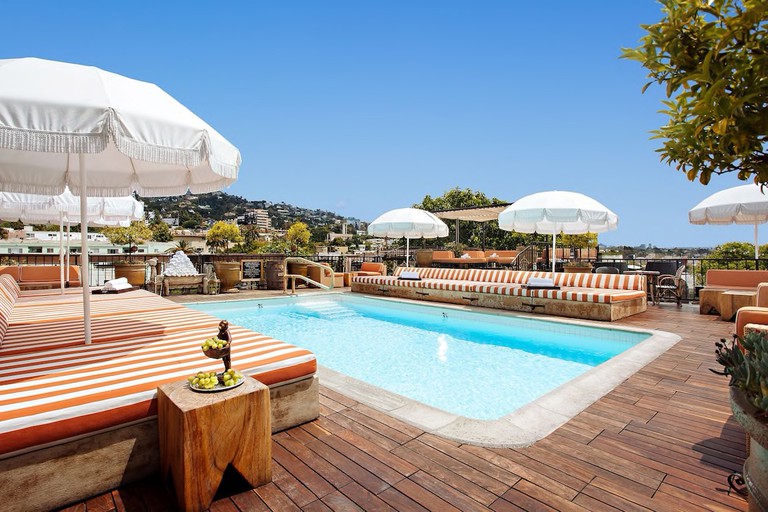 Courtesy of Petit Ermitage / Expedia
View Rooms
Travellers wanting to shut out the city at night won’t do much better than the Petit Ermitage, a West Hollywood boutique with its own hummingbird and butterfly sanctuary. Protected from the outside world by thick walls of bougainvillea, this eccentric escape offers rooms and suites inspired by the south of France, located off winding corridors that double as an art gallery. The Ermitage’s key draw is its chic rooftop pool area, where you can survey the skyline from the comfort of a private cabana or dine among hummingbirds in The Garden restaurant.
EVERYTHING YOU NEED TO KNOW
Give us feedback