Historic Hotels With Tales to Tell in California 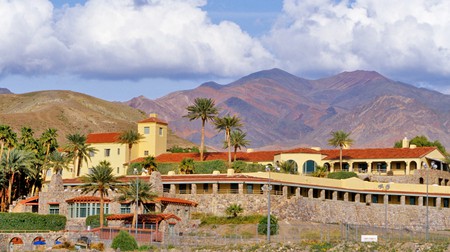 Head way out west to these storied stays in California – perfect pit stops for a Pacific Coast Highway road trip.

California‘s abundant natural resources and prime position on the Pacific beckoned people west in the 1800s. Stately homes were built to house the influx of monied families and the building boom continued in the 20th century, as Hollywood’s golden era gave birth to a wave of wealthy actors searching for starry getaways in all corners of the Golden State. Today, many fabled properties stand reimagined as luxury hotels that preserve the past while catering firmly to the present. Oh, if these walls could talk. 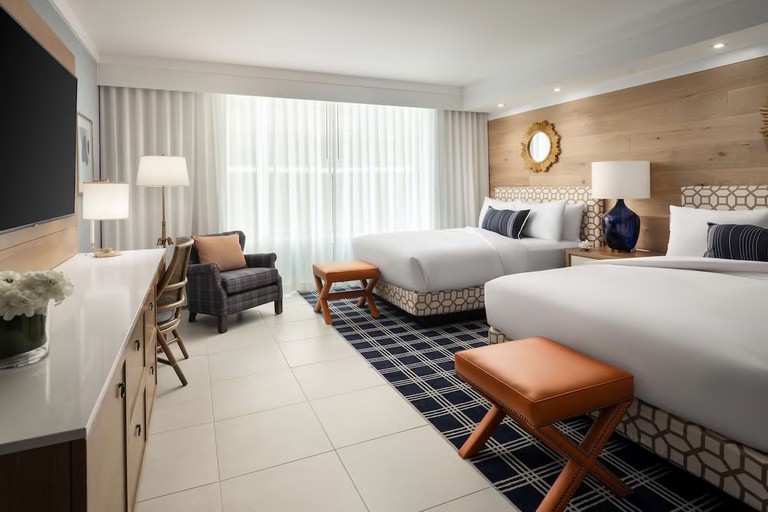 Courtesy of Hotel del Coronado, Curio Collection by Hilton / Expedia
View Rooms
Considered a technological marvel when it was built in 1888, the Hotel del Coronado was one of the country’s largest buildings to be fully “electrified”. It also had steam-powered hydraulic elevators and a state-of-the-art fire sprinkler system (fancy). To keep up with the times, the beachfront property on Coronado Island – south of San Diego – is constantly evolving with a $400m (£300m) expansion. The restored Babcock & Story Bar, with a 50ft (15m) mahogany bar and cupola, is the best place to channel your inner Jack Lemmon (scenes from Some Like It Hot were filmed at the Del in 1958).
More info 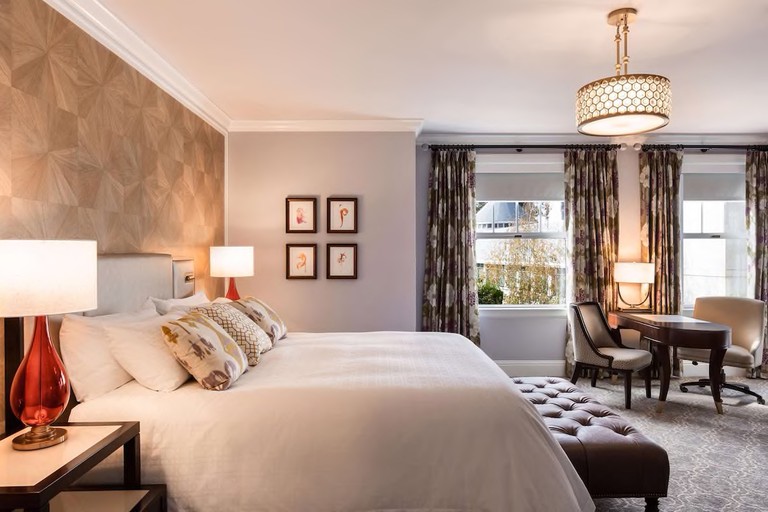 Courtesy of Claremont Club & Spa - A Fairmont Hotel / Expedia | Courtesy of Claremont Club & Spa - A Fairmont Hotel / Expedia
View Rooms
After commuter trains were introduced in the early 20th century, the 1915 Claremont Club and Spa gave wealthy visitors access to San Fran’s East Bay, where they could relax and socialize. The castle-like hotel still offers luxury and convenience; it’s 1.8mi (2.9km) from the University of California Berkeley campus and 6mi (9.6km) from the Oakland Bay Bridge, zipping you straight into the city. Many modern flourishes have been added, including a spa offering deep-tissue massages and an open-air fitness room (nay, pavilion) with free weights and Technogym cardio equipment.
More info

The Oasis at Death Valley 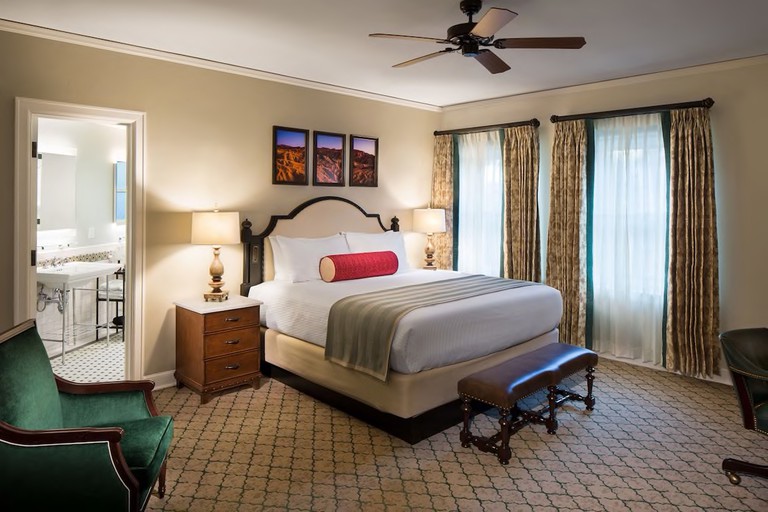 Courtesy of The Inn at Death Valley – Inside the Park / Expedia
View Rooms
This desert stay has been a Hollywood hideaway since 1927 – Marlon Brando is among the roll call of former guests. The hotel’s old-world elegance was restored following a $100m (£75m) renovation and today new digs include 22 casitas, set beneath swaying date palms, with living rooms and sleeper sofas. Soak in the spring-fed pool (always heated to 87F, 30.5C), seek shade from Death Valley’s ever-present heat under a cabana or sip a cocktail from the Stargazer’s Deck beneath the Milky Way and understand why Hollywood stars were more than happy to trek to this remote corner of California.
More info 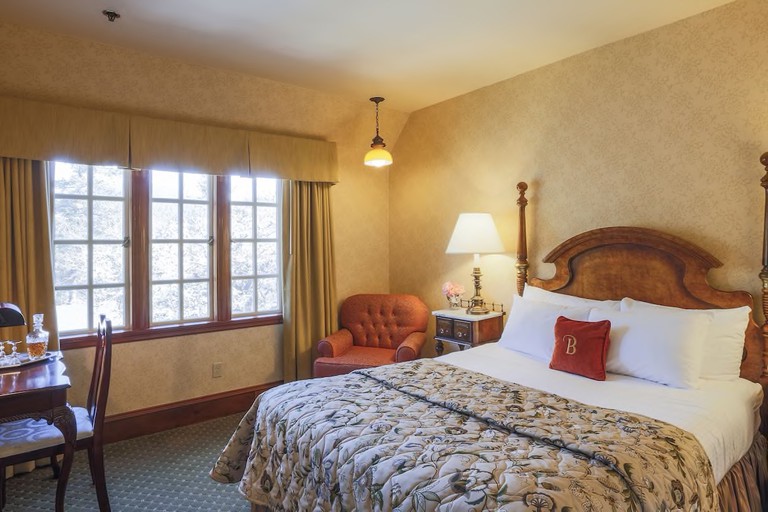 Courtesy of Benbow Historic Inn / Expedia
View Rooms
This Tudor-style treasure transports guests back to the 1920s. The Benbow family – nine industrious brothers and sisters, behind the Benbow Dam and Power Company – built the property to give well-heeled wanderers access to the great outdoors. The hotel is located in the heart of redwood country, which you can take in via horseback riding, golfing, hiking, boating and fishing on the Eel River. The Benbow was designed by Albert Farr, who also styled author Jack London’s Wolf House in Glen Ellen. Benbow Founders’ Rooms, themed after the original Benbow family members, feature authentic twenties decor with wingback chairs and vaulted ceilings.
More info 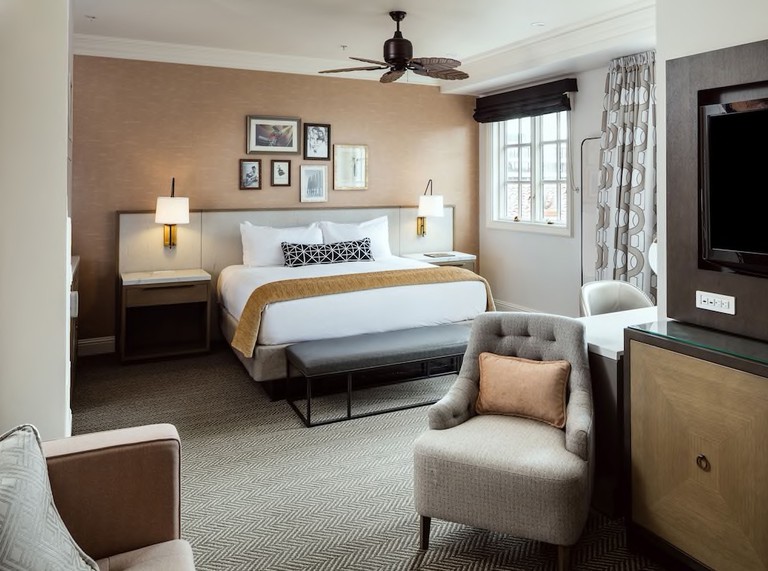 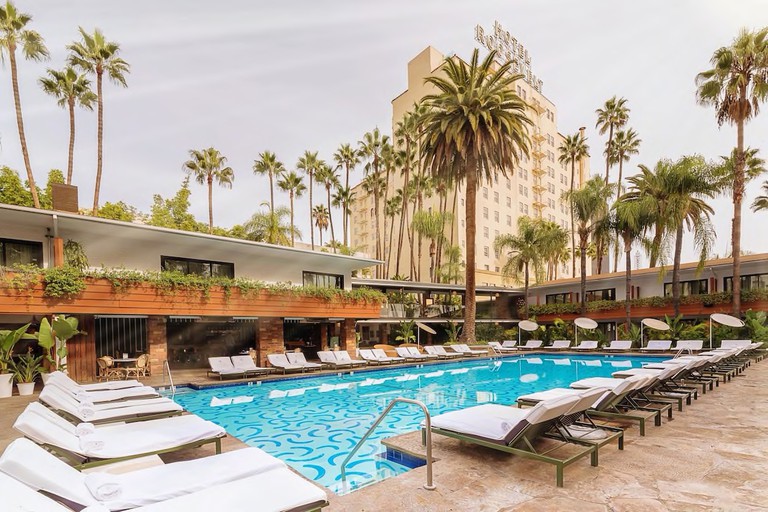 Courtesy of The Hollywood Roosevelt / Expedia
View Rooms
Designated a Historic-Cultural Monument (it’s a thing), Clark Gable and Carole Lombard lived in the Hollywood Roosevelt, while icons including Charlie Chaplin and Marilyn Monroe were frequent guests. The latter’s namesake open-plan suite has white furniture, sleek hardwood floors, vintage Eames pieces and a wrap-around balcony, where you can stand (nonchalantly) as a cool breeze whips up your skirt, much to the surprise of diners at the Tropicana Pool & Cafe below. The Sixties pool, which sports a mural at the bottom by David Hockney (reportedly worth millions), is still one of the most stylish places in LA to swim and sip cocktails such as a prickly pear margarita.
More info 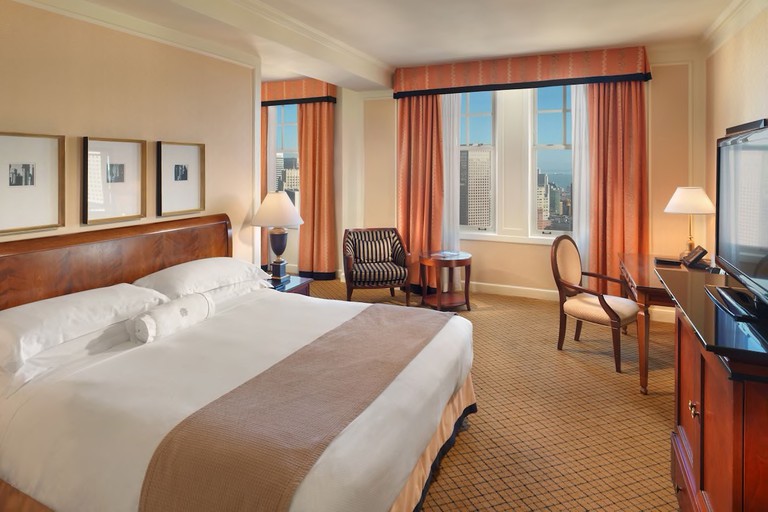 Courtesy of InterContinental Mark Hopkins / Expedia
View Rooms
This former 40-room mansion, built by Mark Hopkins, founding father of the Central Pacific Railroad, became the 19-story Mark Hopkins Hotel in the 1920s. The hotel quickly became a prestigious address, hosting statesmen, celebrities and presidents. The inception of the United Nations took place at the hotel in 1945. Opulent guest rooms have unique artwork and modern amenities, and the hotel’s Top of the Mark sky lounge has been one of the swankiest places in San Francisco to sip a dirty martini in style.
More info 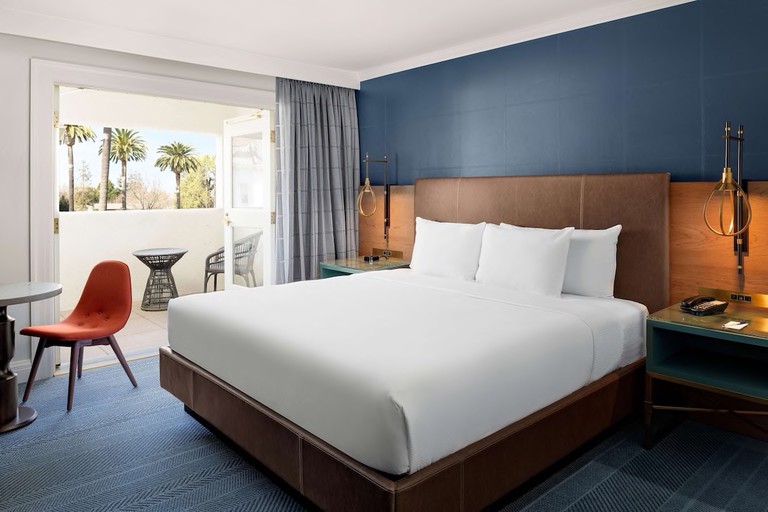 Courtesy of Hayes Mansion, San Jose - Curio Collection by Hilton / Expedia
View Rooms
Whitewashed Hayes Mansion was completed in 1905 for a wealthy iron-ore mining family. On the National Register of Historic Places, the mansion is one of the best examples of Mediterranean revival architecture in the Santa Clara Valley. Though the property became a hotel in the nineties, much of the Hayes family’s land is now a public park, with 20 acres (8ha) of landscaped grounds featuring manicured lawns and birds of paradise. Guest rooms take their inspiration from the turn of the century – with wooden furniture, herringbone-patterned carpets and gilded light fixtures.
More info 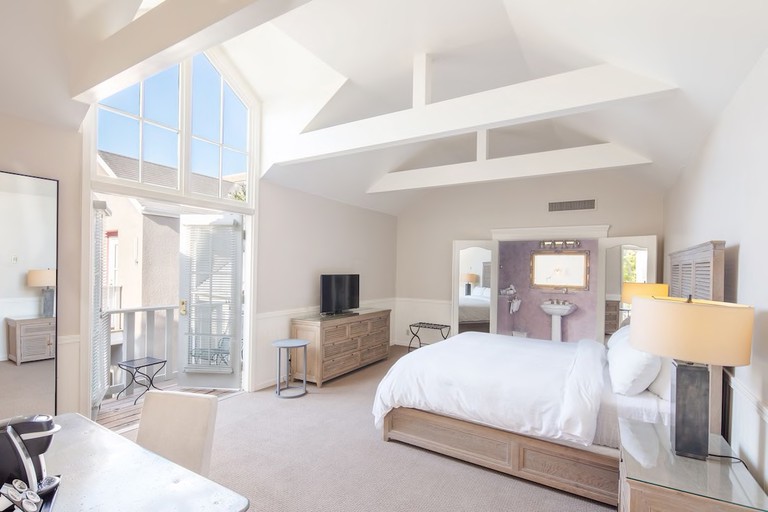 Courtesy of Hotel La Rose / Expedia
View Rooms
Built in 1907 by Italian stonemasons, Hotel La Rose, located on Santa Rosa’s Railroad Square, was registered on the National Trust for Historic Places and renovated in 1985. Guest rooms are located in the main building or the airy Carriage House, and no two rooms are alike, furnished with antique finds. A parade have private patios or balconies and some surround a rose-garden courtyard. Situated close to Highway 101 – switchback setting for classic Californian road trips – Hotel La Rose is a convenient cork-pop away from Sonoma’s wineries, redwood forests and Pacific coastline.
More info 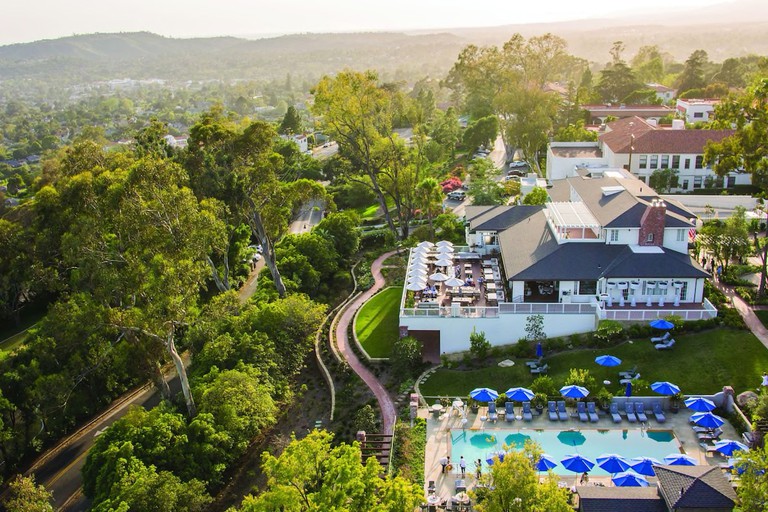