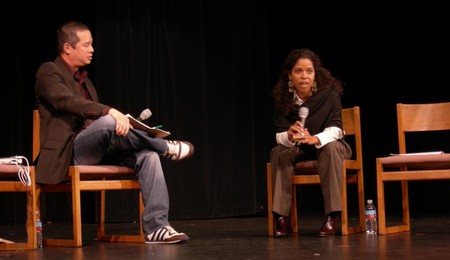 The relationship between culture and American capitalism is… strange, to say the least. They both need each other to flourish, but at the same time, they end up suppressing each other just as much. This ebb and flow holds true especially in the world of hip-hop, which has held a special place in American society, economics, and politics since its inception. But even only 40 or so years down the road, the more important points of discussion surrounding hip-hop culture have gotten lost in the numbers, the money, and the hype with which it has always coexisted. It’s easy to judge the most important hip-hop artist by the number of units they sell, or the number of people they offend. Rarely do any accounts of hip-hop really take on its cultural, historical, and global significance beyond the world of academia without falling into spats of opinion (and even the academic realm doesn’t always do much better). Enter Hip-hop journalist Jeff Chang’s 2005 book Can’t Stop Won’t Stop: A History of the Hip-Hop Generation, and finally that conversation feels much more refreshed and diversified.

I know that writing about this over ten years after the fact makes it seem like I’m late to the party, but really this is a book worth reading no matter what year it is. Unlike so many others charting hip-hop’s cultural ups and downs by record sales and pop media press, Chang sheds an incredibly in-depth light not just on the rappers of the hip-hop generation and beyond, but the entire culture and its art forms as a whole, and it doesn’t stop there. This book isn’t just about the Pac’s and Biggie’s of hip-hop past; it traces the roots of the culture in every sense possible, reaching as far back as outdoor dub parties in Kingston fueling hip-hop founder DJ Kool Herc’s manipulation of stereo systems, to the most obscure and earliest graffiti artists of 1970s New York’s subway systems and ghettos.

Chang leaves literally no stone unturned in this one, and for good reason. It’s one thing to glide over the finer details of a culture, but it’s also just as tricky to avoid falling into perpetual fact-recall mode. It’s just in this trickiness where Can’t Stop Won’t Stop succeeds so much – the amount of detail into which he delves for every possible factor of hip-hop is like a music nerd’s dream! The depth of history runs deep, with Chang articulating the rise and fall of multiple waves of hip-hop artists, giving even the most uninformed reader a reputable knowledge of artists like Public Enemy, Jean-Michel Basquiat, and Snoop Dogg. Going beyond a mere chronological recounting of what albums came out when, Chang highlights the real significance of these artists and what they have meant to modern American culture. The sheer interconnectedness of hip-hop to the deeper reaches of music’s past in America, including soul, funk, blues, jazz, R&B, and rock, puts music on a much grander of a scale of importance in terms of American consciousness and identity.

Chang fires off countless statistics and factual evidence throughout, but all of it serves a greater, more emotionally rich and deeply rooted purpose of illuminating the greater political, socioeconomic, and racial implications of everything about the collective hip-hop experience. Whether describing the violent crime of the Bronx’s earliest street gangs and drug pushers, the clothes on Run-DMC’s backs at their rise, or the shock and awe of white America to the sound of NWA and Public Enemy, the point of all of these finer facts is to boil down hip-hop and America’s relationship to what Chang defines best in the book: ‘neglect, seduction, fear.’

The Bronx | © The All-Nite Images/Flickr

Even more than connecting the artistic and cultural dots of people throughout hip-hop’s history, Chang draws the reader into considering the deepest political motivations and actions of both those a part of and against hip-hop throughout modern history. Chang’s telling of this history is the most fascinating of all, opting for a telling from the bottom, instead of the academic vantage point to which so many other hip-hop scholars fall victim. The narrative of racial struggle and the consequential formulation of DJing, rapping and b-boying in street parties, all the way through the burning of Los Angeles during the Rodney King riots, is masterfully woven together with hard factual evidence and equal parts personal accounts of various crucial moments in the cultural formations of hip-hop. Even for the reader who wasn’t born during these historic moments, it can feel as if they understand the sociopolitical side of history a little bit more by reading this book.

There is so much to be found in this book, but the utter boldness of Chang’s stand for hip-hop and, more importantly, the non-white experience throughout modern American history stand above all else. The urgency of his language, the obviously tremendous effort that went into documenting a cultural history in the most honest possible way, and the fearlessness to stand against evolving institutional oppressions that have come to help define the struggles and especially the triumphs of hip-hop’s growing generations all work together to poignantly exemplify the beauty of cultural perseverance in all its messiness and glory.