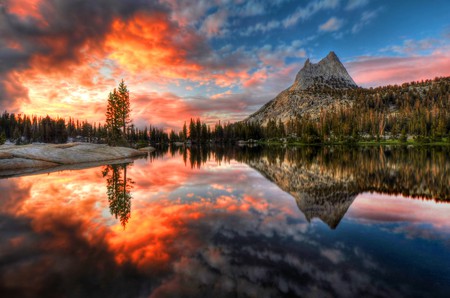 Imagine yourself gazing out over waterfalls, valleys, meadows, ancient sequoias and a vast wilderness. Yosemite National Park, the 195-mile escape outside San Francisco, is a playground for the naturalist at heart. Visitors can experience the history and geography of California, which is dominated by mountain regions. Read on to learn how to plan a trip, why some call it ‘heaven on earth,’ and where to go for an end-of-trail treat. 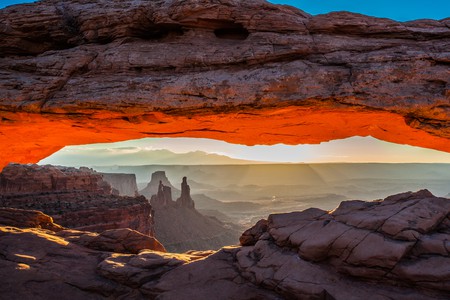 Rated one of the most dangerous climbs in America, this hike is not for the faint of heart. Those with a fear of heights are encouraged to embark on one of Northern California’s lower-altitude climbs. For the brave, the ten to 14-hour journey can be conquered by the most average to avid of hikers, from the young to the young at heart.

Half Dome is ‘the ultimate Yosemite day hike — the one you can’t die without doing,’ according to YosemiteHikes.com, ‘and the one you’re most likely to die while doing.’ 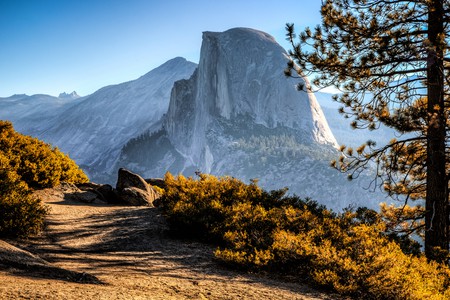 In spite of its rigorous reputation, many say the risk is ‘worth the effort.‘ A permit obtained through an online lottery is required to summit the last stretch of the mountain to prevent overcrowding. Its peak season runs from mid-May to early June through Columbus Day in October. Many choose to do a day trip while others prefer to spread the journey out across a period of days.

Backpackers can better take in the scenery and adjust to the 4,800-foot elevation gain. The distance covered depends on the starting point and can span anywhere from seven to 23 miles. Hikers are bound to meet wildlife on the trails, which can include black bears. Safety and proper food storage practices — especially at night — are vital. 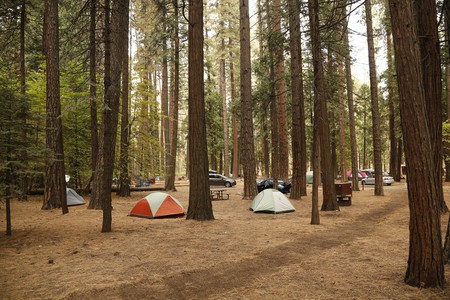 Day trips often begin in the early morning on the Mist Trail, known for its otherworldly waterfalls and dangerously beautiful raging rivers. Backpackers can camp overnight in Glacier Point and wake to views of the statuesque mountain. From there, they can hike toward the base of Half Dome and stay the night in Little Yosemite Valley, swim in the river and rest before the big climb.

On the day of, hikers reach the permit-only base known as Sub Dome. There, they scale a granite staircase to the heavens. The greatest thrill, however, may be the final 400-foot vertical ascent to the top. The heart-pounding last stretch involves gripping two steel cables attached to the mountain, which most climbers don’t clip into. The climb tests the physical strength, mental prowess and boot tread of even the most seasoned hiker. 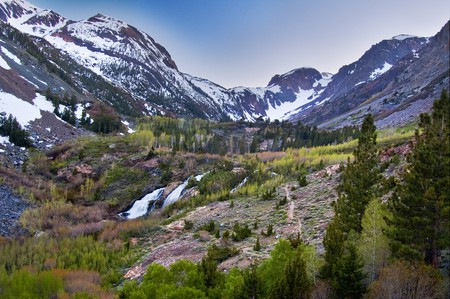 Few fatalities have occurred, but the National Park Service advises with adequate water, food, footwear, patience, gloves and common sense, hikers can make it up and down safely. One thing they don’t prepare for is the experience of a lifetime they’re most likely to have. If the altitude doesn’t take their breath away, the rush of jaw-dropping views and the enormous feat will do it.

‘(It was) one of the greatest days and experiences of my life,’ said one climber who made the trek from the UK last year to reach the summit for the first time. 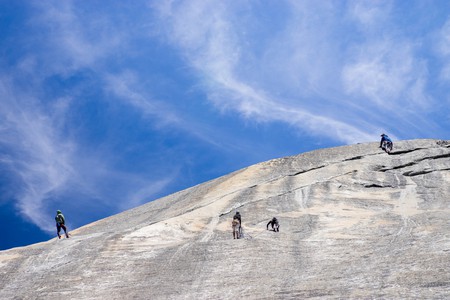 One way to finish a great hike is with an even more delicious bite. Exhausted hikers find end-of-trail bliss at Happy Burger Diner, where aching muscles and raging appetites are soothed.

‘It’s the best reward after a long trek and the best way to refuel.’ 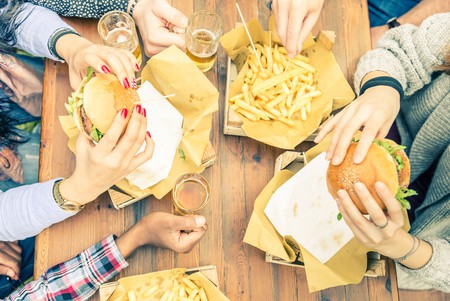 The old-school diner is located outside the national park and is known for ‘the largest menu in the Sierra.’ Fans drool over hand-churned milkshakes, garlic fries and juicy burgers. The affordable menu also features a domestic and specialty beer and wine selection and gluten and dairy-free alternatives to most dishes.

‘Everything on the menu is good,’ said Hillman, ‘but the milkshakes are what I come for.’ 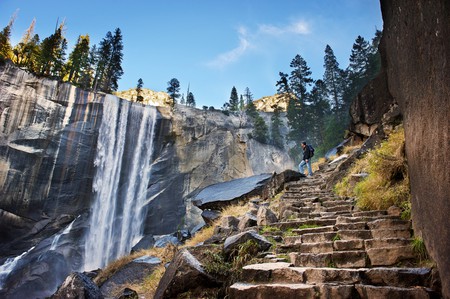 The nearly four-star rated stop is decked out with retro albums for an authentic diner feel. The dress code is casual, and most patrons arrive just off the mountain or from a campsite.

‘We have some regulars that will even drive all the way from San Jose just for our tuna melts,’ said a Happy Burger Diner staff member.

Breakfast is served from 5:30am to 11:30am and lunch and dinner are served until 9pm. The venue offers free wifi and a computer, charging stations for dead cell phones, three TVs, a complimentary meeting room, a patio with games, a play area for kids, souvenirs, discounts for hikers over 55, and free morning coffee and tea for veterans and their spouses. Outside, pets can roam in the outdoor doggy dining area. Tour buses and large groups are welcome, and the restaurant accepts all major credit cards. Visitors who wish to picnic are encouraged to call ahead for pickup on their way to and from the park. The historic town of Mariposa, Spanish for butterfly, was established in 1850 and is proud to be the ‘home of Yosemite National Park.’ Yosemite became a national park in 1864 and celebrated its 125th year anniversary in 2015. Its landscape is the result of glaciation, essentially glacier-formed art dating thousands to even millions of years back to the Ice Age.

At the journey’s end, visitors have a taste for what the National Park Service means when it says Yosemite is ‘not just a great valley, but a shrine to human foresight, the strength of granite, the power of glaciers, the persistence of life, and the tranquility of the High Sierra.’ 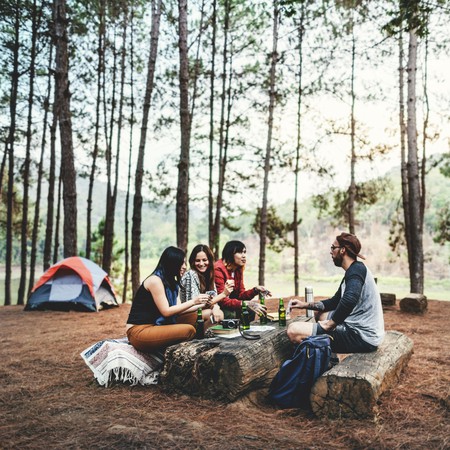 Heather is a San Francisco Bay Area native, writer, traveler, people lover and live-life-to-the-fullest enthusiast. Her mission is to open readers’ eyes to life outside their own backyards; to life beyond self. She graduated from Chapman University with a B.A. in communication studies and psychology and a minor in public relations. Learn more at Of Love And Wisdom.