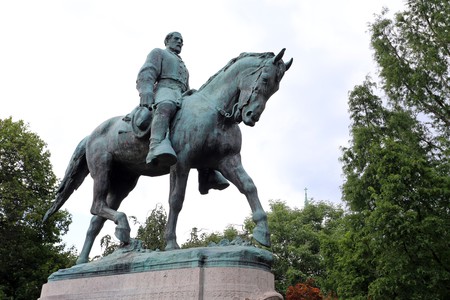 A statue of Confederate general Robert E. Lee stood at the center of a violent rally in Charlottesville, Virginia this past weekend. Many have argued that it’s time for memorials like these—erected to honor those who represented the South during the American Civil War—to come down, saying they’re symbols of slavery and racism. Though Charlottesville City Council had already voted to remove this particular Lee statue earlier this year, a group of white nationalists descended on the city this weekend in protest.

Carrying torches and chanting “You will not replace us,” they surrounded the monument on Friday night. Clashes between white supremacists and counter-protestors turned fatal on Saturday, when a car slammed into a group of pedestrians, killing 32-year-old counter-protestor Heather Heyer. Obviously, there’s a lot more going on here than a single statue—as evidenced by the numerous alt-right and white supremacist groups who showed up carrying Confederate and Nazi flags—but when it comes to the monument itself, even Lee would probably have been okay with its removal.

Robert E. Lee sided with his home state of Virginia during the Civil War, becoming a notable general in the Confederate Army. Lee’s side, of course, lost this war. Post-defeat, Lee seemed more interested in putting the past behind him and rebuilding the nation than romanticizing a version of events in which the South had won. 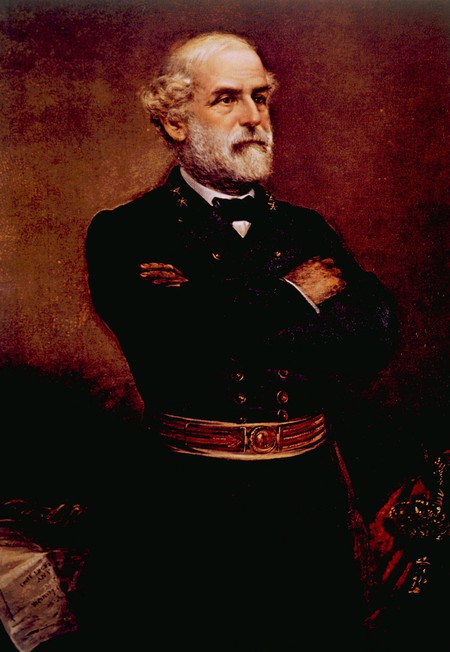 According to PBS, Lee declined an invitation from the Gettysburg Battlefield Memorial Association to “attend a meeting of the officers engaged in that battle at Gettysburg for the purpose of marking upon the ground by enduring memories of granite the positions and movements of the armies on the field.” He wrote this letter signaling his disinterest in 1869, not long before his death in 1870.

Jonathan Horn, author of The Man Who Would Not Be Washington, told PBS, “Lee believed countries that erased visible signs of civil war recovered from conflicts quicker. He was worried that by keeping these symbols alive, it would keep the divisions alive.”

The site of the attack on the eve of Heather Heyer’s memorial service. #charlottesville pic.twitter.com/V689Wn894b

Though Lee may have been correct about those divisions, he did not get his wish. The Charlottesville statue was erected in 1924. It was sculpted first by Henry Merwin Shrady, then completed by Leo Lentelli after Shrady’s death. According to the New York Times, Charlottesville city councilor Kristin Szakos had bought up the idea of removing the statue and other Confederate monuments in 2012. Szakos said she was met with immediate resistance, which included numerous threatening phone calls and emails.

“You would have thought I had asked if it was okay to torture puppies,” she said.

In 2016, Zyahna Bryant, a student at Charlottesville High School, petitioned for the removal of the statute, saying it was “very offensive.” In 2017, the Charlottesville City Council voted in favor of getting rid of the statue, only to be sued by detractors. This is an ongoing case and, as such, the statue has not been removed.

In light of the tragic events of the weekend, Lee’s descendants have expressed their own approval for removal of the statue. Brother and sister Robert E. Lee V and Tracy Lee Crittenberger, the general’s great-great-grandchildren, issued a statement against the Nazi, KKK, and white supremacist groups and their actions. Lee told Newsweek: “Our belief is that General Lee would not tolerate that sort of behavior either. His first thing to do after the Civil War was to bring the Union back together, so we could become a more unified country.” Lee V suggested that perhaps the statue could be relocated to a museum.